Demand for buying real estate in the virtual world of metavirs 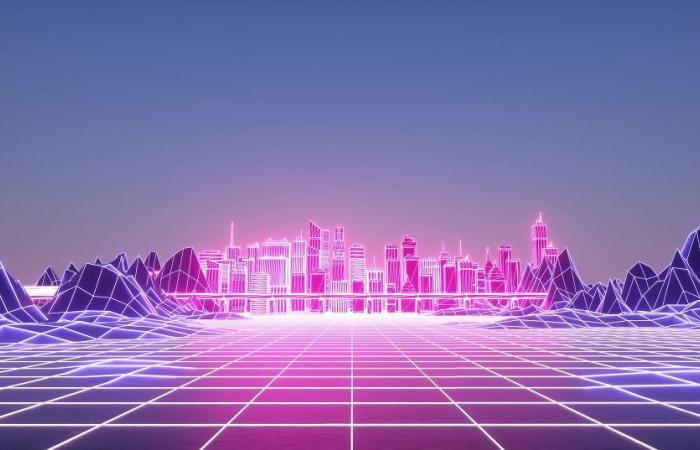 Spending millions of dollars to acquire virtual land may seem like a crazy idea, but the enthusiasm for parallel worlds is driving investors to rely heavily on the digital real estate sector.

New York-based Republic Realm announced this week that it has spent a record $4.3 million to purchase land through The Sandbox, a platform where participants can chat, play and even participate in concerts.

Days earlier, the tiny Caribbean nation of Barbados announced that it planned to set up an embassy in metaverses, a network of interconnected virtual spaces sometimes described as the future of the internet.

Interest in metaverses has risen since last October, after Facebook decided to make this idea its new project, and the group went even further by naming its parent company “Meta”.

Cathy Hackl, a technology consultant for companies wanting to enter Metaverse, noted that the strategic tipping point “has allowed millions of people to discover the term much faster” than she had expected.

Cryptocurrency database DAB showed that more than $100 million was spent over the past week on property purchases across the four major metaverse sites, namely The Sandbox, Decentraland, Crypto Voxels, and Somnium Space.

And Hackl saw that the large activity in the market in which landlords, tenants and real estate developers interact, does not come as a surprise.

She told AFP that they translate into the virtual world “what they know very well” in the real world.

Hackl explained that these sites need some time to become real metaverses that allow users to explore parallel worlds through virtual reality helmets, but digital real estate is already a financial asset, like real estate itself.

“It can be built on, rented or sold,” she added.

Tokens.com has acquired a significant plot of land across DeCentraland in the Fashion Street district, which the platform intends to transform into a virtual retail destination for luxury groups.

“If I hadn’t done some research to find out that it was such a high-value property, it would have sounded completely insane,” said Andrew Kegel, president of Tokens.com.

Kegel, who has worked for 20 years as a real estate investment banker, sees virtual land as an opportunity similar to real-world goods, as it is located in a trendy and crowded neighborhood.

They are “places for advertising and events where people will gather,” he explained, referring to a recent music festival that attracted 50,000 visitors across DeCentraland.

Luxury brands have already begun to enter the world of Metaverse. A Gucci handbag, for example, has been sold on the Roblox platform for more than the price of its physical version.

As for how to generate income, it can be “as simple as owning a billboard, or as complex as owning a store with a real employee,” he explained.

He added, “The customer can enter the store using his avatar, and look at 3D models of shoes that he can carry with his hands, and can ask questions” to the seller.

She was a real estate developer who sparked interest in 2006 when she sold land for $1 million in the virtual world of Second Life, a leading metaverse site.

Second Life still operates, but supporters of its new rivals point to one major difference.

On DeCentraland, all purchases, whether related to real estate or virtual artwork, are made through the non-fungible token technology (NFT).

Some netizens have spent tens of thousands of dollars on these digital things, making the concept arouse at once both enthusiasm and skepticism.

Kegel predicted that digital ownership will become prevalent in the coming years thanks to the blockchain technology (“Blockchain”) for digital transactions, which ensures the security and transparency of transactions.

“I can see the history of the owners, the cost of the item being offered and how it passed from one person to another,” he said. However, the investment involves risks, most notably the fluctuation in the value of the cryptocurrencies used to purchase NFT commodities.

Although virtual concerts on “Roblox” or “Fortnite” have attracted tens of millions of curious people, the paucity of data on metaverses indicates that the use of its specialized sites, including “Decentraland”, is far from existing social networks such as “Facebook” or “Fortnite.” Instagram”. Thus, the value of real estate investments in metaverses will depend on the number of people who visit these sites.

“I know this may sound a little strange, but there is a vision behind it all,” Kegel said.

These were the details of the news Demand for buying real estate in the virtual world of metavirs for this day. We hope that we have succeeded by giving you the full details and information. To follow all our news, you can subscribe to the alerts system or to one of our different systems to provide you with all that is new.