Oil prices are affected by the rise in US inventories ..... 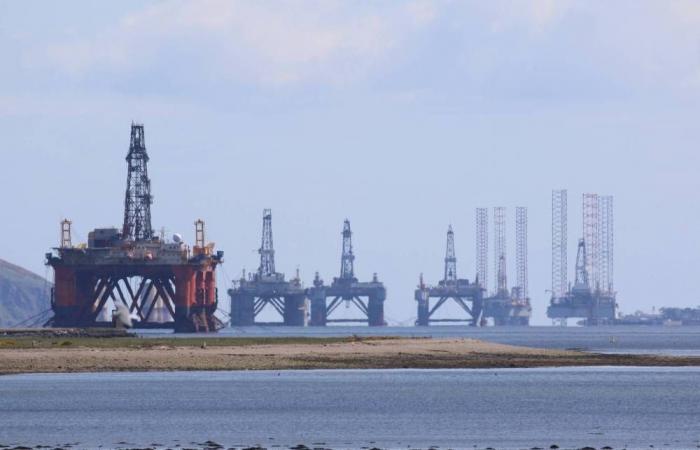 Crude oil prices fell for the second day in a row yesterday, affected by the rise in US oil inventories, in addition to the expectation that US President Joe Biden would resort to the decision to withdraw from strategic stocks.
The group of producers in “OPEC +” continues to follow a deliberate policy of production by implementing gradual monthly increases of 400,000 barrels per day, in which 23 producers participate, while the group’s energy ministers are preparing to review the market situation during the new monthly meeting early next month.
He told Al-Eqtisadiah, oil analysts, that the data issued by “OPEC” reduced concerns about the stability of supplies, especially after the organization confirmed that the global oil market will shift from a lack of supply to an increase in supply early next month, with the economic recovery faltering from the Corona virus pandemic.
They pointed out that the United States is still looking into the best mechanisms to confront the rise in prices, especially gasoline, as it tends to ban crude oil exports and release oil from the government’s strategic reserve.
In this context, Dr. Philippe Debisch, head of the European Energy Initiative, says that the decline in prices is due to the rise in stocks, but the general trend in prices is upward, noting that Brent crude jumped by about 60 percent this year to more than $ 80 a barrel, while prices recorded Natural gas in Asia and Europe record highs in recent times.
He stated that “OPEC” expectations that the oil market will witness a transformation into a surplus next month, due to the slowdown in the economic recovery from the Corona pandemic, the refinery maintenance season, and the rise in prices to levels that may harm demand, especially with the exacerbation of inflationary pressures in many countries of the world, especially the major consumer countries.
Goran Geras, assistant director of ZAF Bank in Croatia, believes that “OPEC +” has not yet shown any tendency towards a broader increase in oil supplies above the level of 400,000 barrels per day, and it is likely that the new meeting at the beginning of next month will not result in anything new. In group supply mode.
He pointed out that, according to OPEC’s assurances, the current economic recovery is very fragile, and that uncertainty dominates the global economy, which requires more vigilance on the part of producers and a willingness to take new steps appropriate to the needs of the market in the future.
For his part, Andrei Yaniv, a Bulgarian analyst and researcher in energy affairs, says that crude oil prices are receiving successive pressures from the rise in US oil stocks, noting that oil stocks were rebuilt during the past six weeks, and strong expectations prevail from major international institutions that “OPEC + It is unlikely to change its production plans or modify last July’s agreement.
He pointed out that reports issued by the International Energy Forum say that the “OPEC +” group is unlikely to change its course before next year, as some of the group’s energy ministers have hinted that they may reconsider production plans in the next quarter to accommodate any changes in the market.
Dr. Nagenda Komandantova, senior analyst at the International Institute for Energy Applications, notes that the 23 members of “OPEC +” are satisfied with the current production plan, according to which consensus and consensus were achieved, and therefore change may be difficult, especially since some producers are facing great difficulty in meeting production quotas. at current levels.
She indicated the US administration’s interest in the idea of ​​the United States banning the export of oil in order to reduce gasoline prices, but most reports indicate that this decision will harm American energy companies, and a price shock may occur if US crude oil exports are prevented, as other countries are expected to scramble to obtain Oil supplies, and it may end up not lowering gasoline prices, and thus abort American plans and goals.
On the other hand, with regard to prices, oil prices fell in the European market yesterday, so that US crude continued its losses for the second day in a row, and Brent crude is about to incur the first loss in the last three days, due to the rise in crude stocks in the United States, according to preliminary data from the Petroleum Institute. .
And pressure on prices is also the decline in US gasoline stocks, which strengthened the chances of President Joe Biden resorting to the strategic reserve to calm record fuel prices.
US crude fell 0.8 percent, to the level of $ 79.88, from the opening level at $ 80.54, and recorded the highest level at $ 80.66, and Brent crude fell 1.0 percent, to the level of $ 81.52 a barrel, from the opening level at $ 82.36, and recorded the highest level at $82.38.
In preliminary data, the American Petroleum Institute announced on Tuesday that commercial stocks in the country increased by 0.66 million barrels during the week ending on November 12, and experts expected a rise of about one million barrels.
In the framework of the weekly report of the US Energy Agency, expectations indicate an increase in stocks by about one million barrels.
The weekly report of the Petroleum Institute showed a decrease in gasoline stocks last week by 2.8 million barrels, exceeding experts’ expectations for a decrease of 0.6 million barrels.
This led to raising gasoline prices to new records in some US states and cities, which once again strengthened the possibilities that US President Joe Biden would use the strategic reserve to calm prices.
On the other hand, the “OPEC” crude basket rose, and its price reached $82.01 a barrel on Tuesday, compared to $80.9 a barrel the previous day.
The daily report of the Organization of Petroleum Exporting Countries “OPEC” said yesterday that the price of the basket, which includes average prices of 13 crude production from member countries, achieved the first rise after several previous declines, and that the basket lost a few cents, compared to the same day last week, in which it was recorded. $82.7 per barrel.

These were the details of the news Oil prices are affected by the rise in US inventories ..... for this day. We hope that we have succeeded by giving you the full details and information. To follow all our news, you can subscribe to the alerts system or to one of our different systems to provide you with all that is new.