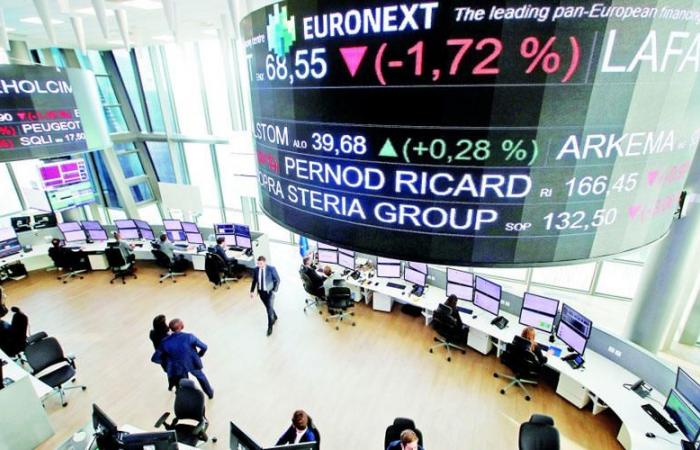 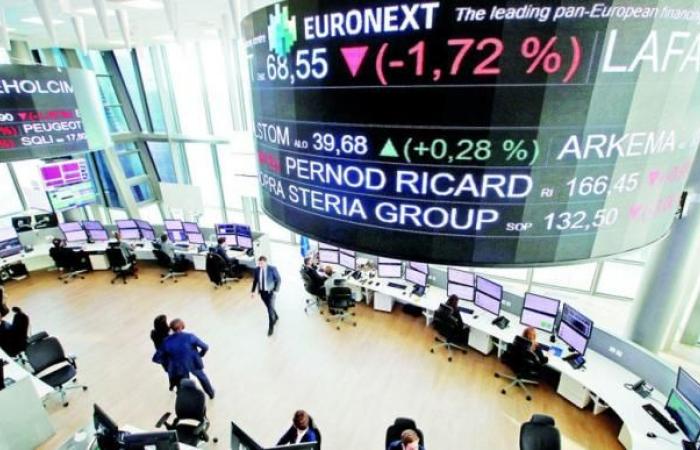 The European stock market closed at a record high on Wednesday, extending its gains for a sixth straight session, as positive corporate earnings reports overshadowed fears that rising gas prices would add to inflationary pressures.
The pan-European Stoxx 600 index ended the trading session up 0.2 percent.
According to the latest data from Refinitiv, profits of companies listed in the STOXX 600 are expected to jump 60.4 percent in the third quarter to 103.6 billion euros ($117.2 billion) compared to the same period last year.
European travel and leisure stocks bucked the market trend, with their index falling 1.7 percent.
Data showed that inflation in the euro zone rose in October to more than double the level targeted by the European Central Bank. More than half of this jump is due to sharp increases in energy prices.

On the other hand, Japanese stocks changed course to close lower, on Wednesday, as fears of rising costs and the decline in the yen outweighed the positive impact of the rise of technology stocks, following the footsteps of US stocks.
The Nikkei index fell 0.4% to 2,9688.33 points, while the broader Topix index fell 0.6% to 2,038.34 points.
Last night, the three US stock indices closed higher on the back of strong retail sales data.
“The yen’s weakness against the dollar is good for some companies, but it’s a negative for others, and investors are now focusing on the latter, especially with higher material costs,” said Yutaka Miura, an analyst at Mizuho Securities.
“However, the decline in Japanese stocks was limited thanks to the strong performance of US stocks,” he added.
The dollar rose to its highest level in four and a half years against the yen after stronger-than-expected US retail sales data.
(Reuters)

These were the details of the news European stocks to a new peak for this day. We hope that we have succeeded by giving you the full details and information. To follow all our news, you can subscribe to the alerts system or to one of our different systems to provide you with all that is new.