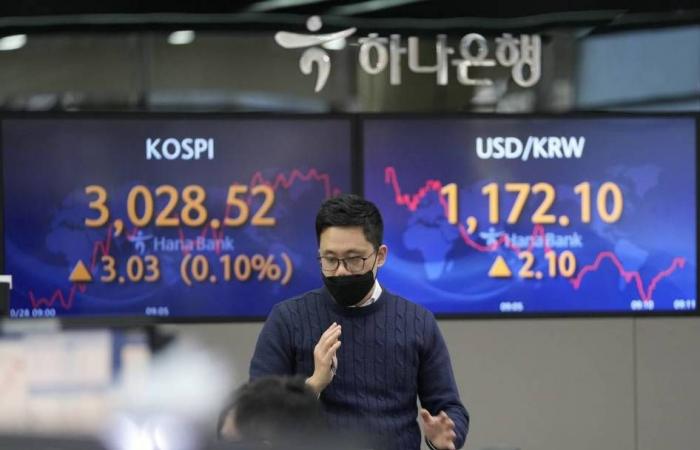 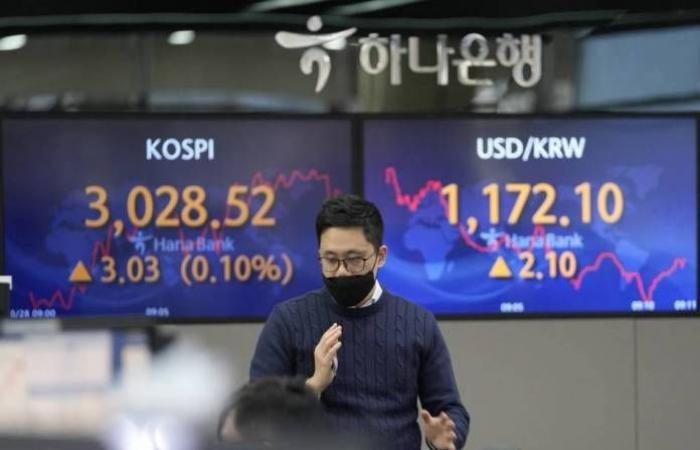 The performance of European shares varied without a clear trend, whether up or down, on Thursday, and some leading automakers warned of production damage due to a shortage of chips, while a limited number of companies announced positive results.
The pan-European Stoxx 600 index fell 0.01 percent after global stocks fell from their previous highs on the back of global supply chain problems, which focused the spotlight on with the announcement of companies’ results.
And Volkswagen, Europe’s largest carmaker, fell 2.7% after it cut its forecast for units to be delivered and reported lower-than-expected quarterly profit due to a global shortage of chips. The auto sector index fell 0.7%.
On the positive side, Airbus stock rose 2.8% after the company raised its financial targets for the full year.
Japanese
On the other hand, Japanese stocks fell, on Thursday, as disappointing expectations from technology companies led to a demand for selling, but the gains of major chip-related companies limited the losses.
The Nikkei index closed down 0.96% at 28,820.09 points, while the broader Topix index fell 0.7% to 1999.66 points.
“I expected some companies to deliver below market expectations in the current earnings season, but the downward revision of expectations was a big surprise,” said Shigetoshi Kamada, general manager of research at Tachibana Securities. This hurt investor sentiment.”
“Investors are awaiting Toyota’s results next week, because auto companies are affecting the sectors related to them,” he added.
Robotics maker Fanuc tumbled 8.66% after cutting its forecast for the current year, citing a lack of chips and other components.
Hitachi shares lost 1.92%, as production cuts by automakers due to chip shortages affected the technology company.
Computer hardware maker Fujitsu tumbled 8.14% after its forecast missed market estimates.
On the other hand, the share of Shin Etsu Chemical rose by 2.89%, and the share of Screen Holdings for chipmaking equipment jumped 8.22%, supported by strong results.
The shares of its peers Tokyo Electron and Advantest also rose 2.02% and 5.03%, respectively, which limited the Nikkei’s overall losses.
The airline index was one of the sectors that gained among the 33 sub-indices, rising 0.55% amid a sharp drop in new COVID-19 infections.
(Reuters)

These were the details of the news Gloomy expectations for companies continue to manipulate “global stocks” for this day. We hope that we have succeeded by giving you the full details and information. To follow all our news, you can subscribe to the alerts system or to one of our different systems to provide you with all that is new.