Oil fell to its lowest level in two weeks 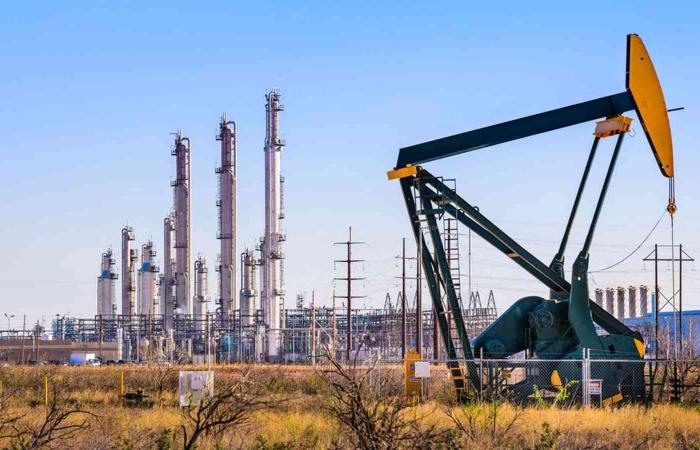 Oil prices fell to their lowest level in two weeks after official data showed a sudden jump in US crude stocks, and with the increase in Covid-19 cases in Europe and Russia and the emergence of some hotbeds of infection in China, dampening hopes for an economic recovery.

The emergence of new hotspots of the Corona virus in China, record deaths from the disease and the threat of closure in Russia, as well as a rise in cases in Western Europe, stopped the rise in oil prices that continued for several weeks.

In the United States, the economy is likely to have grown at its slowest rate in about 12 months in the June-September period, with higher cases of Covid-19, pressures on global supply chains and global shortages of some products, including cars.

The US Energy Information Administration said that crude oil stocks in the United States increased by 4.3 million barrels, compared to the expectations of analysts in a Reuters poll for an increase of 1.9 million barrels.

Commodity analysts at Citi Research said in a note that the “significant increase” in inventories came “on the back of a significant jump in net crude imports and the continued slowdown in refineries”.

But gasoline stocks fell by two million barrels to their lowest level in nearly four years, although American consumers struggled to obtain fuel as prices rose.

These were the details of the news Oil fell to its lowest level in two weeks for this day. We hope that we have succeeded by giving you the full details and information. To follow all our news, you can subscribe to the alerts system or to one of our different systems to provide you with all that is new.