Two factors curb the movement of interest rates in Egypt… How... 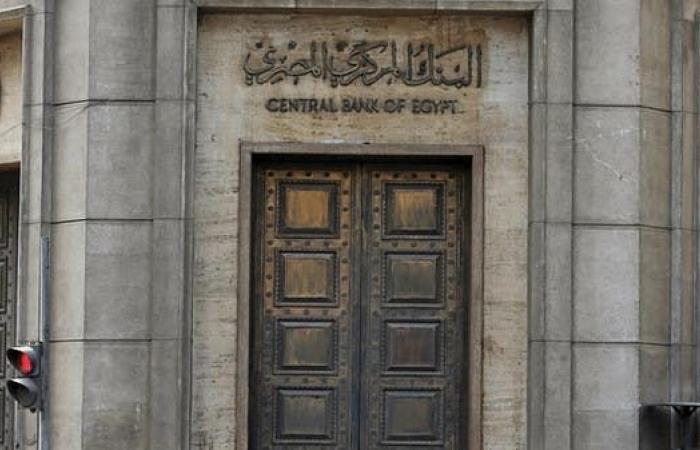 Likely to leave Egypt interest rates Unchanged on Thursday, in a bid to boost the external appetite for its domestic debt as the United States prepares to scale back stimulus and soar global inflation.

The central bank will be keen to maintain the competitiveness of treasury bills and high-yield bonds, because expected increases in interest rates in advanced economies could undermine their attractiveness to foreign investors.

All eleven economists surveyed by Bloomberg expected the Monetary Policy Committee to keep the deposit rate at 8.25% and the lending rate at 9.25% for the eighth consecutive meeting. It cut interest rates by 400 basis points last year.

Mohamed Abu Basha, head of macroeconomic research at EFG Hermes, said that the central bank “will continue to monitor two main factors: indicators of global inflation infiltrating the domestic market and the pace of tightening expected by the US Federal Reserve,” according to Bloomberg.

The most populous Arab country offers one of the highest inflation-adjusted interest rates in the world. This situation has made its debt favorable to foreign investors who own about $33 billion in domestic bills and bonds, an important factor for Egypt, which is waiting for tourism to fully recover from the pandemic.

“Maintaining high real rates is likely to remain the preferred strategy to hedge against the outflow of (mainly short-term) foreign portfolio investment,” said Farouk Sousse, an economist at Goldman Sachs.

He pointed to the “continued fundamental fragility in external accounts, particularly the country’s reliance on debt-generating flows to finance its trade deficit.”

The central bank will have to consider the potential domestic impact of skyrocketing global inflation as economies recover from the pandemic. Urban consumer prices in Egypt rose last month at their fastest pace since January 2020, to 6.6%, driven by higher food prices.

Abu Basha said the annual price increase in September was within the central bank’s target of 5% to 9%, and was unlikely to trigger a reaction from the CBE because it was mostly driven by the seasonal increase in volatile food prices.

Sousse added that there is likely to be room for more monetary easing next year, most likely in the second quarter, given the rise in inflation-adjusted interest rates, the recovery of tourism revenues, and improving financial conditions.

Radwa El-Swaify, head of research at Al-Ahly Pharos, based in Cairo, said that prices will only increase as a last resort in the event of a large exit of foreign portfolio investments.

These were the details of the news Two factors curb the movement of interest rates in Egypt… How... for this day. We hope that we have succeeded by giving you the full details and information. To follow all our news, you can subscribe to the alerts system or to one of our different systems to provide you with all that is new.