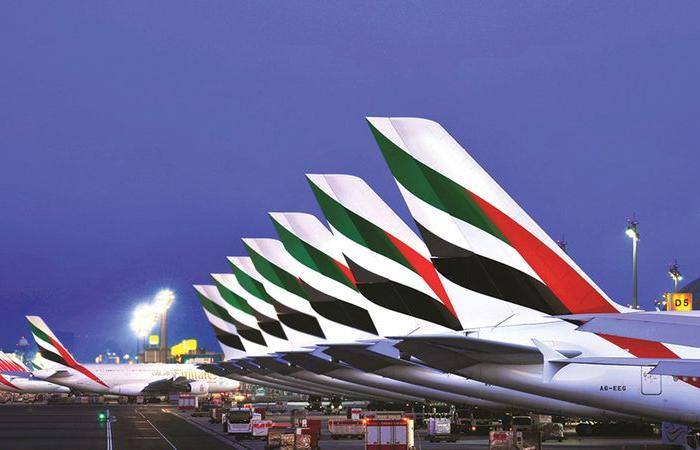 OAG International, a provider of airport and airline data, revealed that airlines operating in UAE airports will, in total, occupy more than 917,000 seats on flights, during the week that began on October 25, compared to about 888,000 in the previous week, with a growth rate of about 3.2%.

The Foundation stated that the UAE market is witnessing a continuous increase in seat capacity on international flights, which has raised its ranking among the list of the 20 largest aviation markets in light of the “Covid-19” pandemic, pointing out that it is possible that Emirates Airlines will add more capacity with the re-run. Southeast Asian markets will open in the coming weeks.

Data from the corporation, obtained by Emirates Today, showed that airlines in the Middle East will occupy more than 3.1 million seats during the same week, with a slight decrease, indicating that the UAE market accounts for about 29.5% of the total volume of capacity occupied by companies. Aviation in the region as a whole.

Globally, the Corporation reported that some international markets continue to recover, while other markets suffer short-term reductions, indicating that the global seat capacity this week amounted to 78.5 million seats, a decrease of nearly 1%, as this capacity is still lower than 2019 levels by 27%. .

She added that there are indications that the capacity during next November may exceed 80 million on a weekly basis, explaining that while airlines are adding more capacity, Southeast Asia is showing signs of recovery, and at the same time, airlines in Australia plan to resume international services at a time. earlier than expected. The Corporation stated that the seat capacity during January of next year, according to scheduled flights, is about 400 million seats, which represents an increase of 62% compared to January of this year, noting that this data is not final, every week the capacity is reduced by companies Fly according to demand.

These were the details of the news 917 thousand seats on flights at the country’s airports this week for this day. We hope that we have succeeded by giving you the full details and information. To follow all our news, you can subscribe to the alerts system or to one of our different systems to provide you with all that is new.