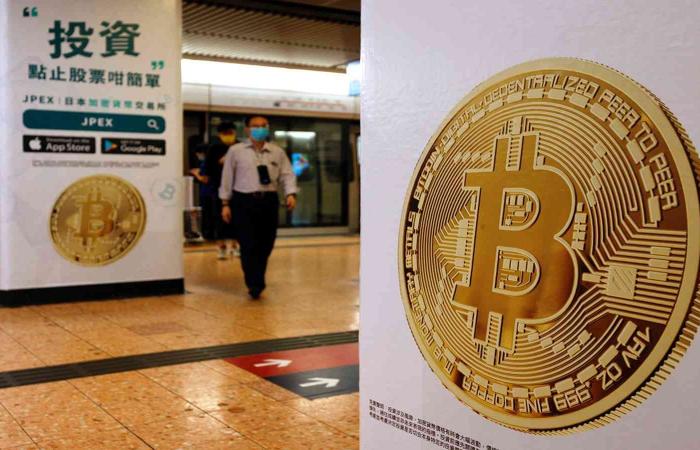 The price of the world’s most famous digital currency, Bitcoin, fell below $60,000 per unit as the euphoria in the US market faded, with the start of trading in the first tradable cryptocurrency investment fund in the stock markets.

And Bloomberg News Agency indicated that the price of the largest digital currency in the world fell by up to 6.4 percent to $ 58,132, which is its lowest daily price in about two weeks.

Bitcoin reached its highest level on October 20, recording $66,976. The lowest-value cryptocurrency, Ether, also fell by about 6%.

Smaller currencies also fell, with Dogecoin and Solana losing more than 7% of their value yesterday.

The Bloomberg Galaxy Cryptocurrency Index, which tracks some of the most important digital currencies, fell by 7.5 percent in some trading hours yesterday.

On his part, Anthony Trenchev said; Managing Partner and Founding Partner of Digital Currency Lending Nexo, “I was not surprised that Bitcoin approached the $67,000 barrier, which it crossed last April, in light of the speed with which it rose from the $30,000 level last July. Bitcoin needs a period of calm before starting a round. The new ascent.

These were the details of the news Bitcoin price drops below $60,000 for this day. We hope that we have succeeded by giving you the full details and information. To follow all our news, you can subscribe to the alerts system or to one of our different systems to provide you with all that is new.