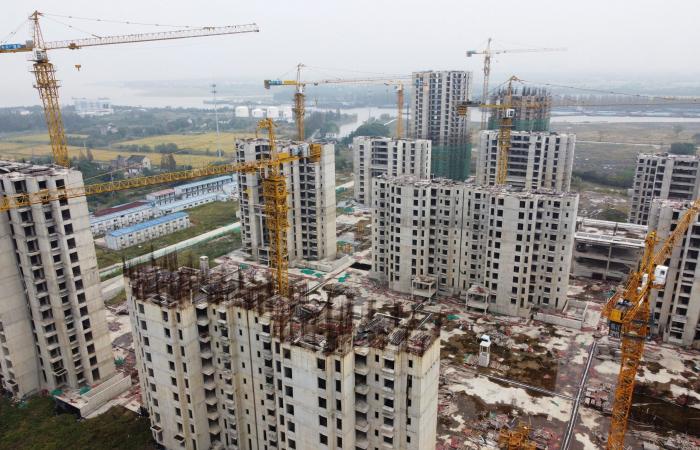 A source confirmed that China’s Evergrande Group received money to make interest payments on dollar bonds, hours before a deadline that would have entered the troubled real estate developer in an official default.

The debts of the giant Chinese group are estimated at 260 billion euros (302 billion dollars), which poses a threat to the rest of the economy, according to AFP.

The source confirmed the authenticity of a report published by the government-backed newspaper, “Securities Times”, on Friday that the company transferred $83.5 million to an account in Citibank.

A person familiar with the deal confirmed to AFP that the payment had already taken place.

The group known in China for its football club “Guangzhou FC” (formerly Guangzhou Evergrande), which was coached at one time by Italian world champion Fabio Cannavaro, seemed unbeatable several years ago.

However, the company, which has diversified its business extensively in recent years, has been struggling for weeks to pay interest and deliver apartments.

At the end of last September, the group was unable to repay loan payments totaling $131 million.

And this month, it was unable to repay a third loan of $148 million. However, the Group benefits from a grace period of 30 days for each loan.

The deadline for making the first payment was October 23, ie Saturday. But the group must also pay an additional 28 million euros ($32 million) to its creditors before the end of October.

Fears of Evergrande’s collapse panicked global markets in September. The group’s shares fell on Thursday by 10.5% when trading resumed on the Hong Kong Stock Exchange, after two weeks of interruption.

The arrow is rising

Shares of Evergrande rose more than 4%, on Friday, after the Securities Times newspaper announced that the company had paid off its loan.

In addition to real estate, the group invests in tourism, digital technology, insurance and health, as well as in the electric vehicle sector.

Evergrande admitted last month that it may not be able to meet all of its obligations but denied it was on the verge of bankruptcy.

What increased the risk of Evergrande’s bankruptcy was its failure to sell 50.1% of the capital of one of its companies to the Chinese “Hobson” group for real estate development, in a deal that would have secured it 2.2 billion euros ($ 2.5 billion).

On Friday, the Chinese Central Bank broke its silence, stressing that the huge debt of the giant Chinese group is not supposed to pose a threat to the country’s financial system, but some are still “not reassured” about the situation, according to AFP.

Dozens of owners who lost their money and suppliers who did not receive their dues demonstrated in front of the Evergrande headquarters in Shenzhen, southern China, and fear of popular protests may prompt the authorities to intervene to rescue or restructure the debt-laden group, even if Beijing has not given a clear signal yet.

The prices of new apartments fell for the first time in six years, in light of the global suffering of the real estate sector, and the lack of confidence of buyers in the face of the risk of bankruptcy of many developers.

The Chinese government said, on Wednesday, that prices in seventy large and medium Chinese cities are heading downward for a period of one year, starting in September.

Prices fell by about 1%, according to Bloomberg financial news agency figures.

These were the details of the news Chinese real estate giant avoids ‘last-minute’ default for this day. We hope that we have succeeded by giving you the full details and information. To follow all our news, you can subscribe to the alerts system or to one of our different systems to provide you with all that is new.