From London to New York in 90 minutes… a plane travels... 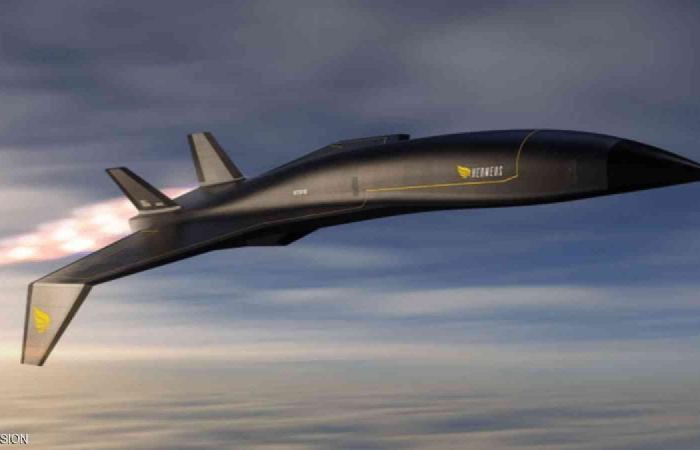 Amidst the airlines’ interest in providing hypersonic aircraft, supersonic aircraft have been revealed under development and are five times faster than the speed of sound.

CNN reported that there are many high-speed aircraft under development, amid airlines’ interest in providing hypersonic aircraft, to shorten travel time, as in the case of United Airlines, which pledged to provide such aircraft by the year 2029.

The “Concorde” plane, which was exceeding high speed at the time, crossed the Atlantic Ocean, which separates the two cities, in about 3 hours.

And the production of the high-speed plane is being carried out by the emerging company “Hermes”, based in the city of Atlanta, USA. And company officials say that it has begun testing a new type of engine, which is believed to increase the speed of the aircraft to Mach 5 (more than 4,828 kilometers per hour).

The engine was designed for a small, unmanned aircraft, and this aircraft is currently being built for the US Air Force, but as its size increases, it will be able to be a commercial passenger plane.

According to Sky News, the American company hopes that the upcoming plane will see the light of day within a decade, and this relatively long period is due to the fact that the technology of this plane must be built from scratch.

Initially, the aircraft will be much smaller than the current aircraft and even the “Concorde”, which had a capacity of about 100 people.

The company’s CEO, EG Biblica, says the company has built a commercial aircraft model, noting that it is currently focusing on business class and first class passengers.

He added that the company made adjustments to speed and operating costs, to eventually show a plane that can accommodate about 20 passengers.

He said the plane would be profitable at first, depending on business class fares these days.

The company expects the plane to accommodate a larger number of passengers at a later time.

These were the details of the news From London to New York in 90 minutes… a plane travels... for this day. We hope that we have succeeded by giving you the full details and information. To follow all our news, you can subscribe to the alerts system or to one of our different systems to provide you with all that is new.