The Turkish lira..a new disaster for the Syrians in northwest Syria 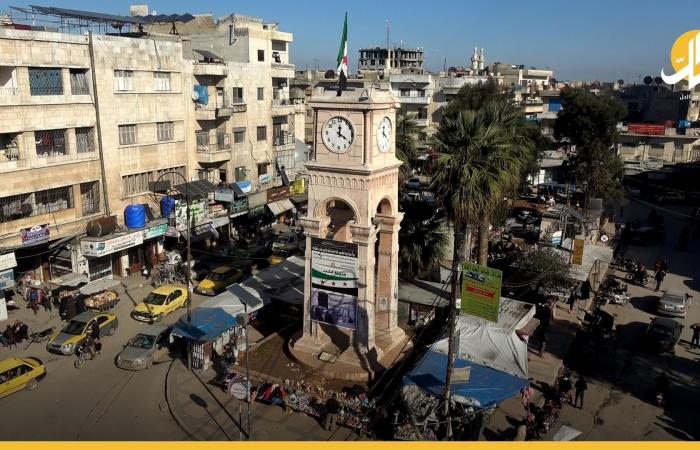 The value of the Turkish lira fell against the US dollar, on Thursday, to its highest level since the beginning of the lira’s trading in the Syrian regions, as it recorded a price of 9.50 lira against the dollar, which increased the burdens of civilians in the areas under the control of the opposition factions backed by Ankara.

An economic expert who lives in Idlib, who preferred not to be named, said that “the economic and living situation in Idlib is at its lowest due to the region’s dependence mainly on the Turkish lira in the process of trading, buying and selling, after dealing in the Syrian lira was stopped more than a year ago.”

Read also: A year after its circulation, the Turkish lira is a blessing or a curse for the residents of northern Syria?

The Turkish lira is not stable

The expert explained, during his speech to (Al-Hol Net), that the value of the Turkish lira “has become unstable against the US dollar and in great fluctuation, while merchants inside the city of Idlib depend on the import process on the dollar, and in the sales process on the Turkish lira, provided that it is done according to the value of the commodity in dollars. What is its equivalent in pounds?

He pointed out that prices are rising on a daily basis due to the decline in the price of the Turkish lira, at a time when the income allocated to workers and employees in private offices was determined and fixed in Turkish lira, that is, for example, the salary of an employee in private schools was 600 Turkish lira, which was previously equivalent to 100 dollars, but today A year after the start of trading, it became equivalent to approximately $60.

You may be interested in: The collapse of the Turkish lira hits fuel prices in Idlib

Obligation to deal in Turkish lira

On the other hand, the Waded Company, which controls the fuel market in Idlib governorate, which is affiliated with “Hay’at Tahrir al-Sham” is working to raise the price of fuel with all its derivatives on a daily basis, under the pretext that the Turkish lira fluctuates and its price against the US dollar, as the price of a gas cylinder reached 114 liras after That was 54 Turkish liras a year ago.

In mid-June 2020, the official authorities in Idlib and northern Aleppo began to compel citizens to deal in the Turkish lira, after the exchange rate of the Syrian pound reached about 4,000 pounds to the dollar.

Thus, most goods and services are valued on the basis of the Turkish lira, in addition to paying the salaries of employees and workers in the north in Turkish currency.

At that time, the residents quickly exchanged their savings and possessions from the Syrian pound to the Turkish pound.

These were the details of the news The Turkish lira..a new disaster for the Syrians in northwest Syria for this day. We hope that we have succeeded by giving you the full details and information. To follow all our news, you can subscribe to the alerts system or to one of our different systems to provide you with all that is new.

PREV Saudi Arabia’s benchmark index inches up 0.16% to close at 10,839.49
NEXT Foodics to become the region’s leading food technology company