The price of the dollar in Syria today, Friday, October 8,... 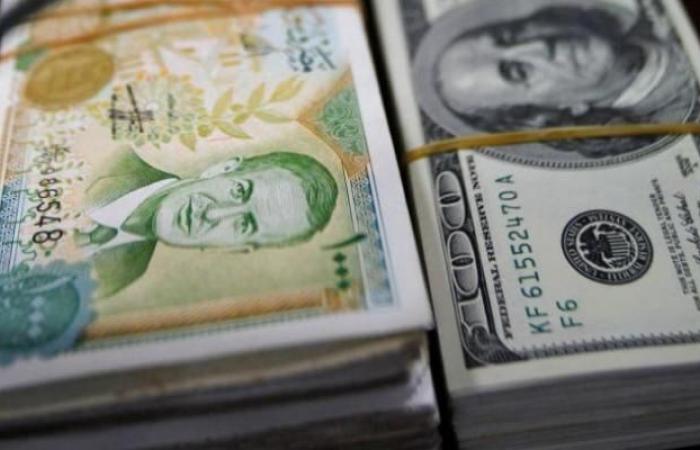 The price of the dollar stabilized in Syria, today, Friday, October 8, 2021, in the unofficial (black) parallel market.

The price of the dollar in Syria today

The price of the dollar against the Syrian pound, at the beginning of Friday’s trading, in the unofficial parallel market, recorded about 3,455 pounds for purchase, and 3,505 pounds for sale, which is the same price at the end of trading yesterday, Thursday.

It is expected that Syria’s economy will recover after Jordan reopened its main crossing with Damascus a few days ago, which represents a boost to the country’s economy.

Syria, which says Western sanctions are the cause of its economic problems, hopes that expanding trade links with Jordan will help recover from the devastating war.

More than 80% of Syrians live below the poverty line, according to United Nations data, while 12.4 million people suffer from food insecurity, according to the World Food Program.

The prices of the euro and sterling in Syria

The price of the pound sterling in Syria stabilized, on Friday, at the unofficial (black) parallel market, at the level of 4700 pounds for purchase, and 4778 pounds for sale.

The prices of the riyal, dirham and dinar in Syria

The price of the Saudi riyal against the Syrian pound recorded, during Friday’s transactions, in the unofficial (black) parallel market, about 919 pounds for purchase, and 936 pounds for sale.

The price of the UAE dirham in Syria, on the parallel (black) market, came to 938 pounds for purchase, and 954 pounds for sale.

The trading screens showed the price of the Kuwaiti dinar in Syria, during early Friday trading, at the level of 11450 pounds for purchase, and 11,641 pounds for sale.

These were the details of the news The price of the dollar in Syria today, Friday, October 8,... for this day. We hope that we have succeeded by giving you the full details and information. To follow all our news, you can subscribe to the alerts system or to one of our different systems to provide you with all that is new.