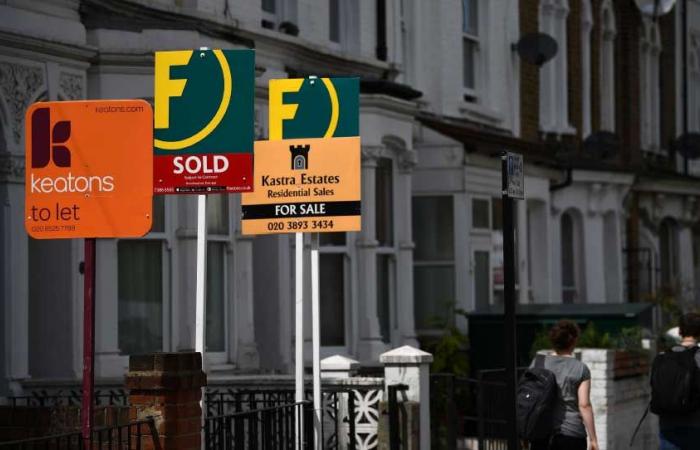 London – DPA: An economic report published on Thursday showed that house prices in Britain rose last September at the fastest pace in more than 14 years, thanks to strong demand despite the difficulties facing the British economy.
According to a report by the British “Halifax” real estate finance bank, housing prices rose during the past month by 1.7% to 267,587 pounds (363,000 dollars) per housing, after increasing by 0.8% during last August. The increase in prices during the past month is the largest since prices rose by 7.4% in February 2007.
And “Bloomberg” news agency indicated that the housing market in Britain has been witnessing a recovery since the summer of last year, thanks to the reduction in taxes on real estate purchases, and the tendency of the British to buy wider housing outside city centers with the expansion of the work-from-home system due to the emerging Corona virus pandemic.
The exemption from stamp duty on real estate transactions was reduced last July and ended completely last September, but many factors supporting the real estate market in Britain are still in place, which contributed to the continued rise in prices.

These were the details of the news UK: Record rise in house prices in biggest monthly increase since... for this day. We hope that we have succeeded by giving you the full details and information. To follow all our news, you can subscribe to the alerts system or to one of our different systems to provide you with all that is new.