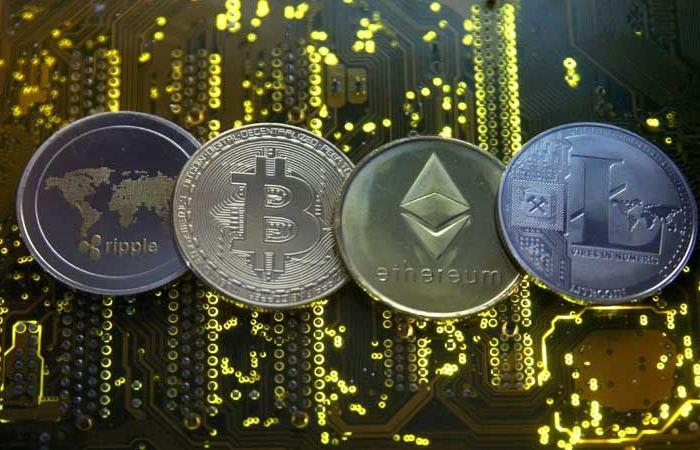 LONDON: The price of the cryptocurrency “Bitcoin” rose, Thursday, to exceed its market value, the level of one trillion dollars, supported by the calming of concerns about regulatory measures to prevent the United States Cryptocurrency trading.

Bitcoin achieved a rise of 24.65 percent during the last week to Thursday, the rise was more than 28 percent earlier in the session, and it tested the $55,000 level and then fell to current levels.

The cryptocurrency Bitcoin rose, on Wednesday, to exceed 55 thousand dollars, and reached its highest level since mid-May.

The gains were quietly buoyed by regulatory concerns, after US Treasury Secretary Janet Yellen and Securities and Exchange Commission Chairman Gary Gensler said Tuesday that they have no plans to impose restrictions on cryptocurrency trading.

Ethereum, the world’s second largest digital currency by market value after Bitcoin, rose 3.29 percent to $3,557, with a total market capitalization of $420 billion.

The market value of the total virtual currencies around the world rose to 2.304 trillion dollars, distributed over 12 thousand and 443 virtual currencies, which are traded through 418 platforms, according to data from the CoinMarketCap website.

These were the details of the news Bitcoin market value exceeds $1 trillion for this day. We hope that we have succeeded by giving you the full details and information. To follow all our news, you can subscribe to the alerts system or to one of our different systems to provide you with all that is new.