For the first time… the production of solar cells from “copper” 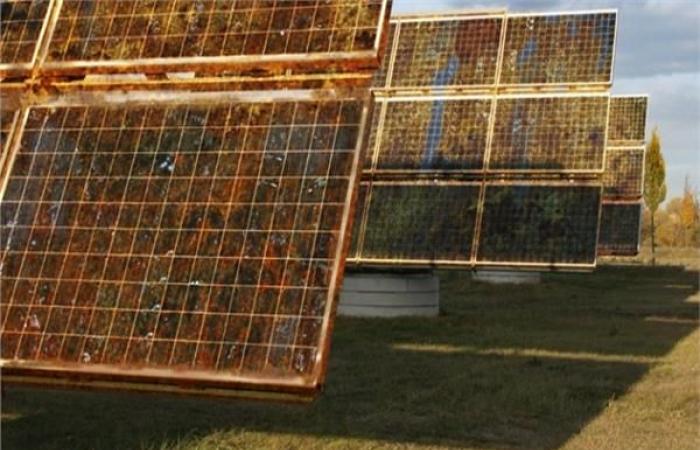 An Australian company has developed a new type of Solar cells, depend on the element copper instead of silver.

has been rated Solar cells Innovative copper, as the best efficient and least expensive, and the Australian startup called “SunDrive”, announced its new innovation, a few days ago.

The company stated, Solar cells The new ones are more efficient, as efficiency is measured by the amount of energy they generate based on the amount of incoming sunlight.

Efficiency rating was Solar cells The commercial volume is about 14 to 16 percent, ten years ago, but the Australian company “SunDrive” designed a cell with an efficiency of 25.54 percent, which was tested by the Solar Energy Research Institute Hamelin in Germany.

“Before that, the record was 25.26 percent, so we made a reasonably big jump,” said Vince Allen, chief executive of the Australian company.

“The maximum operational efficiency of a commercial-sized solar cell is about 27 percent, which means that solar cell technology is nearing perfection,” he added.

Solar cells are able to convert solar energy directly into electrical energy, taking advantage of the photovoltaic effect, and consist of a silicon layer to which some impurities are added to give it some electrical properties.

وتعتبر Solar cells An important source for supplying spacecraft andSatellites With the electrical energy it needs, and it is considered one of the auxiliary alternatives to the traditional energy sources of petroleum, coal, gas and its derivatives that are limited in nature, and which are depletable due to the massive depletion of it. To 30 years, the high cost of its production is the main obstacle to its use, and the intensity of the current of solar cells depends on the time of sunlight, the intensity of sunlight, as well as on the efficiency of the photovoltaic cell itself in converting solar energy into electrical energy.

These were the details of the news For the first time… the production of solar cells from “copper” for this day. We hope that we have succeeded by giving you the full details and information. To follow all our news, you can subscribe to the alerts system or to one of our different systems to provide you with all that is new.