Oil prices rise during the week and gold falls under pressure... 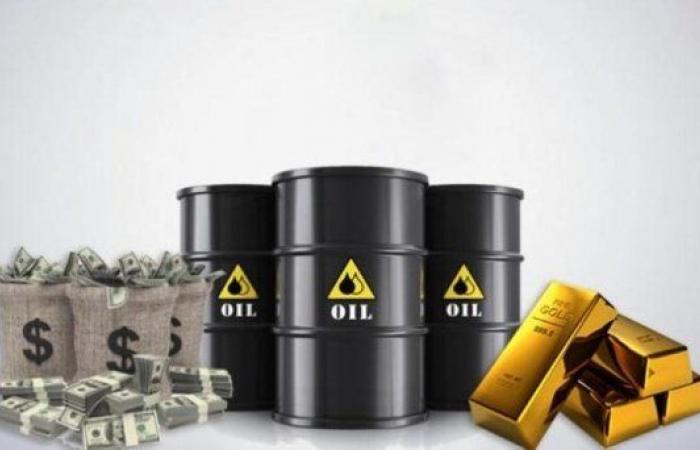 Oil prices in global markets witnessed a rise, achieving weekly gains of more than 3%, and gold fell under pressure from the strength of the dollar.

The performance of oil comes in light of data from the US Energy Information Administration indicating a continued decline in oil stocks in the United States, with about 30 percent of production being disrupted in the Gulf of Mexico due to the effects of Tropical Storm Nicholas and Hurricane Ida.

It is noteworthy that the recent OPEC forecasts indicated estimates of a contraction in demand for crude during the last quarter of this year due to concerns about the spread of the fast-spreading delta mutator.

The price of futures contracts for “NYMEX” crude for October delivery fell by 0.9 percent, losing 64 cents, to record $71.97 a barrel, achieving a weekly gain of 3.2 percent.

Gold futures ended lower today, for the third session in a row, to lose 0.3 percent to $1751.4 an ounce, after a 2.1 percent decline yesterday, in light of the dollar’s ​​good performance against major currencies ahead of the Federal Reserve’s meeting next week.

Gold recorded weekly losses of about 2.3 percent – for the second week in a row – hitting its lowest level since last August 10.

The performance of the yellow metal came on the back of the US retail sales report for the month of August, which came better than expected, yesterday, Thursday, with an increase of 0.7 percent on a monthly basis, to the strengthening of the dollar against gold.

At the same time, the price of the dollar against the British pound increased by 0.4 percent, to record $1.3739.

These were the details of the news Oil prices rise during the week and gold falls under pressure... for this day. We hope that we have succeeded by giving you the full details and information. To follow all our news, you can subscribe to the alerts system or to one of our different systems to provide you with all that is new.