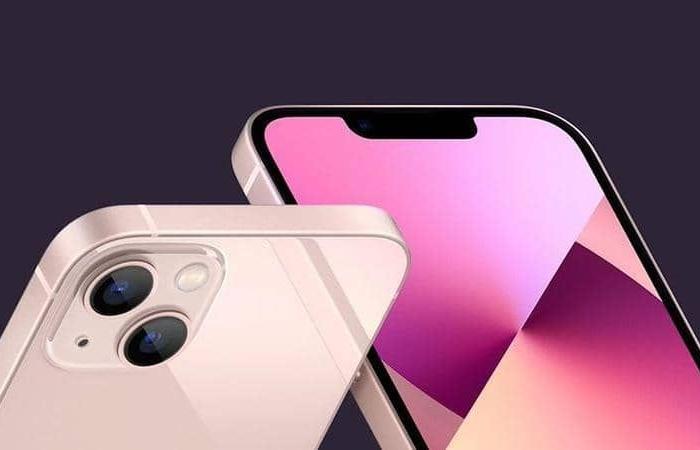 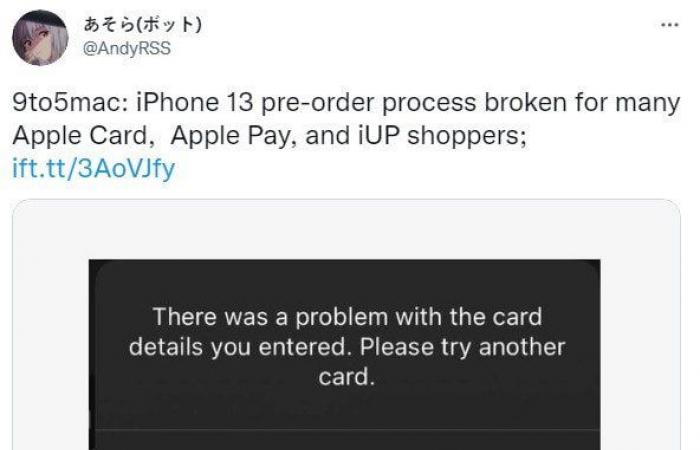 A number of “iPhone” enthusiasts announced that they could not purchase the new iPhone 13 smartphones, through pre-order when paying using Apple Card.

Social networking sites in the United States, with the start of selling the device, were filled with complaints from customers, who confirmed the failure of the payment process to reserve the device through “Apple” means.

In the wake of mounting complaints and constant pressure on Twitter, Apple was forced to finally acknowledge the problem by midday, saying there was a flaw with stopping payments.

Apple card holders can use a different credit card to pre-order their devices, but using an apple card allows people to buy Apple products with cashback of up to 3%, according to the Daily Mail.

Some users suggested that the problem stems from the fact that the system may be overloaded with pre-orders, but the problem is still ongoing.

It is noteworthy that the company “Apple” had announced new smartphones, Tuesday, during its annual event, which was held virtually online, for the second time in a row due to the ongoing Corona virus pandemic.

And “Apple” disappointed its fans, as the new iPhone 13 is not a completely redesigned smartphone, but it includes minor changes that improve performance and user experience.

Many Apple customers around the world who were anticipating the “iPhone 13” series considered that they were very disappointed after the reveal of the series, which does not contain major improvements and lacks the innovation for which it is famous.

The iPhone 13 and iPhone 13 Pro are similar in terms of screen size and processor, and differ in many additional matters.

The two phones come with a 6.1-inch screen made with Apple’s Super Retina XDR technology, which is Apple’s version of the distinctive OLED screens. The two phones also offer the same display resolution of 2532 x 1170 pixels, which means 460 pixels per inch.

The two devices also rely on a reduced front camera bump design, which has been reduced by 20% over the old versions.

These were the details of the news A bug prevents Apple customers from buying iPhone 13 phones for this day. We hope that we have succeeded by giving you the full details and information. To follow all our news, you can subscribe to the alerts system or to one of our different systems to provide you with all that is new.