How did the giant Chinese real estate group “Evergrand” reach the... 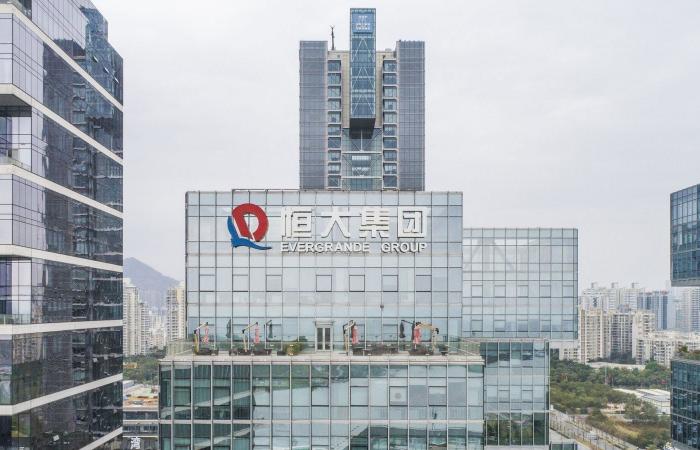 The bankruptcy of debt-laden Chinese real estate giant Evergrande, if it happens, will have major repercussions, especially after the company said on Tuesday that it may default on its outstanding debts.

But how did one of China’s largest private groups reach the brink of bankruptcy?

Who is the Evergrande group?

Evergrande is China’s largest real estate developer by revenue, with a presence in more than 280 cities.

Its president, Xu Jiayin, is the fifth richest person in China, according to the Hurun List, which monitors the country’s wealthy people.

Where does the trouble come from?

The “Evergrand” is historically one of the pillars of the Chinese economy, and the real estate sector played a key role in the country’s economic recovery after the Corona pandemic, as it attracted, last year, more than a quarter of investments.

But Beijing, which fears an excessive acceleration in the pace of economic activities, has in recent months tightened the conditions for real estate developers to obtain loans.

Under the new regulations, Evergrande can no longer sell its real estate assets before the official completion of its construction, and the group had previously benefited from the pre-construction sale model to cover its expenses and continue its activities.

But recently, contractors and suppliers have complained of non-payment of their dues, and work has stopped in a number of construction workshops.

What is its current status?

In recent years, Evergrande has doubled its acquisitions, and the company is currently heavily indebted, with outstanding debts estimated at 1966 billion yuan, equivalent to 260 billion euros.

On Monday, about 60 to 70 people, including investors and contractors that Evergrande owes money to, demonstrated outside the group’s headquarters in Shenzhen, southern China, but the group denies it is on the verge of bankruptcy.

However, a number of owners who have already paid for their properties may end up not receiving it.

The Chinese authorities are particularly concerned about loans to major private business groups and their many subsidiaries.

In recent years, Beijing has pushed large groups to downsize, such as Wanda involved in real estate, cinema and amusement parks, Fosun, which deals with tourism and entertainment, and HNA, which specializes in tourism and aviation.

The solution is to diversify activities?

In addition to the real estate sector, Evergrande has been involved in the electric vehicle sector.

In 2019, the group established “Evergrand Auto” with the aim of revolutionizing the sector, and competing with the American “Tesla” group.

The group is also active in the food and mineral water market through its “Evergrand Spring” brand.

The group had ambitions to open amusement parks “bigger” than its rival “Disney”, and after it had planned to build 15 amusement parks, it had built only one park that was partially operational.

The group also invested in: tourism, the Internet, insurance, health, and the digital sector.

What will happen to the Evergrande?

Last month, Beijing publicly urged Evergrande to settle its debt, an unusual development due to concerns raised by the group’s situation.

And two international agencies downgraded the group’s credit rating, last week, while its shares fell below the price they were recording when it was launched in 2009.

“The collapse of the Evergrande (if it occurs) will be the biggest test the Chinese financial system has faced in years,” said Mark Williams, chief Asia economist at Capital Economics.

The experts of the “Sino Insider” consultancy center considered that Beijing, despite the pressure, “will not allow the Evergrande to fail,” noting that “this matter will have significant repercussions on the system” and stability.

“The most likely conclusion now is a controlled restructuring so that other developers take over the unfinished Evergrande projects in return for a stake in its own property bank,” Williams said.

These were the details of the news How did the giant Chinese real estate group “Evergrand” reach the... for this day. We hope that we have succeeded by giving you the full details and information. To follow all our news, you can subscribe to the alerts system or to one of our different systems to provide you with all that is new.