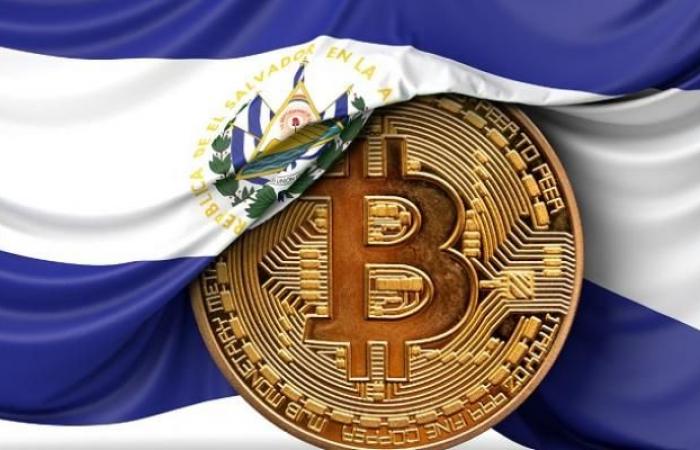 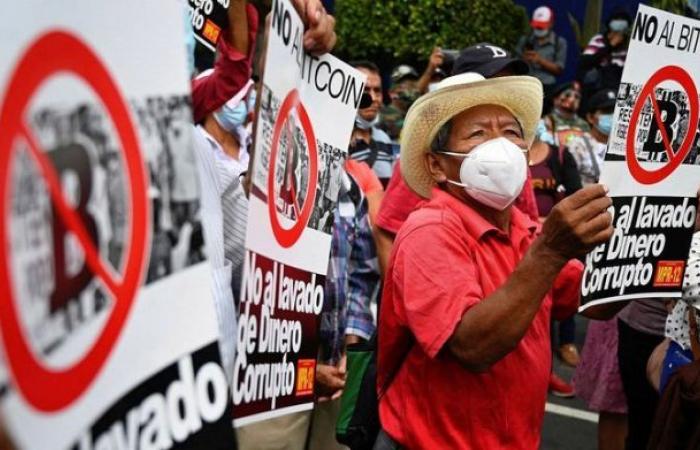 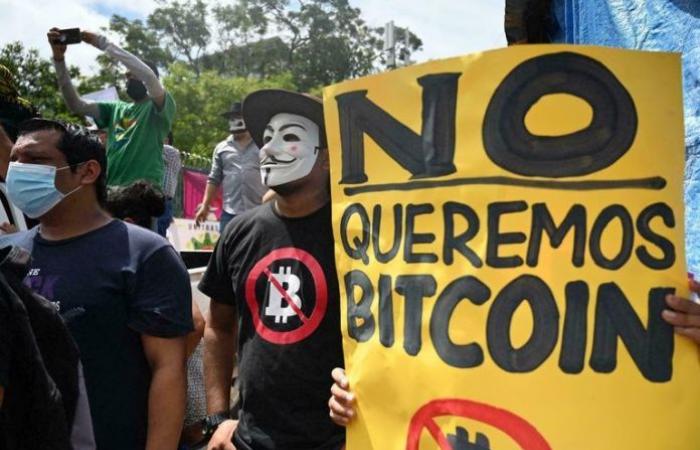 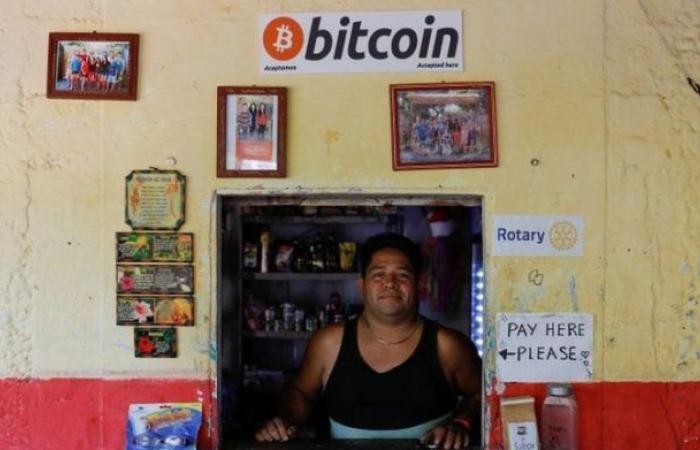 Bitcoin (the most famous cryptocurrency in the world) suffered huge losses, touching at times 16.5% of its value, before settling later in the vicinity of 13.74%, in an attempt to correct the situation.

El Salvador .. and the massacre of digital currencies

announced El Salvador Yesterday, Tuesday, the legalization of the bitcoin currency, to become the first country in the world to legalize the trading of cryptocurrencies, but the winds did not desire ships, so that the President of El Salvador, Najib Abu Kila, was surprised by a hurricane of anger and about 65.2% of the people rejected the decision, which they described as an individual decision and taken without consulting the government and parliamentarians, according to a statistic prepared by the Universidad Centro Americana.

And last Friday, the Salvadorans went out in mass demonstrations against the legalization of the bitcoin, and stuck to the US dollar in trading.

And in a country where 30.3% of the 6.6 million Salvadorans live below the poverty line, Jose Santos Melara, a veteran of the civil war that tore El Salvador between 1980 and 1992, and who was one of the participants in last Friday’s protests against Bitcoin, sees legalizing currencies as Cryptocurrency will not benefit the poor in anything, saying: This currency does not exist in the first place, and it benefits the rich, not the poor, as it is an investment currency. He wondered, “How can the poor invest when he can hardly secure his livelihood?”

The hurricane of anger over El Salvador’s legalization of cryptocurrency trading and the announcement of 400 bitcoins, the establishment of a $150 million fund to ensure automatic conversion of bitcoins to dollars, and the deployment of 200 ATMs guarded by security forces (to prevent protesters sabotaging them) to exchange bitcoins, extended to institutions. International institutions such as the Bank and the International Monetary Fund have expressed doubts about the volatile Bitcoin, expecting the Salvadoran president’s decision to have a “negative impact” on people’s lives.

Some economic experts consider that the mandatory decision to adopt Bitcoin as a payment currency is “unconstitutional”, even after Parliament approved it, and justified this by the fact that it required popular participation, community discussion sessions and a detailed government presentation of the mechanisms for implementing the decision.

On the other hand, the President of El Salvador, Najib Abu Kila, attacked his opponents, describing them as trying to “scare” the people from trading cryptocurrencies.

It is noteworthy that the United States of America had called on El Salvador to use Bitcoin in a legal, organized and transparent manner to confront criminal formations that work in money laundering, especially the “drug trade”.

These were the details of the news The collapse of digital currencies after the first day of the... for this day. We hope that we have succeeded by giving you the full details and information. To follow all our news, you can subscribe to the alerts system or to one of our different systems to provide you with all that is new.