Abu Dhabi and Saudi Arabia are expected to return to the... 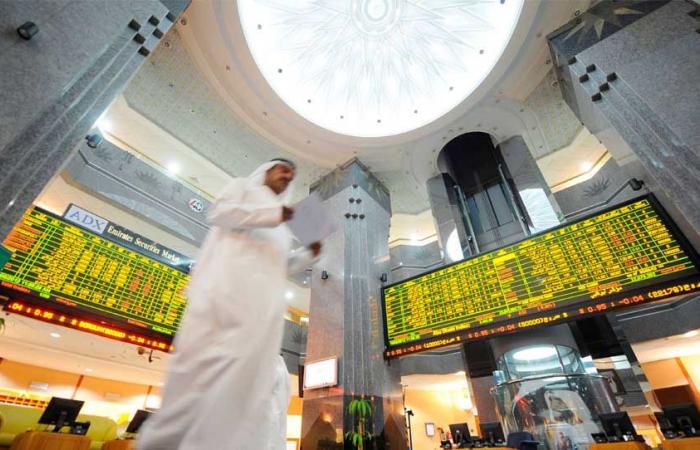 Dubai – Reuters: Banking sources said that Abu Dhabi and Saudi Arabia, and possibly other Gulf governments, are expected to return to the global debt markets before the end of this year to raise more funds in light of the continued low interest rates. The oil-rich Gulf was hit by the collapse in oil prices last year and the impact of the Covid-19 pandemic, which at the same time slowed plans to diversify the economy away from oil and gas and slashed revenues.
With Brent crude currently exceeding the level of $ 72 a barrel, the financing needs of Gulf governments have diminished, but a number of them are expected to try to raise cheap financing soon, amid expectations of more hawkish policies from the US Federal Reserve.
Three sources said that Abu Dhabi may issue bonds in a relatively small process at the end of 2021. One source added that the size of the emirate’s issuance would likely be around $3 billion.
The volume of Abu Dhabi bond issuance since the beginning of the year reached $2 billion, compared to $15 billion in 2020.
Three sources said Saudi Arabia, after raising $5 billion and 1.5 billion euros in bonds earlier this year, is expected to return to the market before the end of the year. Its issuance reached $12 billion last year. Expectations indicate that the Kingdom will issue sukuk (Islamic bonds) denominated in dollars, but two sources said that its sukuk program does not comply with Islamic Sharia standards adopted by the authorities in the UAE, which may weaken demand.
Qatar is likely to run a budget surplus this year, and said in April it would not need to raise new debt to cover its budget. But in June, the acting finance minister said Qatar might only tap the debt market to “seize opportunities.”
Sources said that the Sultanate of Oman and Bahrain, the weakest economies in the Gulf region, are working with banks on the financing options available to them, and the two countries suffer from deficits in their current budgets.
Two sources said Bahrain would likely issue bonds again later this year. One added that Oman should have completed its financing in 2021 in the last bond sale that raised $1.75 billion in June.
Earlier, a spokesman for the Saudi Ministry of Finance indicated to Reuters the government’s plan to borrow in 2021, according to which Saudi Arabia still has more than six billion dollars to raise through global debt this year.
Other Gulf governments did not respond to requests for comment on their funding plans.

These were the details of the news Abu Dhabi and Saudi Arabia are expected to return to the... for this day. We hope that we have succeeded by giving you the full details and information. To follow all our news, you can subscribe to the alerts system or to one of our different systems to provide you with all that is new.