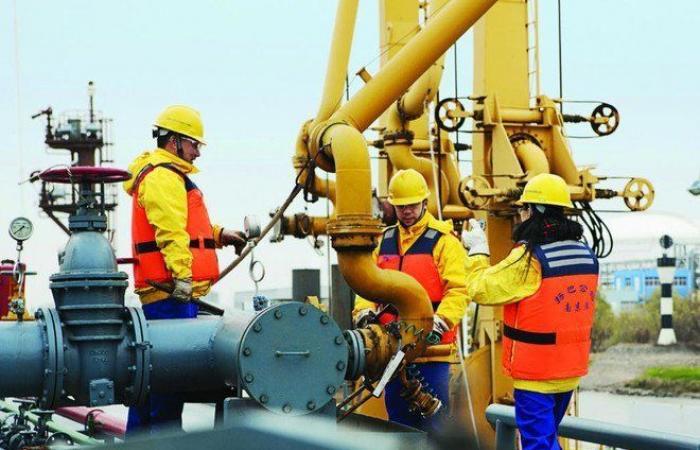 The prices of natural gas futures contracts in the United States recorded their largest rise since last June during this afternoon’s trading, in light of the increase in inventories less than expected, with the possibility of production disruptions due to tropical storms that are blowing in the Gulf of Mexico.
Bloomberg indicated that the price of gas for delivery next September increased by 5.8 percent to $4.122 per million thermal units, an increase of 22 cents over the price at the beginning of trading on the New York Mercantile Exchange.
The rise in natural gas prices came after inventories rose less than expected, less than the average stock at this time of year during the past five years, which indicates that supplies during the upcoming winter will be less than expected.
According to data from the US Energy Information Administration, natural gas supplies in the United States increased last week by 29 billion cubic feet, while analysts had expected it to rise by 39 billion cubic feet, and the average during the past five years was 44 billion cubic feet.

These were the details of the news US gas prices record their biggest rise since June for this day. We hope that we have succeeded by giving you the full details and information. To follow all our news, you can subscribe to the alerts system or to one of our different systems to provide you with all that is new.