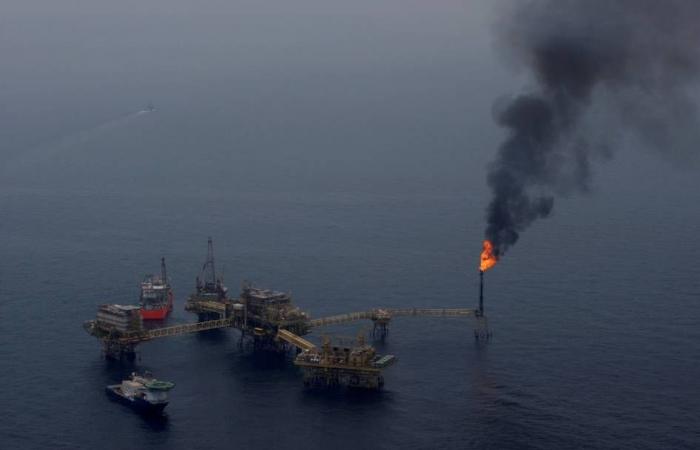 Oil settled lower on Thursday, halting a three-day streak of gains amid renewed demand concerns due to a spike in COVID-19 cases and as Mexico restored some production after a fire disrupted supplies.
The losses were limited due to the possibility of further disruptions to the supply side. Energy companies have braced for the possibility of a severe storm hitting the US Gulf Coast this weekend.
Brent crude was settled down by $1.18, or 1.6 percent, to $71.07 a barrel. US West Texas Intermediate crude settled down 94 cents, or 1.4 percent, to $67.42 a barrel.

Over the past three sessions, both Brent and West Texas Intermediate crudes have risen about 10%. The increase erased most of the losses suffered by the two benchmark crudes in a week-long decline caused by the return of the number of Covid-19 infections to increase.
New outbreaks of COVID-19, fueled by the delta strain, have raised concerns about the strength of the global economic recovery.
Mexico began restoring production after a fire on an offshore platform on Sunday halted more than 400,000 barrels per day of production. By Tuesday, state oil company Petroleos Mexicanos (Pemex) had restored 71,000 bpd of production and is expected to add another 110,000 bpd this week.
Mexican President Andres Manuel Lopez said Thursday that Pemex will produce an average of 1.8 million barrels per day of oil by the end of the year, despite a fire that caused a significant loss of production.
But informed sources told Reuters that Pemex’s efforts to restore oil production may not be at the same level as official expectations, as reconnecting the wells turned out to be more difficult than planned.
Royal Dutch Shell, Chevron Corp. and other companies have begun evacuating non-essential personnel from US offshore platforms in the Gulf of Mexico ahead of a storm expected to enter the Gulf this weekend. “Oil companies are bracing for this storm, which is providing some support to the market and offsetting some concerns about more supply entering the market,” said John Kilduff, partner at Again Capital in New York.
The Organization of the Petroleum Exporting Countries (OPEC) meets on September 1 to decide on its policy amid calls from the United States to increase supplies to the market to help the global economic recovery.

These were the details of the news Oil is falling under pressure from injuries and the return of... for this day. We hope that we have succeeded by giving you the full details and information. To follow all our news, you can subscribe to the alerts system or to one of our different systems to provide you with all that is new.