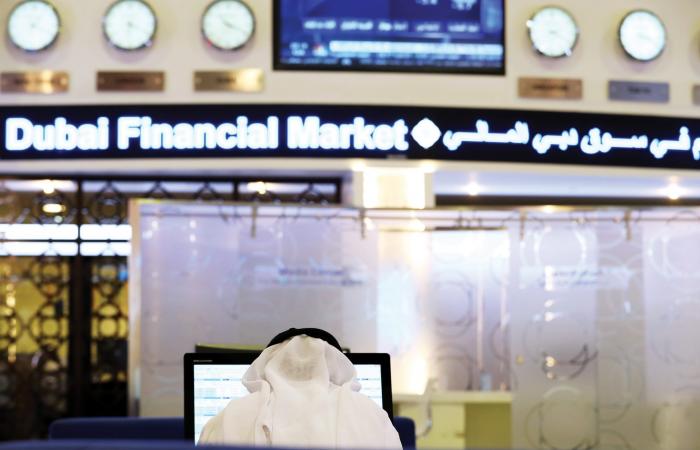 At the conclusion of today’s session, the local stock markets withstood profit-taking operations that targeted some of the leading stocks in the “investment” and “real estate” sectors, after achieving strong gains in the previous sessions.

At the close, the Dubai market index maintained a level above 2,900 points, after declining marginally by 0.05% to 2,902.65 points, due to the pressure of the decline in real estate and investment shares, while the Abu Dhabi market fell 0.21% at 7,665 points, amid a semi-collective decline of the sectoral indices except for “energy” and “industry”.

“Dubai Islamic” topped the transactions, attracting 55.45 million dirhams, followed by “Emaar Properties” with 43.6 million, and then “Air Arabia” 24.7 million. “Emirates Refreshments” achieved the largest increase of 8.58%, while “Al-Ithmar” had the lowest decline, 4.78%.

Arabs, Gulf citizens and citizens chose to buy with an investment of 17 million dirhams, while foreign investors moved towards monetization.

These were the details of the news Markets withstand profit-taking operations on the “leadership” for this day. We hope that we have succeeded by giving you the full details and information. To follow all our news, you can subscribe to the alerts system or to one of our different systems to provide you with all that is new.