Including shortness of breath.. 8 unknown signs that warn of low... 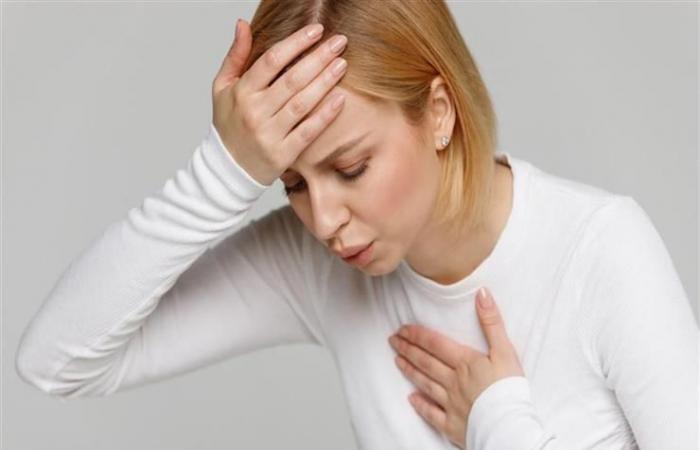 Iron is the most common type of nutritional deficiency worldwide and affects women more than men, and according to express, there are eight less known signs to look for, which we review below:

This is one of the most common signs of iron deficiency and occurs because you don’t make enough hemoglobin, which carries oxygen throughout the body, Rob said, adding, “Without enough of this protein, your tissues and muscles are deprived of energy and your heart needs to work harder to pump blood.” You can feel tired for many reasons, so a diagnosis may require several other symptoms to confirm a deficiency.”

Having pale skin or a pale color inside your eyelids could be a sign of low iron, and Robb explained: “The reason this happens is because hemoglobin gives blood its red color, which is why certain areas of the body can lose their color. Your gums and nails may appear paler than usual.”

Iron deficiency headaches are not as common as other symptoms and are more likely to occur in women usually along with dizziness.

Research published in the International Journal of Hematology, Oncology, and Stem Cell Research has suggested an association between migraines and iron status in women, but the association remains unclear and more research is needed.”

If your hemoglobin levels are low, you will not be able to carry enough oxygen around your body and as a result your muscles will not receive what they need to perform normal daily activities.

“The result of this is that your breathing rate will increase as your body tries to get oxygen, causing shortness of breath,” Rob said.

A lack of hemoglobin in the blood may reduce the amount of oxygen available to cells needed for hair growth.

Robb explained: “When hair and skin lack oxygen, they can both become dry and weak. It has been suggested that iron deficiency can also lead to hair loss but there is nothing abnormal about hair loss from daily brushing or washing but if it starts to clump This may indicate iron deficiency.”

Iron is involved in immunity and in particular the turnover of immune cells such as lymphocytes that are associated with generating a specific response to infection.

Robb recommended: “If you have frequent or recurrent infections, this could be a sign of a lack of iron in your diet.”

Research has shown that low iron levels can be associated with bad moods, as well as feelings of anxiety and depression

“One of the reasons for this may be because of the relationship between iron and dopamine because this mineral is essential for its production5,” Robb said. “It has also been suggested that pregnant women are more prone to depression when they are deficient in iron.”

This may be one of the strangest symptoms of iron deficiency, but that’s when people start craving non-food items and it’s a phenomenon known as pica syndrome.

What should you do if you think you have an iron deficiency?

Rob advised: “If you think you are at risk of developing an iron deficiency, you should contact your GP who can do a blood test to assess your condition, and if your results show a low hemoglobin level among other things, you will be advised to take iron supplements, in addition to giving you advice about foods to eat. You have to have more of it in your body. Diet.”

Also worth noting are iron-rich foods:

Why do you need iron in your diet?

These were the details of the news Including shortness of breath.. 8 unknown signs that warn of low... for this day. We hope that we have succeeded by giving you the full details and information. To follow all our news, you can subscribe to the alerts system or to one of our different systems to provide you with all that is new.