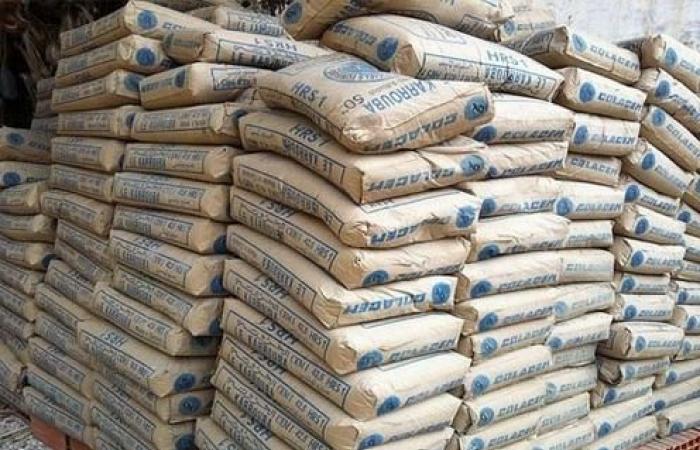 Jeddah - Yasmine El Tohamy - CAIRO: The Egyptian government has proposed that cement makers cut production by a baseline of 10 percent to shore up finances ravaged by an expanding market glut, two cement executives and a senior industry source said.
Egyptian cement capacity has risen to an annual 85 million to 87 million tons in the last three years following the inauguration of the 13 million ton-per-annum Beni Seuf plant owned by the military, even as sales fell to less than half that level, according to the executives.
The cement sector, where several international firms established a footing, is seen as an indicator of Egypt’s openness to outside investment.
The two executives — who spoke on condition of anonymity — said the proposed cuts seemed unfair on foreign-owned firms like their own with a longer presence in Egypt.
Egypt’s Ministry of Trade and Industry did not respond to a request for comment.
Under the formula proposed last month, each cement maker would cut production by a base amount of 10.52 percent. They would cut an additional 3.71 percent for each production line and 0.65 percent for each year they have been in operation, said one executive.
That would amount to a cut of at least 14 percent, and possibly more than double that for older and bigger plants, the person said.
It is unclear if the beginning of operation would be based on the age of the plant, the date it was privatised or when current investors took over, the executive added.
“It’s very welcome by the industry that there is some sort of intervention by the government,” said the second executive.
But he added: “We don’t think (the formula) is particularly fair, it’s biased toward some local players at the moment.”
The executives said cement makers have asked the government for clarifications and were waiting to hear back.
Foreign cement firms, including Germany’s HeidelbergCement , France’s Vicat, Switzerland’s LafargeHolcim , Greece’s Titan Cement and Mexico’s CEMEX , invested heavily in Egypt after a privatization drive that began in the 1990s. Local players set up their own plants later.
Another 2-million-ton plant will come on stream this year in Sohag, 400 km south of Cairo, its CEO and member of parliament Ahmed Abu Hashima told local media in September.
The plant, owned by Egyptian Cement Co., began trial production over the last few weeks and is due to start shipping soon, cement sources in Sohag said. Company officials did not respond to queries.
Cement companies complained of overproduction even before the Beni Suef plant was built.
Annual cement sales fell to 41.7 million tons in 2020 from 43.8 million tons in 2019, according to central bank statistics. It stood at 49.5 million tons in 2017, the last year before Beni Suef went online. Sales last year were hurt by the coronavirus pandemic.

These were the details of the news Egypt said to propose production cuts to ease cement glut for this day. We hope that we have succeeded by giving you the full details and information. To follow all our news, you can subscribe to the alerts system or to one of our different systems to provide you with all that is new.