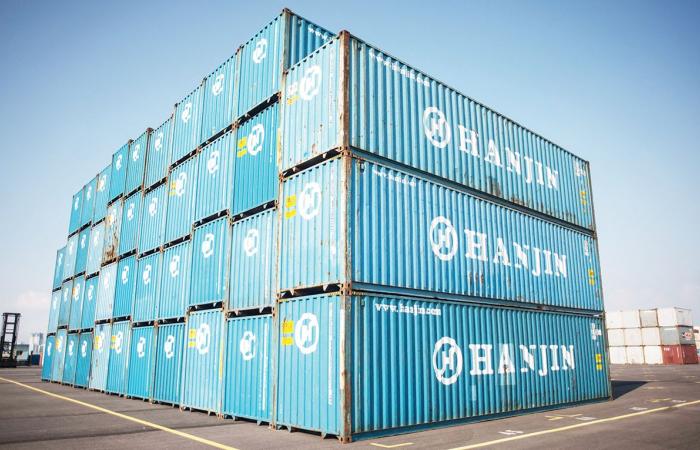 Jeddah - Yasmine El Tohamy - SEOUL: South Korea’s exports expanded at its sharpest pace in more than a decade in April, boosted by those of semiconductors, cars and petrochemical products, highlighting a continued trade-led recovery in Asia’s fourth-largest economy.

Exports surged 41.1 percent from a year earlier, Trade Ministry data showed on Saturday, marking the fastest growth since Jan 2011 and extending the expansion to a sixth month in a row.

That missed a 44 percent increase forecast by 14 economists in a Reuters’ poll, but was much sharper than a 16.5 percent growth in March.

The data was also supported by a low base in 2020 as exports plunged at their sharpest pace since the global financial crisis in April last year.

South Korea’s monthly trade data, the first to be released among major exporting economies, is a closely watched indicator as it is considered a bellwether for global trade.

Outbound shipments of semiconductors, the country’s top export, jumped 30.2 percent year-on-year and for a 10th straight month, while those of cars and petrochemical products soared 73.4 percent and 82.6 percent, respectively.

All 15 major export items increased last month, with 13 of those growing at a double-digit rate.

By destination, exports to China, the US and the EU rose 31.7 percent and 43 percent each, while those to the other six major trading partners also increased.

Meanwhile, data showed imports grew 33.9 percent, beating forecasts for a 31.2 percent jump. That brought the trade surplus down to $0.39 billion from $4.13 billion a month ago.

“Both exports and imports rose more than 30 percent this month as domestic demand and strong exports boosted production and investment activities in businesses,” the Trade Ministry said in a statement.

These were the details of the news South Korean exports surge 41 percent at sharpest pace in more than a decade for this day. We hope that we have succeeded by giving you the full details and information. To follow all our news, you can subscribe to the alerts system or to one of our different systems to provide you with all that is new.