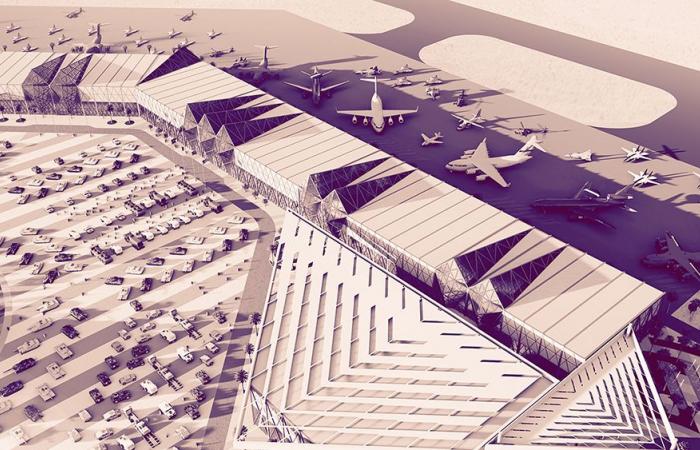 Jeddah - Yasmine El Tohamy - JEDDAH: Work has begun on the second phase of construction at the 800,000 square meter site in Riyadh for next year’s World Defense Show, which will include the world’s first purpose-built military event demonstration runway.

During the first week of construction, more than one million tons of earth were processed in preparation for the construction of the flagship event’s exhibition halls, access roads and car parking areas.

Hundreds of vehicles have been part of the construction efforts, including 75 bulldozers, 53 tipper trucks, 15 excavators and 12 roller compactors.

Shaun Ormrod, CEO of the World Defense Show, said: “The exhibition area will use interactive technologies for product displays, simulations, and engaging seminars on an unprecedented scale. We are also proud to be the world’s first defense event to host a runway on site for live military aircraft demonstrations.”

More than 800 exhibitors, including 100 local defense companies, are expected to participate, along with a number of senior military delegations and officials.

The World Defense Show is to be a four-day event, starting on March 6, 2022. Established by Saudi Arabia’s General Authority for Military Industries (GAMI), it is planned that the event will be held on the site biennially.

This week it was reported that global military spending last year rose by 2.6 percent to $1.98 trillion according to the Stockholm International Peace Research Institute. The world’s five biggest spenders in 2020, which together accounted for 62 percent of military spending, were the US, China, India, Russia and Britain, in that order.

These were the details of the news Construction progresses at World Defense Show site in Riyadh for this day. We hope that we have succeeded by giving you the full details and information. To follow all our news, you can subscribe to the alerts system or to one of our different systems to provide you with all that is new.