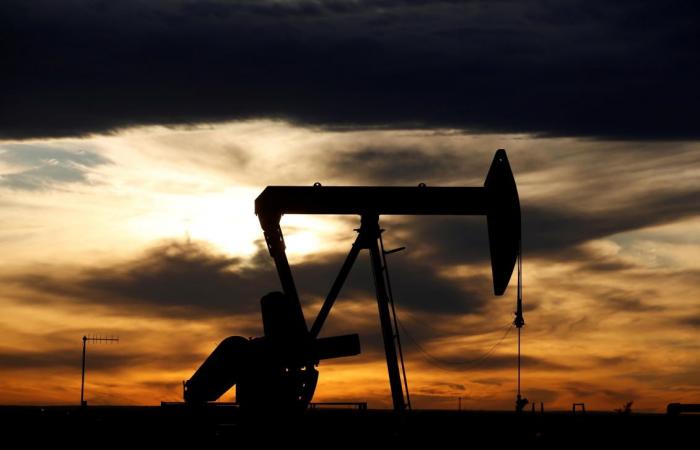 Thank you for reading the news about Oil extends losses into third day on US stock build, pandemic fears and now with the details

Jeddah - Yasmine El Tohamy - DUBAI: The economies of the six-member Gulf Cooperation Council are expected to return to growth this year, a quarterly Reuters survey showed on Thursday, but half are seen expanding less than previously forecast.
Economists in the April 8-20 poll forecast a marked improvement in economic fortunes across the oil-rich region after it was hammered by the COVID-19 pandemic.
But while median forecasts for 2021 growth were raised for Bahrain and to a lesser extent the United Arab Emirates, they were scaled back for Saudi Arabia, Kuwait and Oman while the outlook for Qatar was unchanged.
The economists expect Saudi Arabia’s economy, the Middle East’s largest, to grow 2.4 percent this year, less than the 2.8 percent forecast in a similar poll three months ago. Economic growth in 2022 and 2023 was seen at 3.3 percent and 3.0 percent respectively, versus 3.2 percent and 3.1 percent in the previous poll.
The Kingdom is in the midst of an ambitious economic development plan dubbed Vision 2030 to wean the economy off oil, create jobs and boost investment.
“While some progress has been made in implementing the needed reforms, bureaucracy, lack of transparency, and inefficiency remain major impediments to achieving sustained rapid private sector growth,” the Institute of International Finance (IIF) said in a report.
The UAE’s economy was seen growing by 2.3 percent this year, up slightly from the 2.2 percent expected three months ago. Growth was forecast at 3.6 percent in 2022 and 3.3 percent in 2023, up from 3.5 percent and 3 percent projected in January.
“The UAE can afford a modestly expansionary fiscal stance in 2021 given its spare capacity and the recovery in oil prices,” the IIF said.
“Higher oil prices combined with the economic recovery will support the banking sector by improving the liquidity situation and demand for private sector credit.”
The forecast for Qatar’s 2021 economic growth was unchanged from the previous poll at 2.8 percent, but edged up to 3.6 percent for next year from 3.5 percent. The 3.1 percent growth forecast for 2023 was up a full percentage point from the previous survey with a boost expected from its hosting of the FIFA World Cup in late 2022.
The economists revised down their expectations for Kuwait this year to 1.8 percent growth from 2.2 percent previously as it faces a possible liquidity crunch. However, the 3.5 percent growth seen next year is comfortably above the January forecast of 2.7 percent, with 2023 expectations at 2.9 percent versus 3.0 percent.
Oman’s economy was expected to grow at 1.9 percent this year, 3.2 percent next year and 2.4 percent in 2023, compared to 2.1 percent, 2.7 percent and 2.5 percent in the previous poll.
Bahrain’s economy was seen growing the most this year, at 2.9 percent compared with 2.5 percent in the last poll, with the pace expected to be maintained next year, in line with the previous forecast. Economic growth in 2023 was forecast at 2.7 percent, up from 2 percent previously.

(For other stories from the Reuters global economic poll: )
(Polling by Md Manzer Hussain; Writing by Yousef Saba; Editing by Kirsten Donovan)

These were the details of the news Oil extends losses into third day on US stock build, pandemic fears for this day. We hope that we have succeeded by giving you the full details and information. To follow all our news, you can subscribe to the alerts system or to one of our different systems to provide you with all that is new.