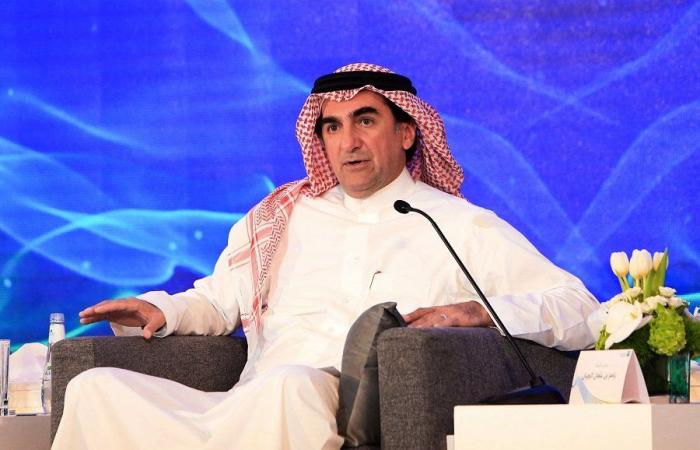 Thank you for reading the news about ESG investing makes business sense: Saudi PIF chief and now with the details

Jeddah - Yasmine El Tohamy - Dubai: The Middle East's largest operator of malls expects revenue and earnings to climb back to pre-pandemic levels by the end of next year and is moving full steam ahead with plans to develop its biggest mall ever.
In a wide-ranging interview with The Associated Press on Thursday, Majid Al Futtaim CEO Alain Bejjani said business is steadily rebounding amid vaccine rollouts in some countries of the region, kicking 2021 off to a relatively strong start.
“We’re not out of the woods across the markets, but things are improving,” Bejjani said. “Going back to the pre-pandemic levels— to 2019 level— in my opinion, will happen by the end of 2022 in terms of financial results."
The company's plethora of retail and leisure holdings include the iconic Mall of the Emirates in Dubai, hundreds of VOX cinema screens and more than 350 Carrefour grocery stores in the Middle East and beyond. Named after its Emirati billionaire founder, the company's largest markets are the United Arab Emirates, Saudi Arabia and Egypt, but its reach extends as far as Pakistan, Kenya and Uzbekistan.
The company's projections of a rebound and its plans for expansion reflect the faster than anticipated recovery of Middle East economies from the coronavirus pandemic, though uneven vaccine distribution remains a concern.
Majid Al Futtaim, which employs some 43,000 people regionally, saw its revenue fall by 7 percent to $8.9 billion last year and earnings drop by 19 percent to around $1 billion due to coronavirus lockdowns and restrictions. The hardest-hit side of the business was its leisure and entertainment arm, where revenue fell by 49 percent to $380 million and earnings plummeted by 122 percent, resulting in losses of $25 million.
Despite last year's slump, Majid Al Futtaim plans to unveil 30 new movie theater screens this year in Saudi Arabia, is developing it’s biggest mall project ever in Riyadh, and is opening what will be the largest mall in Oman at the end of 2021.
“Every country has had their own set of challenges to deal with. The reality is the fastest recovery is the UAE... and we expect very fast recoveries in other markets like Saudi Arabia,” Bejjani said. “We have also seen Egypt being very resilient.”
The United Arab Emirates has rapidly rolled out COVID-19 vaccines, which are free of charge for citizens and residents. Saudi Arabia is also expanding its vaccination rollout and has offered all residents free coronavirus treatment since the start of the pandemic.
It's not back to business as usual just yet, though. Majid Al Futtaim— like many businesses globally— is having to adjust to new realities, including the potential imposition of so-called “digital passports." In Bahrain, for example, where Majid Al Futtaim operates 30 cinema screens, only people who've been vaccinated or recently recovered from COVID-19 will be allowed into cinemas, gyms and other select spaces soon.
Bejjani said the company is “very supportive of any measure” that gives customers the feeling of being safe.
“Whenever there is an additional regulation, that actually gives people even more certainty, I think this is a plus, whether it is the vaccine passport, whether it is something else,” he said. “At the end of the day, what’s important is that people want to go back to normal. People want to go back to consumption.”
The company's rapid growth and expansion since its inception in 1992 mirrors that of its home base of Dubai, where a frenetic construction boom has transformed it from a fishing village into one of the most talked about modern cities in the world. The company's economic rebound is also closely tied to that of Dubai's, where the International Monetary Fund expects the country's overall economy to grow this year by 3.2 percent.
At the height of the pandemic last year, Dubai imposed a 24-hour curfew and government-mandated permits were needed to leave the house. Even then, Majid Al Futtaim's Carrefour supermarkets remained busy.
Because the United Arab Emirates imports most of its produce, meat and poultry, Majid Al Futtaim’s policy of stockpiling a three months’ supply of basic goods proved crucial when nervous shoppers in Dubai rushed to stock up on goods during the first days of growing restrictions on movement.
In the wake of 2020, Bejjani said the company is in conversation with the government of the UAE to increase stockpiles of certain products up to six months. The company is also working with 6,000 local farmers to increase production of fruits and vegetables, while also supporting farmers as far away as Kenya to ensure a diversified supply of fresh food for its UAE stores. A half dozen Carrefours in the UAE began growing their own lettuce and herbs in hydroponic farms last year, Bejjani said.
The company's Carrefour business across the region saw earnings grow by 14 percent to $440 million last year, even as revenue slightly fell. That was due in part to the company's overall 188 percent increase in online sales as people moved toward grocery delivery services.
By the end of last year, the company also saw more visitors returning to its malls and cinemas.
Majid Al Futtaim’s crown jewel in Dubai is the Mall of the Emirates, home to an indoor ski slope and the world’s busiest Carrefour supermarket. A recent walk through the mall showed it's cafes, restaurants and stores teeming with visitors. Still, there were also many shuttered storefronts - evidence of the economic slowdown that had hit Arab Gulf oil exporting nations even before the pandemic.
The region's many sprawling luxury malls aren't just for shopping, though. They offer an escape for millions of people seeking respite from the long summer months. Bejjani said despite some store closures across its malls, there continues to be “big demand” in the Gulf for more entertainment and retail spaces.

These were the details of the news ESG investing makes business sense: Saudi PIF chief for this day. We hope that we have succeeded by giving you the full details and information. To follow all our news, you can subscribe to the alerts system or to one of our different systems to provide you with all that is new.