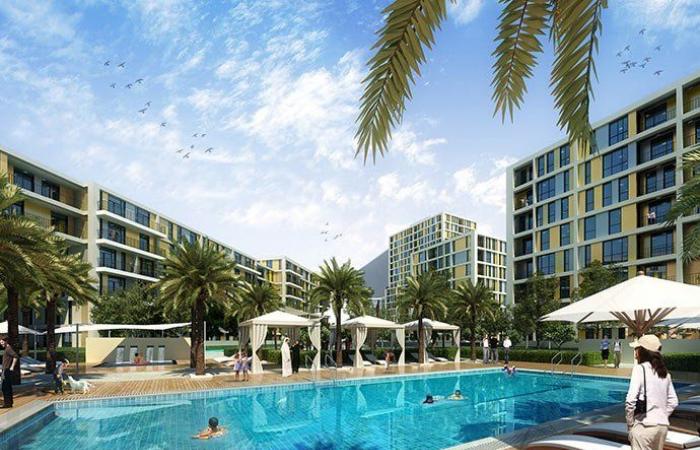 Thank you for reading the news about Deyaar profits rise, sees Dubai property demand growing and now with the details

Jeddah - Yasmine El Tohamy - ISTANBUL: Turkey’s fourth central bank chief in less than two years will oversee his first policy decision on Thursday, after President Tayyip Erdogan rocked financial markets by firing a well-respected governor who had hiked rates just last month.
Erdogan replaced Naci Agbal, a policy hawk, with Sahap Kavcioglu, who has openly criticized Turkey’s tight monetary stance and who shares the president’s unorthodox view that high interest rates cause inflation.
The shock decision on March 20 raised expectations that the policy rate, now at 19 percent, would soon be cut and sent investors fleeing, knocking the lira 12 percent lower. For many analysts, Erdogan’s latest intervention has left the bank’s credibility in tatters.
Here are five questions ahead of the bank’s policy decision this morning:

1. WHAT HAS HAPPENED SINCE LAST MONTH’S RATE HIKE?
On March 18, the bank under Agbal raised rates by 2 percentage points — more than had been expected — to address inflation that was headed beyond 16 percent, and to reinforce his hawkish rhetoric. Two days later, early on a Saturday morning, he was fired.
Minutes after trading began the following Monday, the lira had plunged as much as 15 percent, to 8.485 versus the dollar, leaving it just above the record low hit the day before Agbal was appointed in November 2020.
Stocks had their worst selloff since the 2008 global financial crisis as foreigners dumped nearly $2 billion in Turkish assets in a week. The cost of insuring investments using credit default swaps jumped by 150 basis points to 450 bps.
“Because the whole change of governor has come in such a surprising fashion, the market is quite skeptical,” said Reza Karim, assistant fund manager, emerging markets debt, at Jupiter Asset Management, which has CDS insurance on an already “underweight” Turkish position.
“If they stay put ... and maintain the hawkish policy then that’s a positive sign,” he said of Thursday’s rates meeting.

2. WHERE DOES THE NEW GOVERNOR STAND?
Kavcioglu, a former banker and lawmaker in Erdogan’s ruling party, wrote in a newspaper column as recently as February that high rates do not help the economy and “indirectly cause inflation to rise.”
Since taking the job, he has downplayed those views and promised tight policy for a while given high inflation.
Asked on a call about his past columns, he told investors he would now act in line with his “institutional task” and urged them to “judge me after” the April policy decision, according to sources who took part in the call.
The assurances have resonated — for now.
All but two of 19 economists polled by Reuters expect Kavcioglu to hold rates this week. Oyak Securities said the lira could weaken if the bank’s post-meeting statement removes a reference to raising rates if needed, while Morgan Stanley warns a surprise cut would trigger a 15-20 percent plunge.

3. HOW IS POLICY LIKELY TO CHANGE?
Beyond this month, Kavcioglu is expected to cut rates sooner than would have happened under Agbal, whose hawkish moves sparked a brief lira rally that reversed a years-long exodus of foreign funds.
Five of 14 poll respondents predicted policy easing before mid-year, while seven forecast a move in the third quarter. Yet over the next two years, money markets appear to be betting rates will end up higher due to inflation pressure.
Premature rate cuts that further weaken the lira could, in turn, prompt Turkey to consider adopting some form of capital controls, some analysts say. The government has firmly dismissed this option.
“If you can’t raise rates and you don’t have sufficient reserves, then you don’t have any other choice if you want to limit exchange rate depreciation,” said Morgan Stanley’s chief economic adviser Reza Moghadam, a former IMF regional head.
“A lot of central banks that have reserve difficulties get into those (controls) but it doesn’t usually end well.”

4. WHAT ARE THE RISKS FOR INVESTORS — AND FOR TURKEY?
Investors were drawn by higher yields as Agbal adopted one of the tightest monetary policies in the world. After he was fired, sparking some big losses, some investors said they would not come back.
Ratings agencies say the reaction to Erdogan’s decision — and the harm it does to monetary policy independence — raises the risk of a balance-of-payments crisis given Turkish banks and companies have some $160 billion in short-term foreign debt.
The buffer against such a crisis is thin: a costly and unorthodox policy in 2019-2020 of selling some $128 billion in dollars to support the lira has depleted the central bank’s FX reserves by about 75 percent.
The lira’s slide, along with higher oil prices, has meanwhile raised import prices and pushed inflation up to 16.2% in March. Wall Street banks predict it will reach as much as 19 percent this quarter, keeping basic living costs high for Turks hit by the pandemic and joblessness.

5. WHAT DOES ERDOGAN WANT?
Reuters reported that Erdogan ousted Agbal for two reasons: his long-held aversion to high rates, and politics.
Erdogan was uncomfortable with Agbal’s investigation into the $128 billion in FX sales undertaken during his son-in-law Berat Albayrak’s stint as finance minister, sources said.
Agbal had promised to rebuild the FX buffer and the government has promised to stick to free-market principles. But analysts say the bank could revert to FX interventions under Kavcioglu.
Erdogan — who has shoved out three central bank governors in two years — called for single-digit rates again this month.
“Comments from Erdogan confirm his desire to cut rates rapidly and so there is clear risk of a dovish surprise this week,” said Win Thin, global head of currency strategy at Brown Brothers Harriman.
“The economy is suffering greatly from the pandemic and Erdogan is desperate to inject some stimulus quickly,” he said.

These were the details of the news Deyaar profits rise, sees Dubai property demand growing for this day. We hope that we have succeeded by giving you the full details and information. To follow all our news, you can subscribe to the alerts system or to one of our different systems to provide you with all that is new.