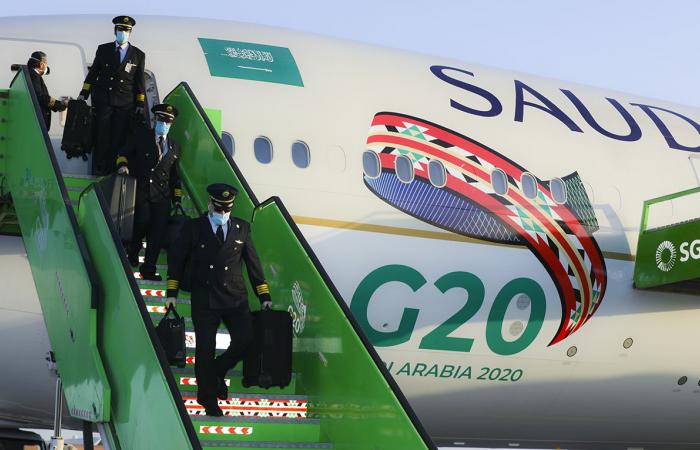 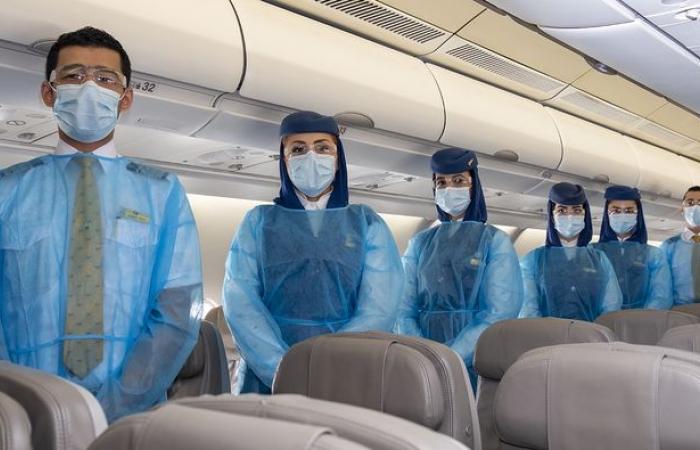 Thank you for reading the news about Saudia targets post-pandemic profitability, privatization and now with the details

Jeddah - Yasmine El Tohamy - RIYADH: A few minutes into our interview and it was clear that the CEO of Saudia, the Kingdom’s state-owned flag carrier, wanted to set the record straight about the aviation sector during the coronavirus disease (COVID-19) pandemic.

“Many people believe that since flying has been reduced, we (the airline industry) have just been able to relax and take a breather,” said Capt. Ibrahim AlKoshy.

“Talking to everybody in the airline industry, it’s been one of the busiest times for anyone … We took that challenge as an opportunity to actually come out stronger.”

The aviation industry has certainly had its challenges. In February, the regional president of the International Air Transport Association (IATA) told Argaam that airlines in Saudi Arabia incurred $9.6 billion in losses as passenger traffic fell by 70 percent.

The latest figures released by IATA earlier this month showed that for Middle Eastern airlines, demand in February 2021 was down 83.1 percent compared to the same month in 2019.

Flights were grounded in the Kingdom in March 2020. While domestic traffic resumed at the end of May last year, and Saudia is gearing up for international flights to restart on May 17, AlKoshy said it will still be some time before a recovery to pre-pandemic levels.

“Our estimates are pretty much in line with IATA and other airlines because we’re sharing data on market recovery,” he added.

“We don’t see that full recovery taking place in international (passenger traffic) until 2024. The remainder of 2021, we do see a strong domestic (and) slight improvement in international … It seems people are still a bit cautious about long-distance traveling.”

A survey in December found that 46 percent of Saudi respondents are looking forward to traveling internationally once restrictions are lifted.

Saudia is putting everything in place to help inspire confidence in travelers to feel safe getting on an aircraft again.

Operating to 90 destinations in 36 countries, Saudia has a number of code-sharing agreements and partnerships with airlines such as Abu Dhabi’s Etihad Airways and China Southern Airlines.

AlKoshy said on April 19, Saudia will trial a digital travel and health pass developed by IATA, and has implemented around 50 COVID-related health initiatives on its flights, resulting in it being awarded Diamond status by the Airline Passenger Experience Association for its efforts to ensure the highest standards of cleanliness and sanitation across its operations. “The practices that we did at Saudia weren’t done generically. We actually hired infectious disease physicians to work with us on developing the protocols,” he added.

“We’re quite proud of how we actually put that together … It seems to have gained passenger confidence quite well.”

Rebuilding passenger confidence is important, and one of the main reasons that AlKoshy and his team have not been able to take a breather over the last year.

“It’s been a complete revisit to the strategy … We’re really looking at a lot of operational efficiencies, better utilization of all resources, aircraft crew etc., not just because of COVID-19 but it’s the right thing to do. We’ll come out much stronger on this one,” he said.

Reuters reported in December that the Kingdom’s Finance Ministry approved SR13.6 billion ($3.6 billion) for Saudia in 2019, and SR6.4 billion in the first half of 2020. AlKoshy acknowledged that like many companies during the pandemic, help from the government was needed.

While he did not get into exact figures, he said the impression that the airline is heavily government-subsidized is not accurate.

“Saudia is a state-owned airline at this stage. We’re working toward privatization, but the truth of the matter is many of the subsidies that historically people believe Saudia receives are no longer received,” he added.

“We’re operating already on our own budget. There’s been some support for staffing etc. for COVID-19, but I think it’s really important to understand that Saudia actually entered with a strong balance sheet at the beginning of this (pandemic) and we’re doing quite well. However, that’s not to say support hasn’t been received during this period. It’s due to COVID-19.”

AlKoshy forecasts that the airline will be back in the black within a few years. “What we’re looking at is … Saudia sees profitability in 2024 without question,” he said.

Privatization of state assets is a core priority for the Saudi government going forward. “Privatization is part of the plan at the Saudia group level and for the airline as well,” he said.

Last month, the airline signed an agreement worth SR11.2 billion to partially finance new aircraft orders up until mid-2024.

According to its 2020 official factsheet Saudia has 144 aircraft, but AlKoshy confirmed that there are plans for new orders.

“Saudia, when looking at its next fleet offers as well, we have our requirements. We’ll definitely be looking at the best options we have with both Boeing and Airbus,” he said. “And there’s another fleet expansion expected that we’ll be going through, so we’ll see how we can work with Boeing and Airbus. They’ve been partners with Saudia for quite a long time. It’s something we’ll look at.”

Operating to 90 destinations in 36 countries, Saudia has a number of code-sharing agreements and partnerships with airlines such as Abu Dhabi’s Etihad Airways and China Southern Airlines.

“We have very strong plans to strengthen that virtual network of codeshares, possibly through joint ventures. There are many things that are being looked at. Some of them have been actioned already,” AlKoshy said.

As the airline counts down the days to May 17, he and his team will be looking forward to getting back to some form of normalization.

But, as he was keen to point out, they certainly were not resting on their laurels over the last year.

“It’s been a very challenging time for the airline industry as a whole, but we’ll come out much stronger on this one,” he said. “Saudia has very aggressive growth plans.”

These were the details of the news Saudia targets post-pandemic profitability, privatization for this day. We hope that we have succeeded by giving you the full details and information. To follow all our news, you can subscribe to the alerts system or to one of our different systems to provide you with all that is new.