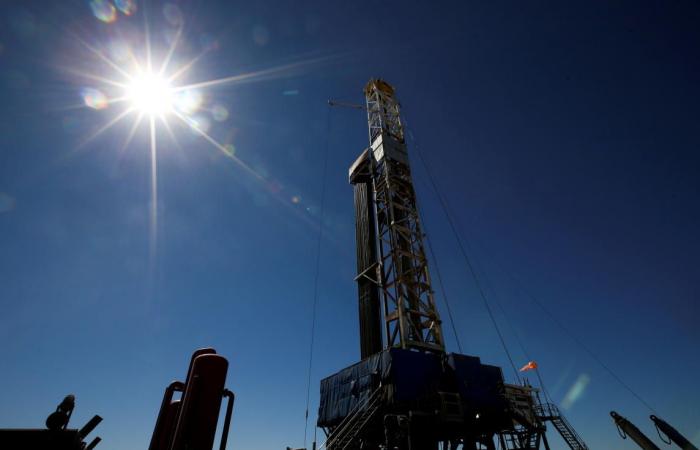 Thank you for reading the news about IEA: Goodbye oil glut thanks to OPEC+ and recovery and now with the details

Jeddah - Yasmine El Tohamy - BEIRUT: Eight months after a massive blast ripped through Beirut port and nearby districts of the Lebanese capital, a host of foreign companies with different national interests are competing to rebuild it.
“Everyone has their eyes on the port: the Russians, the Chinese, the Turks, the French and now the Germans,” interim port director Bassem Al-Kaissi said.
“But for the moment these are only declarations of intent.”
The August 4 explosion of hundreds of tons of ill-stored fertilizers devastated the dockside and large swathes of the capital, killing more than 200 people.
A German delegation last Friday unveiled a spectacular $30-billion project to rebuild the port and adjacent areas, in the presence of their ambassador.
The ambitious plan, drawn up by companies including Hamburg Port Consulting, seeks to move the port east, and remodel the nearby area to include social housing, a “central park” and even beaches.
Former colonial power France has also been positioning itself to take on the port’s reconstruction.
When French President Emmanuel Macron made a second visit to Beirut in September after the monster explosion, the Lebanese-born head of French shipping giant CMA-CGM, Rodolphe Saade, was in his delegation.
During the trip, his company presented Lebanon with a three-phase project to rebuild, expand and modernize the seaside location to become a “smart port,” its regional director Joe Dakkak told AFP.
The first two phases would cost between $400 million to $600 million and the firm would fund half, while around 50 companies and international organizations had also shown interest in participating, he said.
CMA-CGM has already obtained a concession to run the container terminal in Lebanon’s second city Tripoli until 2041, and hopes to soon win a bid for container operations in Beirut.
Beyond the commercial interests, political analyst Imad Salamey says geopolitical influence is also at play.
The appeal includes ongoing “offshore gas exploration in the Mediterranean,” “Russian expansionism” in the region, and “future economic collaboration between Israel and Arab countries” in the wake of several normalization accords, he said.
In 2018, Lebanon signed its first contract for offshore oil and gas drilling in two blocks with a consortium comprising French, Italian and Russian energy giants, Total, ENI and Novatek, respectively.
And further north, Damascus ally Russia has started drilling off the coast of war-torn Syria, Salamey said.
The port is likely small fry for China, Salamey said.
But it could attract the Chinese “to strengthen their alliance with the Iranians,” who hold sway in Syria and Lebanon, where it sponsors the powerful Hezbollah movement.
The former US envoy for Near Eastern affairs, David Schenker, has warned against China winning the bid.
“Beijing’s aversion to transparency and its ambivalence toward Hezbollah would make a Chinese role in reconstruction a worst-case outcome,” he wrote.
He said Washington should work closely with whichever country wins the port bid to ensure the project is “bound to the principle of reform.”
The international community is insisting on sweeping reforms, including at the port, before pumping in foreign aid to rescue the country from its worst economic crisis in decades.
But for eight months, deeply divided politicians have failed to agree on a new cabinet to launch them.
Despite this, Kaissi said port authorities were working on an action plan to reconstruct and revamp the facility, to be submitted to any new government.
There is an obstacle to the German proposal.
Lebanese activists fear its plan for a park and beaches could spell a repeat of the Beirut center’s post-war transformation.
The neighborhood was once a historic and vibrant commercial center where people of all social and religious backgrounds mixed.
But Lebanese company Solidere privatised downtown Beirut, converting it into grandiose real estate unaffordable to the average Lebanese.
“We will not accept a new Solidere with a foreign touch,” civil society group Nahnoo has said.
Economist Jad Chaaban said that any project as huge as the port would require “national consultation.”
“Foreign companies alone should not decide. Neither should the Lebanese state.”

These were the details of the news IEA: Goodbye oil glut thanks to OPEC+ and recovery for this day. We hope that we have succeeded by giving you the full details and information. To follow all our news, you can subscribe to the alerts system or to one of our different systems to provide you with all that is new.