UAE posts increase of $3.4bn in international reserves in 3 months 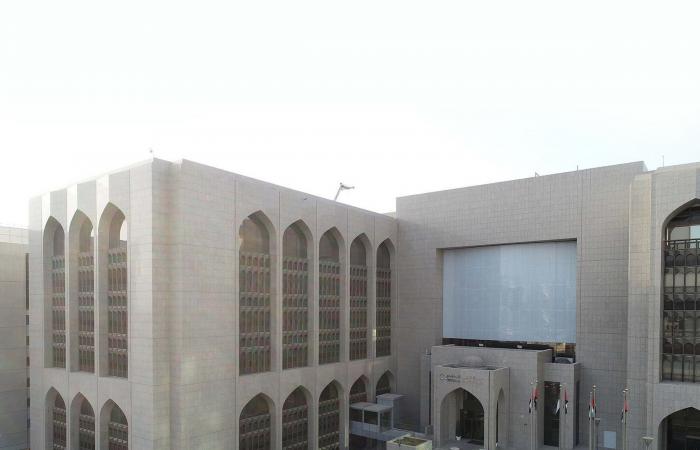 Thank you for reading the news about UAE posts increase of $3.4bn in international reserves in 3 months and now with the details

Jeddah - Yasmine El Tohamy - ISTANBUL: Turkey’s lira plunged 15% to near its all-time low after markets opened following President Tayyip Erdogan’s shock weekend decision to oust a hawkish central bank governor and install a like-minded critic of high interest rates.
The appointment of Sahap Kavcioglu, a former banker and ruling party lawmaker, in the early hours on Saturday marked the third time since mid-2019 that Erdogan has abruptly fired a central bank chief.
Kavcioglu had sought to ease concerns over a sharp selloff in Turkish assets and a pivot from rate hikes to cuts in a 90-minute call on Sunday, in which he told bank CEOs he planned no immediate policy change, a source told Reuters.
The currency tumbled to as weak as 8.4850 versus the dollar, from 7.2185 on Friday, back to levels touched in early November when it reached an intraday record of 8.58. It last changed hands at 8.0749.
“The lira is being smashed by investors fearing that the custodian of its value does not share their hopes for a stable currency underpinned by positive real interest rates,” said Westpac senior currency strategist Sean Callow, adding that the lira may not yet have found a bottom.
“The real test will be when the volume comes in in Europe,” he said.
Goldman Sachs and others had expected a sharp dive in the lira and Turkish assets given the new governor’s dovish and even unorthodox views, and what was seen as the latest damage to the bank’s credibility amid years of policy interference that has dogged the major emerging market economy.
The weekend overhaul could soon reverse the hawkish steps taken by predecessor Naci Agbal, analysts said, and nudge Turkey toward a balance of payments crisis given its depleted buffer of FX reserves.
One possible scenario would see the lira swing as much as 15% in both directions in Monday’s European session as “TRY sets off on a roller-coaster ride driven by capital flight, central bank interventions and bargain hunters,” SEB Research wrote in a client note.
Erdogan fired Agbal two days after a sharp rate hike that was meant to head off inflation of nearly 16% and a dipping lira.
In less than five months on the job, Agbal had raised rates by 875 basis points to 19% and regained some policy credibility as the lira rallied from its nadir. But the currency gave back most of those gains in less than 10 minutes as the week’s trade began.
“It is going to be a dark and long day on Monday,” said one Turkish fund manager.
Cristian Maggio, a strategist at TD Securities, predicted a 10%-15% lira depreciation over the coming days.
The overhaul “demonstrates the erratic nature of policy decisions in Turkey, especially with regard to monetary matters (and risks) looser, unorthodox, and eventually mostly pro-growth policies from now on,” he said.
On the call with Turkish bankers, Kavcioglu said any policy change would depend on lowering inflation, which he said was the primary goal, the source familiar with the call said.
Kavcioglu said the current policy approach would continue, the source added. The central bank did not immediately comment.
In a statement on Sunday, Kavcioglu said the bank would focus on permanently lowering inflation, which has been stuck in double digits for most of the last four years.
A former member of parliament for Erdogan’s AK Party (AKP), Kavcioglu has espoused the unorthodox views shared by the president. He wrote high rates “indirectly cause inflation to rise,” in a newspaper column last month.

Weekend of questions
Agbal’s latest rate hike was 200 basis-points on Thursday which sparked a more than 3% lira rally.
His hawkish stance dramatically cut Turkey’s CDS risk gauges and started to reverse a years-long trend of funds abandoning local assets.
But after Erdogan ousted Agbal, investors told Reuters they had worked through the weekend to predict how quickly and sharply Kavcioglu might cut rates — and how much the currency would retreat.
The heads of some local treasury desks had estimated offers up to 8.00 on Monday. At Istanbul’s Grand Bazaar on Saturday, one trader said a dollar bought 7.80-7.90 of the local currency.
Wall Street bank Goldman told clients it was reviewing investment recommendations and predicted a “discontinuous” drop in the lira, and a “front-loaded” rate-cutting cycle.
The overhaul meant capital outflows appeared likely and a rapid adjustment in the current account may be necessary since markets would shy away from funding Turkey’s chronic deficits, it said.
Concerns over central bank independence have exacerbated Turkey’s boom-and-bust economy and record dollarization, and prompted last year’s unorthodox and costly policy of FX interventions, economists say.
The lira has lost half its value since a 2018 currency crisis.
Kavcioglu said in the statement that policy meetings will remain on a monthly schedule, suggesting any rate cuts may wait until the next planned meeting on April 15.

These were the details of the news UAE posts increase of $3.4bn in international reserves in 3 months for this day. We hope that we have succeeded by giving you the full details and information. To follow all our news, you can subscribe to the alerts system or to one of our different systems to provide you with all that is new.