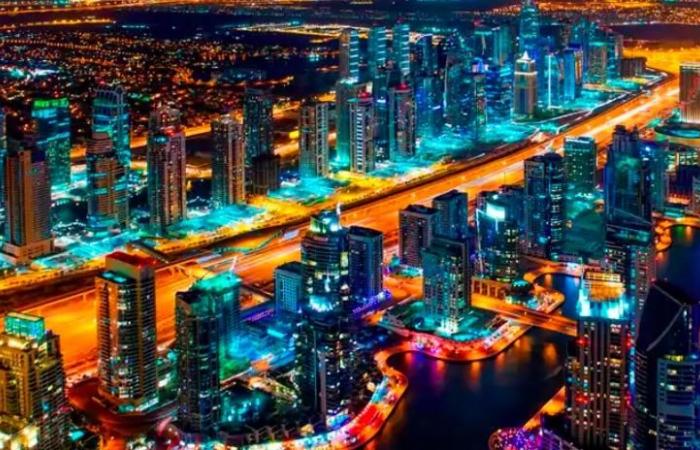 ANCHORAGE, Alaska: The United States and China leveled sharp rebukes of each others’ policies in the first high-level, in-person talks of the Biden administration on Thursday, with deeply strained relations of the two global rivals on rare public display during the meeting’s opening session in Alaska.
The US, which quickly accused China “grandstanding” and violating the meeting’s protocol, had been looking for a change in behavior from China which had earlier this year expressed hope for a reset to sour relations.
On the eve of the talks, Beijing had presaged what would be a contentious meeting, with its ambassador to Washington saying the United States was full of illusions if it thinks China will compromise.
Sparring in a highly unusual extended back-and-forth in front of cameras, US Secretary of State Antony Blinken and national security adviser Jake Sullivan opened their meeting with China’s top diplomat Yang Jiechi and State Councilor Wang Yi in Anchorage, fresh off of Blinken’s visits to allies Japan and South Korea.
“We will ... discuss our deep concerns with actions by China, including in Xinjiang, Hong Kong, Taiwan, cyberattacks on the United States, economic coercion of our allies,” Blinken said in blunt public remarks at the top of the first meeting.
“Each of these actions threaten the rules-based order that maintains global stability,” he said.
Yang responded with a 15-minute speech in Chinese while the US side awaited translation, lashing out about what he said was the United States’ struggling democracy, poor treatment of minorities and criticizing its foreign and trade policies.
“The United States uses its military force and financial hegemony to carry out long arm jurisdiction and suppress other countries,” Yang said.
“It abuses so-called notions of national security to obstruct normal trade exchanges, and incite some countries to attack China,” he added.
“Let me say here that in front of the Chinese side, the United States does not have the qualification to say that it wants to speak to China from a position of strength,” Yang said.
.”..the US side was not even qualified to say such things, even 20 years or 30 years back, because this is not the way to deal with the Chinese people...”

Protocol
Apparently taken aback by Yang’s remarks, Blinken held journalists in the room so he could respond.
Sullivan said the United States did not seek conflict with China, but would stand up for its principles and friends. He touted this year’s Mars rover landing success, and said the United States’ promise was in its ability constantly reinvent itself.
What is typically a few minutes of opening remarks open to press for such high-level meetings lasted for more than an hour, and the two delegations tussled about when media would be ushered out of the room.
Following the exchange, a senior US administration official said China had immediately “violated” agreed-to protocol, which was two minutes of opening remarks by each of the principals.
“The Chinese delegation ... seems to have arrived intent on grandstanding, focused on public theatrics and dramatics over substance,” the official told reporters in Alaska.
The United States would continue with its meeting as planned, the official said, adding that “exaggerated diplomatic presentations often are aimed at a domestic audience.”
Before taking office, US President Joe Biden had been attacked by Republicans who feared his administration would take too soft approach with China. But in recent weeks, top Republicans have given the president a gentle nod for revitalizing relations with US allies in order to confront China, a shift from former President Donald Trump’s go-it-alone “America First” strategy.
While much of Biden’s China policy is still being formulated, including how to handle the tariffs on Chinese goods implemented under Trump, his administration has so far placed a stronger emphasis on democratic values and allegations of human rights abuses by China.

’Pretty tough' conversations
Washington says Blinken’s Asia tour before the meeting with Chinese officials, as well as US outreach to Europe, India and other partners, shows how the United States has strengthened its hand to confront China since Biden took office in January.
But the two sides appear primed to agree on very little at the talks, which were expected to run into the Anchorage evening and continue on Friday.
Even the status of the meeting has become a sticking point, with China insisting it is a “strategic dialogue,” harkening back to bilateral mechanisms of years past. The US side has explicitly rejected that, calling it a one-off session.
On the eve of the talks, the United States issued a flurry of actions directed at China, including a move to begin revoking Chinese telecoms licenses, subpoenas to multiple Chinese information technology companies over national security concerns, and updated sanctions on China over a rollback of democracy in Hong Kong.
“We’re expecting much of these conversations will be pretty, pretty tough,” a senior US administration official told reporters in Alaska before the meeting began.
Yang questioned Blinken on whether the sanctions were announced ahead of the meeting on purpose.
“Well, I think we thought too well of the United States, we thought that the US side would follow the necessary diplomatic protocols,” he said.
China, however, indicated this week that it is set to begin trials of two Canadians detained in December 2018 on spying charges soon after Canadian police detained Meng Wanzhou, the chief financial officer of telecoms equipment company Huawei Technologies, on a US warrant.
Meng awaits the results of a case that could see her extradited to the United States, but China’s foreign ministry rejected assertions that the timing of the trials was linked to the Anchorage talks.
Washington has said it is willing to work with China when it is in the interests of the United States and has cited the fight against climate change and the coronavirus pandemic as examples. On Thursday, Blinken said Washington hoped to see China uses its influence with North Korea to persuade it to give up its nuclear weapons.
The largest group representing exiled Uighurs has written to Blinken urging him to demand that Beijing close its internment camps in the Xinjiang region, where UN experts say that more than 1 million members of the ethnic group and other Muslim minorities have been held.
Blinken had pledged to raise the issue, his State Department having upheld a Trump administration determination that Beijing was perpetrating genocide in Xinjiang, something China vehemently denies.
Yang said China firmly opposed US interference in its internal affairs. The United States should handle its own affairs and China its own, he said.

These were the details of the news UAE tourism seen as top play by Bank of America as global travel resumes for this day. We hope that we have succeeded by giving you the full details and information. To follow all our news, you can subscribe to the alerts system or to one of our different systems to provide you with all that is new.