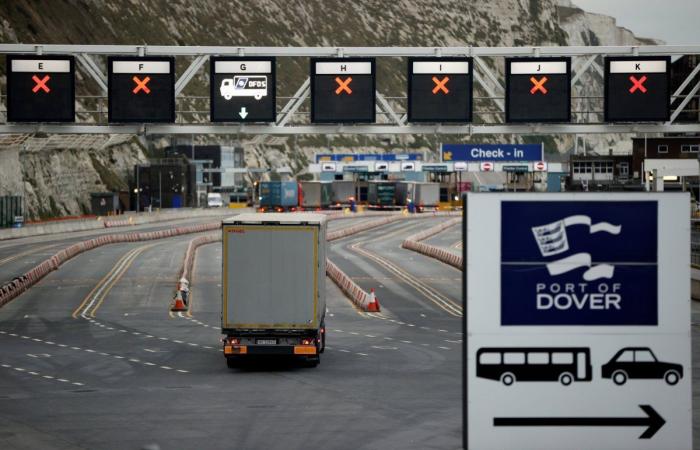 Under the relief plan, 161,251 families classified as the poorest in Lebanon will receive 800,000 Lebanese pounds ($80) per month per family for one year.

The aid program will be implemented under the supervision of the World Bank.

The emergency package is expected to reduce mounting resentment against the country’s political leadership, which is widely blamed for the economic collapse and parliamentary stalemate.

Mohammed Fahmy, the caretaker interior minister, warned of “a diminishing security situation,” adding that “security is a product of politics, and all the country’s systems have diminished.”

He said: “We are part of the people and we are hungry. The political forces must resolve the obstacles to form a rescue government as soon as possible.

“We can no longer take it. The situation is very bad, the country is exposed, and I am sounding the alarm.”

French Foreign Minister Jean-Yves Le Drian warned on Thursday that “time is running out to prevent the collapse of Lebanon, and we do not see any indication that Lebanese politicians are doing what they can to save their country.”

The approval of aid follows growing protests against the economic meltdown.

Protesters attempted to march on the UNESCO Palace in Beirut while a parliamentary session took place, but tight security measures stopped them from reaching the venue.

Meanwhile, the dollar exchange rate on the black market in some regions reached new highs of 11,000 Lebanese pounds.

As the dollar exchange rate soars, the price of essential materials and commodities is increasing, while the value of people’s wages continues to decline.

The minimum wage, once equivalent to $450, has fallen below $62. As a result, public and private sector salaries have lost their value.

In its plenary session on Friday, parliament authorized the government to amend the housing loan ceilings for the Banque de L’habitat from 300 million to 450 million Lebanese pounds, and from 400 million to 600 million pounds.

Parliament also approved an agreement with the World Bank to allocate $5.5 million to support small and medium enterprises.

MP Hadi Abu Al-Hassan objected to financial aid for families, saying that people need to understand “the pain will continue and the loan will not achieve the desired goal.”

Parliament retracted proposals to support the military and security services with 1 million Lebanese pounds per month for each soldier.

The Ministry of Energy’s proposal to give an advance of 1,500 billion Lebanese pounds to Electricite du Liban (EDL) was referred to the joint committees that will meet next Tuesday.

The proposal to give aid to the military and security forces alone in the private sector was met with widespread objections, with activists and some politicians describing it as a bribe for security services.

Public administration employees, who went on strike on Friday, also objected to the plan.

The proposal was rejected by Army Command, which said it had not discussed the proposal, adding: “The military establishment is not concerned with it.”

It stressed that “the citizens have the right to demonstrate to demand their rights.”

MP Bilal Al-Abdallah said that the handling of the economic and social crisis “is a stop-gap, and we are begging for money from abroad.”

“I objected during the session to giving the families this aid in Lebanese pounds instead of dollars.

“The Banque du Liban and the banks have made this decision because they want to keep their dollars, and people will not receive the full value in dollars as it will be calculated less than its exchange rate in the market.”

The Supreme Judicial Council on Friday approved the resignation of two judges and rejected applications for deposit submitted by other judges.

These were the details of the news UK-EU trade slumps in first month of new Brexit rules for this day. We hope that we have succeeded by giving you the full details and information. To follow all our news, you can subscribe to the alerts system or to one of our different systems to provide you with all that is new.