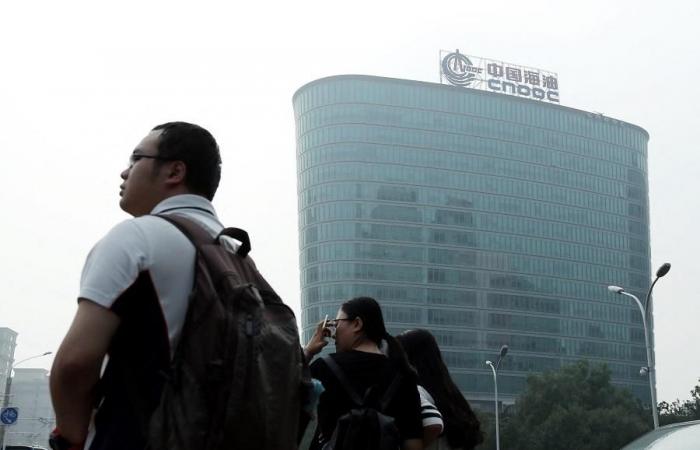 Jeddah - Yasmine El Tohamy - BENGALURU: A winter storm that hit parts of the southern United States over the past week led several energy companies to report stronger-than-expected results after they were called on to provide more power at higher prices, while others faced millions of dollars in losses.
Here is a look at the winners and losers in the energy sector from the storm:

Gas producers:
Comstock Resources said the last week was "like hitting the jackpot," adding it was able to sell at "super-premium prices" a material amount of production at anywhere from $15 per thousand cubic feet of gas (mcf) to as much as around $179 per mcf.
EQT Corp said it also benefited from the high prices. The company mainly produces gas out of the Marcellus and Utica shale regions in Pennsylvania and Ohio.
Australia's Macquarie Group, the second biggest gas marketer in North America after oil major BP, lifted its profit guidance on Monday due to the effects of the extreme winter weather. It expects 2021 profit to rise by 10%, after earlier anticipating earnings to drop.
Other natural gas-weighted production companies, including Cabot Oil & Gas, Southwestern Energy Co, Range Resources Corp and Antero Resources, may benefit from the freeze, Morgan Stanley analysts said in a note.

Refiners with limited exposure to Texas markets:
Shares of refiners such as HollyFrontier Corp and Valero Energy Corp rose after the freezing temperatures knocked a large swath of U.S. Gulf Coast refining offline, said Bob Yawger, director of energy futures at Mizuho. Eurozone refiners, including Shell and Total, are positioned to benefit as they ramp up their shipments of gasoline into New York Harbor, he said.

Utilities:
Just Energy on Monday raised doubt about its ability to continue as a going concern, after it forecast a $250 million loss from the winter storms.
Innergex Renewable Energy Inc forecast a financial impact of up to C$60 million ($47.48 million) on its Texas wind farms.
Algonquin Power & Utilities Corp said on Friday it expects the potential hit to adjusted core earnings for this year to be between $45 million and $55 million after the cold weather restricted production at its Renewable Energy Group's Texas-based wind facilities.
Atmos Energy said on Friday it purchased natural gas for an extra $2.5 billion to $3.5 billion due to higher cost of the fuel, adding it was evaluating financing options to pay for the additional purchase cost.
Vistra Corp estimated a one-time adverse impact of between about $900 million and $1.3 billion, and said it was unable to reaffirm or adjust its 2021 guidance.

Oilfield Services:
Solaris said on Monday last week's weather would have an impact on first quarter financials, but did not quantify the hit.

Shale oil producers:
Shale oil producers in the southern United States could take at least two weeks to restart the more than 2 million barrels per day of crude output that shut down. Some production may never return, analysts said.
Diamondback Energy said it expects the weather to wipe off up to five days of production in the current quarter.
Cimarex Energy Inc said it expects an up to 7% hit to production volume in the quarter.
Occidental Petroleum forecast first-quarter Permian production of 450,000 barrels of oil equivalent per day to 460,000 boepd, including a 25,000 boepd hit from downtime related to the winter storm.
Laredo Petroleum said its Permian Basin operations were affected for the last 12 days and estimated the combined impact of shut-in production and completions delays to reduce first-quarter total output by about 8,000 boepd and oil production by about 3,000 bpd.

Gulf refiners:
Refiners with oil processing facilities along the Gulf Coast, the main U.S. refining hub, such as Phillips 66 and Exxon Mobil, were forced to halt operations. By Thursday last week, the historic sub-zero temperatures in Texas and Louisiana shut at least 3.5 million barrels per day, or about 19%, of U.S. refining capacity.

These were the details of the news NYSE begins move to delist Chinese state oil producer CNOOC for this day. We hope that we have succeeded by giving you the full details and information. To follow all our news, you can subscribe to the alerts system or to one of our different systems to provide you with all that is new.