Number of businesses in Saudi military industries sector grows to 70 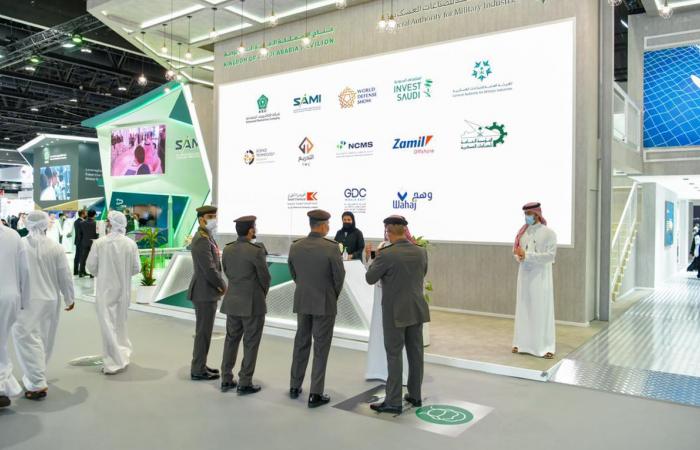 The figures were announced on Tuesday, during the 2021 International Defense Exhibition and Conference (IDEX) in Abu Dhabi, by the Kingdom’s pavilion, which is organized and led by the General Authority for Military Industries (GAMI).

The authority said it had issued 114 licenses to 70 local and international companies by the end of last year, allowing them to operate in the sector. Of those, 57 percent were manufacturing licenses, 25 percent were for military services, and 18 percent were supply licenses. National companies accounted for 81 percent of the licenses, and foreign and mixed-ownership companies for the remaining 19 percent.

GAMI said it aims to support investors and facilitate their entry into the Saudi military and security industries market, as part of its strategy to increase localization in the defense sector to more than 50 percent of government spending on military equipment and services by 2030.

GAMI is responsible for organizing, enabling and licensing military industries in the Kingdom. It is also tasked with developing a sustainable sector for the defense and security industries that enhances the Kingdom’s strategic independence, strengthens the foundations of its national security, and supports its economic and social prosperity. The authority also plays a pivotal role in regulating the sector.

IDEX 2021 began on Sunday and continues until Thursday at the Abu Dhabi International Exhibition Center.

These were the details of the news Number of businesses in Saudi military industries sector grows to 70 for this day. We hope that we have succeeded by giving you the full details and information. To follow all our news, you can subscribe to the alerts system or to one of our different systems to provide you with all that is new.