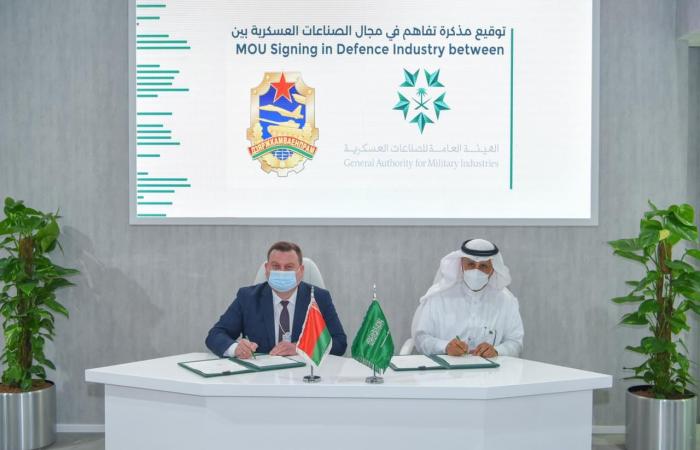 Jeddah - Yasmine El Tohamy - Saudization not to be forced on companies that move their HQs to the Kingdom: Investment Minister

DUBAI: Companies that choose to set up or relocate their headquarters in Saudi Arabia will not have Saudization forced on them, the Kingdom’s investment minister has told Arab News in the , referring to the policy that requires companies to hire Saudi nationals on a quota basis.

Investment “is the name of the game,” Khalid Al-Falih said, adding that hundreds of opportunities will be on the Invest Saudi online portal “ready for investors to evaluate and take it to the next level of execution.”

Hand in hand with the investment drive, he said, the Kingdom is creating the environment for high-quality international experts to choose Saudi Arabia to be their home where they can even retire, and not only to be their workplace.

Al-Falih’s comments follow last week’s decision by Saudi Arabia to set certain rules for companies seeking to take advantage of the $3 trillion investment opportunities identified for international investors under the Vision 2030 strategy. This is the first his ministry has spelled out details of the new regulations, which are still being fine-tuned.

Al-Falih, who played an eminent role in the vital energy sector in Saudi Arabia before moving to the investment ministry last year, was appearing on Frankly Speaking, a recorded show where prominent Middle East policymakers and business leaders are questioned on their views about the most important issues of the day.

There has been speculation some companies might try to satisfy the new regulations by setting up a “nameplate” operation in Riyadh, while maintaining the real business hub elsewhere in the Middle East. But-Al Falih made it clear that multinationals wishing to bid for government contracts would have to show a serious corporate commitment to the Kingdom.

He said they will have to have a “major headquarters,” preferably in Riyadh, if they want to do business with the government.

“We would want to see the companies having a major headquarters office with executive staff; their C-suite being here; operations in other countries reporting to it; and support functions, whether it's training, product development, consolidation of regional operations, all taking place within their regional headquarters. So, a superficial nameplate saying 'this is the regional headquarters’ will not fly,” Al-Falih said.

Riyadh, which is the subject of ambitious plans to double its population over the next decade to become one of the top 10 urban economies in the world, is Al-Falih’s preferred location as these companies’ headquarters.

“Riyadh will be the predominant. If you look at other countries where regional headquarters have evolved over decades, we saw a trend within every country that there will be one business capital for that country, where the companies coalesce together, and the networking and the support services takes place,” he explained.

“We think it's useful for the companies to do that here in Saudi Arabia, rather than have them spread and then try to pull them together. We're encouraging Riyadh to be that city, by creating a special economic zone that will offer incentives.

“The message is that for those contracts that the Kingdom chooses to give through its procurement policy, we want to do it with companies who have their entire integrated operations here in the Kingdom, from the decision-making to the strategic development, to managing the execution of those government procurement and government contracts. That’s our interest and that's our right.”

It was up to the companies to decide the definition of the region the headquarters would serve, Al-Falih said, but he outlined official Saudi thinking on the issue: “As a government leader now but previously a leader within a private-sector enterprise, I see the Middle East and Africa and part of Western Asia as an integrated global market, and we see Riyadh as the anchor capital for that broader region.”

In addition to the option of employing non-Saudi talent, other Saudi cities likes Jeddah or Dammam could qualify as regional headquarters bases if the big global companies made a strong business case, he said.

“If somebody chooses to be in a different region because that’s closer to their customers or that's where it makes business sense for them, we will work hard to give them all of the support they need,” Al-Falih said.

The plan for Riyadh, in conjunction with the Royal Commission for Riyadh City, will make the Saudi capital an attractive proposition for global executives, he believes.

“We're building it out and creating a competitive advantage in livability that will be unmatched. We are attracting four additional schools in the next 12 months that will be opening up in Riyadh. These are first-class international schools. Compounds are being built, arenas for recreation, and sport events are being planned and are quite advanced,” Al-Falih said.

“The airport will be expanded and Riyadh will have one of the largest regional airports with more destinations and more passengers than any competing airport. That will be difficult to replicate in three or four cities in the Kingdom of Saudi Arabia.”

An influx of international executives and their families would add to the attractions of the city, and would incentivize Saudi citizens to seek employment in the private sector. “We are opening up the Kingdom, and creating the environment for expatriate staff not only to choose to work here but actually to enjoy living here, and to even retire after their employment obligations are fulfilled,” he said, adding that an existing premium residency program is being revised and upgraded just for this purpose.

“We think this mix of Saudis and expats, highly educated Saudis graduated from the best universities here in the Kingdom and around the world, will enrich these companies and make their operations more competitive to address the global markets,” Al-Falih said.

“We believe it will take place and we believe many Saudis will prosper and gain career opportunities, but (Saudization) is not going to be forced upon the companies who choose to move here.”

Companies that decide against a move to Riyadh would still be welcome to do business there. “Don't get me wrong — the companies who choose to have their headquarters elsewhere, I'm going to do as much marketing to them as I do to the ones who choose to be here,” Al-Falih said.

“We're still inviting those who for whatever reason choose not to have their headquarters here and the Kingdom will welcome them.”

In his view, the move to attract global companies, with the new rules due in 2024, was not too tough on multinationals. “On the contrary, I think we're extending our hand to our partners from the international community and making sure that the message is clear,” he said.

Al-Falih described the creation of the investment ministry by King Salman and Crown Prince Mohammed bin Salman as “quite a signal.”

“Investment is the name of the game here in the Kingdom. We are preparing the opportunities,” he said. “We have hundreds of opportunities that will be on the Invest Saudi digital portal, ready for investors to evaluate and take it to the next level of execution.”

Al-Falih said that there was still some way to go to reach the target of 5.7 per cent of GDP coming from foreign investment, but that Saudi Arabia showed an increase in FDI in 2020 compared to a global reduction of 42 per cent. “The trend is in the right direction in terms of absolute levels. We realize that this is a journey,” he said.

He also recognized that there was a need for the Kingdom to market itself better to attract International investment, but that the fundamental ingredients for foreign investors were in place. “I think at the macro level, people are recognizing that the Kingdom is one of the most stable countries in the world — politically, security, safety, quality of government and quality of governance,” he said.

Al-Falih said that his experience as chairman of Saudi Aramco and as energy minister had given him international contacts and a breadth of sectoral experience that would be an advantage in the big investment drive.

“Of course, our energy sector will always be the Kingdom's leading sector. But I always say that even beyond oil, this Kingdom will be a Kingdom full of energy, exporting energy and creating a lot of energy of different sorts,” he said.

These were the details of the news Saudi Arabia’s GAMI and Belarus’ SAMI sign MoU for military industries for this day. We hope that we have succeeded by giving you the full details and information. To follow all our news, you can subscribe to the alerts system or to one of our different systems to provide you with all that is new.