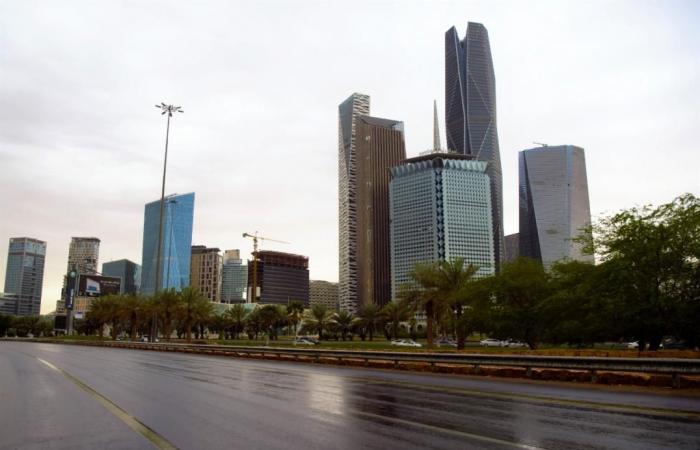 Thank you for reading the news about Saudi Arabia's new instant payment system seen as catalyst for e-commerce, fintech sectors and now with the details

Jeddah - Yasmine El Tohamy - JEDDAH: The arrival of the Kingdom's first instant payment system (IPS) has been hailed as a major breakthrough by retailers and financial experts.

Saudi Payments’ managing director, Fahd Al-Akeel, said on Sunday that the launch of IPS was the result of several months of “meticulous efforts” with all partners. “Despite the challenges posed by the COVID-19 pandemic, the speed of the instant payment system’s deployment across all the local banks is the fastest of its kind worldwide,” he added.

The system will allow financial institutions, companies, and people to complete transactions instantly across various banks, around the clock.

Mazen Al-Sudairi, head of research at the Riyadh-based financial services company Al-Rajhi Capital, said the move would have two main benefits for retailers and consumers. First, it would help boost consumption and make the monetary supply chain more efficient. “It will reduce the use of cash in the economy,” he added. “The more electronic trade in the economy, the more it means a lower shadow economy and more data-based economy, the more it is a transparent economy.”

Instant electronic payments are described by the Euro Retail Payments Board as electronic retail payment solutions available 24 hours a day, seven days a week and 365 days a year, with payments processed between accounts within seconds, according to Talat Zaki Hafiz, an economist and board member of the Saudi Financial Association.

He said that local payment processing had traditionally been limited to bank business hours and did not take place beyond these hours or on weekends and holidays. The new payment system would mean that these limitations will no longer apply.

“Its introduction is a major milestone in the history of payment systems in Saudi Arabia,” he told Arab News. “It will help to promote safety and improve efficiency for the main stakeholders in the Kingdom’s development of its financial ecosystem, including SAMA (Saudi Central Bank), Saudi Payments, and all the financial institutions and customers who will benefit from this latest development.”

Yasser Al-Ammari, a Saudi entrepreneur who founded the online platform coffinado.com last year, explained how the new IPS would benefit e-commerce. “To own an e-commerce platform means to inherently have the advantage of unlimited operations - 24 hours a day, seven days a week, all year long,” he said. “Considering that services and goods are offered around the clock, unlike brick-and-mortar establishments I believe that the new real-time Instant Payment System would help facilitate and speed up the operational process of e-commerce, specifically in online payment and refunds for both partners and customers.”

For e-commerce customers who depend on a fast efficient service as part of the offering, the IPS development is also a major step for the Kingdom.

Michael Trueschler, co-founder and CEO of FlexxPay, a fintech company with headquarters in Saudi Arabia, called the new system “a fantastic initiative.”

“For FlexxPay users this means that access to their earned income is immediate,” he said. “They can cover unexpected expenses even during the weekends and after banking hours. This is a massive value add for everyone in Saudi Arabia.”

“Fintech is one of the most dynamic segments of the tech sector,” he added. “From 2017-19, fintech transactions amounted to more than $19 billion in the Kingdom. By 2023, the Saudi fintech market is expected to exceed $33 billion. Fintech is high on Wa’ed’s agenda and we expect to be announcing several investments in the near future.”

The new service is also likely to be a catalyst for growth in the Kingdom’s digital payments sector, according to Noon.com, an online platform backed by Saudi Arabia’s Public Investment Fund.

“The newly announced Instant Payments System will act as a huge catalyst in bringing the cost of funding down for e-wallet players as well as adding convenience to customers and businesses alike,” Mosam Gadia, senior vice president at Noon Payments, told Arab News. “This new system will enable customers to add money seamlessly to e-wallets from their bank accounts in real time, a capability that we will leverage when our homegrown wallet, Noon Pay, launches in Q2. It will also make the process of merchant collections super swift, allowing them to receive payments in near real time.”

The IPS launch comes at a great time for the e-commerce sector, which saw a surge in the use of digital payments last year.

The total number of digital transactions in Saudi Arabia in 2020 amounted to about 2.8 billion, an increase of 75 percent compared with the same period in the previous year.

These were the details of the news Saudi Arabia's new instant payment system seen as catalyst for e-commerce, fintech sectors for this day. We hope that we have succeeded by giving you the full details and information. To follow all our news, you can subscribe to the alerts system or to one of our different systems to provide you with all that is new.