Global companies to be rewarded for setting up in KSA: Officials 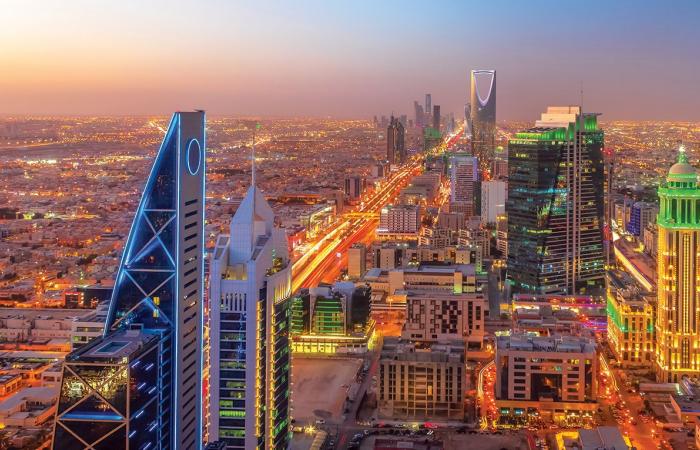 Thank you for reading the news about Global companies to be rewarded for setting up in KSA: Officials and now with the details

Jeddah - Yasmine El Tohamy - RIYADH: Saudi Arabia’s decision to stop signing contracts with foreign companies from 2024 unless their regional headquarters are based here will help reduce unemployment, boost the market for local goods and services, and accelerate the Riyadh Strategy 2030 plan to attract hundreds of international companies to the Kingdom’s capital.

“If a company refused to move their headquarters to Saudi Arabia it is absolutely their right and they will continue to have the freedom to work with the private sector in Saudi Arabia,” Finance Minister Mohammed Al-Jadaan told Reuters on Monday.

“But as long as it is related to the government contracts, they will have to have their regional headquarters here,” he added.

“Saudi Arabia has the largest economy and population in the region, while our share of regional headquarters is negligible, less than 5 percent currently. You can imagine what does this decision mean in terms of FDI (foreign direct investment), knowledge transfer and job creation.”

Investment Minister Khalid Al-Falih said incentives will be given to encourage companies to set up their regional base in the Kingdom, and those that make the move will be rewarded for their loyalty.

“It’s not natural for companies without their decision-making apparatus in the country to be getting the prime contracts that the government and government entities would be awarding,” Al-Falih told Bloomberg.

“It’s a reward for those who choose to be here … We believe that the combination of the infrastructure in place in Riyadh, the incentives that will be given, as well as the size of the pie in terms of business opportunities, will attract hundreds of companies to relocate and not wait until 2024.”

According to studies, the strategy program will create 35,000 jobs for Saudis and help pump up to SR70 billion ($18.67 billion) into the national economy by the end of the decade.

“All of Riyadh’s features set the groundwork for job creation, economic growth, investment, and many more opportunities,” the crown prince said last month.

“We are therefore aiming to make Riyadh one of the 10 largest city economies in the world. Today it stands at number 40,” he added.

Fawwaz Al-Shammari, CEO of telecoms technology company MBUZZ, said the new Riyadh investment drive will be a catalyst for development across a number of sectors, and the initial benefits could be felt as soon as the second quarter of 2021.

With Monday’s latest announcement, experts told Arab News that the impact could be felt even sooner.

Zaki Alagl, owner of a number of accessory stores in Riyadh, told Arab News that the decision will help energize the Saudization process as global companies turn to local experts and utilize Saudi talent to develop their business in the Kingdom.

It will also boost competitiveness in the market, with the influx of foreign expertise brought by these businesses into various sectors, as their knowledge is passed down and expanded on by local talent, Alagl said.

“The decision affirms the Kingdom’s inclination to attract foreign investment. The probability of it affecting the local market is high even before it’s applied,” he added.

“Big companies won’t wait too long to invest, as that will cost them greatly through higher rent costs and manpower.”

Talat Zaki Hafiz, an economist and Saudi Financial Association board member, applauded the decision, saying most foreign companies generate up to 40-60 percent of their regional revenue and income from the Kingdom, so the policy makes sense.

“Moving regional offices to Riyadh will create job opportunities for Saudi youth (men and women), and in turn will help reduce unemployment rates that reached 14.8 percent in the third quarter of last year,” Hafiz said.

He added that in the first nine months of 2020 alone, the Ministry of Investment granted 812 foreign investment licenses despite lockdown periods and intermittent border closures.

“This announcement is likely to further support and encourage such activity, which in turn will have positive implications for the Kingdom’s real estate market, and this will not be limited to just its commercial real estate sector,” Khan said.

Ali Al-Hudaif, CEO of Al-Sudais Transport, said the influx of potentially hundreds of international companies to the Kingdom will help raise standards among local businesses.

He added that the move will be good for local small and medium enterprises as it will open up the market, and may lead to more mergers and acquisitions involving local firms and international brands looking to get a foothold in the Kingdom in order to comply with the new rules.

Setting a deadline of 2024 gives international companies time to prepare and evaluate where they want to set up their new headquarters, Saudi economist Fahad bin Juma’a told state TV channel Al Ekhbariya. “If they want to deal with Saudi Arabia then they need to come to Riyadh,” he said.

The timing also gives the Kingdom time to get its marketing in place, to help companies move employees and integrate internal processes.

These were the details of the news Global companies to be rewarded for setting up in KSA: Officials for this day. We hope that we have succeeded by giving you the full details and information. To follow all our news, you can subscribe to the alerts system or to one of our different systems to provide you with all that is new.