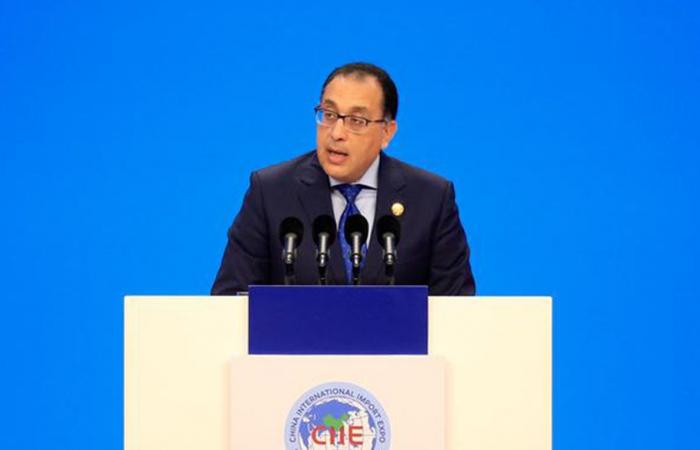 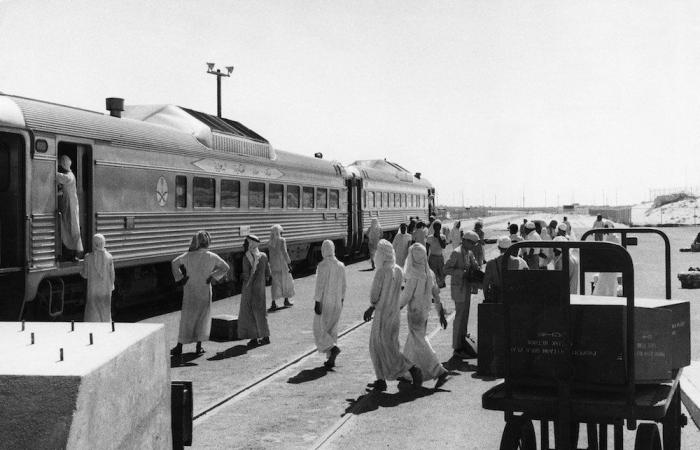 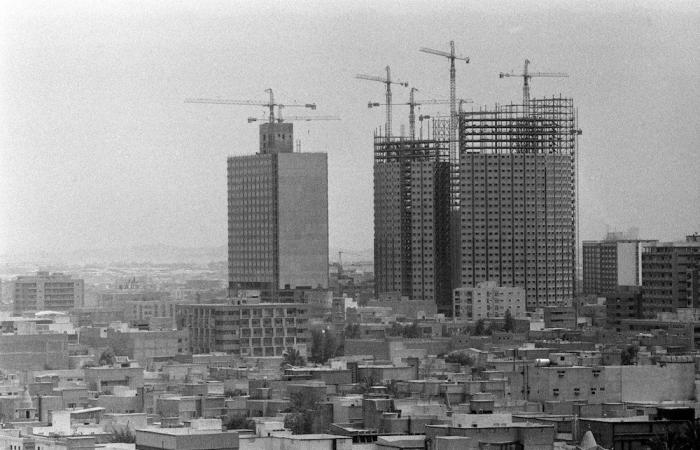 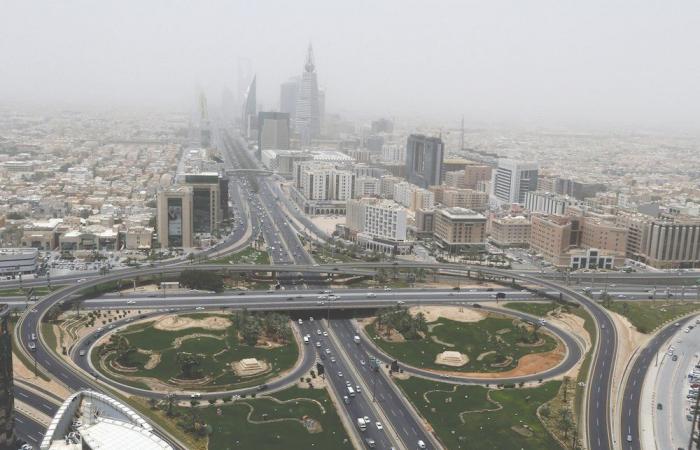 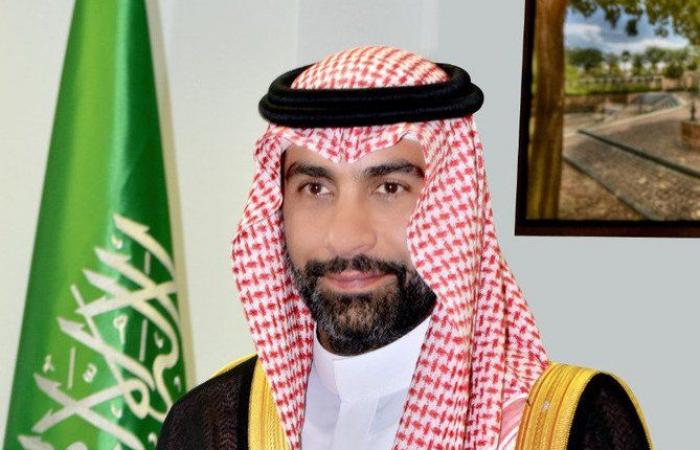 By 2030, the Saudi capital will at least double in size from its current population of around 7.5 million people. It will be the hub for one of the 10 biggest urban economies in the world. Plus, it will be a livable, human-centric city with green spaces, recreational facilities and an urban lifestyle to attract talent from around the world to the biggest city in the Middle East.

“True growth begins in the city, whether in terms of industry, innovation, education, services, or other sectors. I have no doubt that the world economies are not based on nations, but on cities,” the Crown Prince said at the event, organized under the theme “The Neo-Renaissance.”

The plans for a Riyadh renaissance are to be implemented by Fahd Al-Rasheed, the president of the Royal Commission for Riyadh City (RCRC), who is well aware of the challenges presented by the ambitious strategy. “Vision without execution is hallucination,” he said.

A detailed road map for the transformation of the city is currently being prepared, likely to be unveiled in the second quarter of the year. It will have to add gritty detail and — hopefully — solutions to the economic, social, demographic and financial challenges the plan involves.

But experts in urban development strategy in the Middle East have told Arab News that, far from being an over-ambitious daydream, the strategy is practical, achievable and ultimately beneficial.

Karl Sharro, London-based architect and editor of the forthcoming book “The New Arab City,” said: “Historically, it is totally plausible. Riyadh is so important for the history of the country.”

Todd Reisz, also an architect based in Amsterdam whose new work “Showpiece City: How Architecture Made Dubai,” has just been published, said Riyadh already has “a very substantial capacity to plan a city and organize its components.”

Jeff Merritt, a San Francisco-based expert in smart cities and urban transformation for the World Economic Forum, said: “Such rapid urban expansion is not implausible, but you have to learn from the experience of other world cities.”

The urban experts agreed that, while Riyadh’s plans were ambitious, they were not unprecedented. In fact, the Saudi capital itself has a long history of such rapid growth.

Writing in the journal Scientific Research, architecture expert Saleh Al-Hathloul said: “Riyadh had grown from a small town of less than half a million inhabitants into a large metropolis of 7 million during the past 50 years. The speed and scale of its transformation have had few parallels.”

Between the 1930s and the 1980s, Riyadh roughly doubled in size each decade. As the center of administration for the new Kingdom of Saudi Arabia, it attracted ministerial and other government buildings, as well as a diplomatic quarter and a central business district with all the financial and commercial apparatus of a capital city.

In the 1970s, the booming city needed the skills of a master-planner, and the authorities called in Constantinos Doxiadis, an architect and urban planner who had worked on many projects in his native Greece, as well as in the Middle East and Pakistan, where he designed the new capital, Islamabad.

By the 1990s, Riyadh’s development was taken over by the Ar Riyadh Development Authority (now a unit of the RCRC), which launched MEDSTAR — the Metropolitan Development Strategy for Ar Riyadh — seeking to bring structure to the city’s rapid expansion.

It aimed to create urban subcenters (one of which is the basis for the King Abdullah Financial District), new suburban developments, and the public transportation system being built around the Metro.

“Saudi Arabia and Riyadh have a history of urban planning,” Reisz said, pointing also to the development work at Jubail and Yanbu and newer economic and industrial hubs as examples of this tradition.

Saudi Arabia also has the lessons for other cities around the world that have experienced such phenomenal expansion. In the Middle East, there is the model of Dubai, which achieved the Riyadh goal of doubling population in a decade more than once in its 50-year history as part of the UAE.

Reisz highlights the central role of architecture in Dubai growth: “Modern architecture made Dubai in the physical sense, but it also delivered an image easily conveyed and broadcast,” he wrote.

From further afield, the example of the dramatic demographic growth in China will also be in the Riyadh planners’ case-study folder. Several Chinese cities have grown from provincial towns to become megacities in the past few decades, matching the country’s rise as an economic superpower.

Chongqing, in the center of China, has become an urban giant of more than 30 million people in the space of a few decades, remarkable even for a country where 10-million-plus cities seem to spring up almost overnight.

“For Saudi Arabia, China is a nice parallel, because urban growth there has been driven by centralized government policy,” said Sharro.

As Crown Prince Mohammed bin Salman highlighted at the FII conference, the driving force for the Riyadh expansion will be economic. Riyadh represents about 50 per cent of the non-oil economy in Saudi Arabia, and enjoys cost advantages over other urban centers.

The cost of creating jobs in the city are 30 percent less than other cities of Saudi Arabia. Reisz endorsed that rationale. “Cities are tools to reach economic goals. Cities build economies. Their development requires integration between economics, finance and urbanism,” he said.

The Riyadh plan relies heavily on the city’s ability to draw business in to take advantage of the size and growth of the Kingdom’s economy. The RCRC and the Saudi investment ministry have collaborated on a program to persuade big multinational companies to set up their regional headquarters in the city, and were able to unveil 25 such new corporate entrants last month.

Attracting more new HQs in the city will depend to a large degree on the incentives currently being finalized as part of a wide-ranging reform of corporate and financial law to further improve the Kingdom’s standing in the global competitiveness league tables.

Private investment in the Riyadh project is a key factor. Al-Rasheed said that most of the first-stage capital would come from government investment, though it is clear that later multi-billion-dollar stages would expect a bigger contribution from private sources keen to get on the ground-floor level of the development.

The great cities of the world are human environments as well as economic centers, and the “neo-renaissance” strategy lays great emphasis on the “livability” factor.  The Crown Prince painted a picture of a green city with big public open spaces, where millions of trees would be planted to protect the environment and make urban life in a desert environment more comfortable.

The greening of Riyadh will also be accompanied by a boom in entertainment, cultural and leisure activities as part of the liberalization of the Kingdom’s social environment under the Vision 2030 strategy.

“For example, as more women feel free to go out alone or with their friends, that will change the social fabric of the city,” Sharro said, highlighting a factor that is likely to be reflected in the new urban design and architecture of the growing city.

“Riyadh now is a car-dominated city, but will they take the opportunity to move to a more European style, to densify? There is potential to grow population numbers without expanding outwards in an urban sprawl by having more apartment buildings and more social facilities available locally,” he added.

Merritt pointed to the ambition of Paris to become a “15-minute city” where most social, cultural and commercial amenities are reachable on foot, a concept that also has an echo in The Line, the central urban strip of the NEOM development. “You don’t want a city devoid of humanity dominated by cookie-cutter buildings,” he said.

The planners at the RCRC have other priorities too as they prepare to unveil detailed plans for the renaissance of the city: The provision of utilities and energy in a sustainable way, the expansion of Riyadh’s digital capability and, by no means the least, the formal opening and ultimate expansion of the metro system.

Much will depend too on the ability to generate jobs in the city to meet the aspirations of the growing, and increasingly youthful, population.

But the urban experts seem genuinely excited by the prospects for the Riyadh renaissance, as Reisz explained. “I would have to have a crystal ball to see how it will all work out, but if I was a young Saudi man or woman, I’d be delighted to be part of it,” he said.

These were the details of the news UNESCO provides technical support for Historic Cairo development projects for this day. We hope that we have succeeded by giving you the full details and information. To follow all our news, you can subscribe to the alerts system or to one of our different systems to provide you with all that is new.