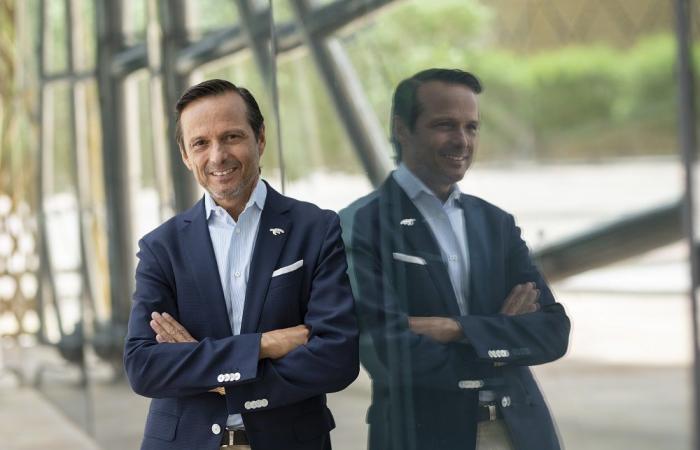 Thank you for reading the news about Red Sea Project set to secure new financing, launch off-plan sales: CEO and now with the details

Jeddah - Yasmine El Tohamy - JEDDAH: Wednesday’s launch of the dolphin-shaped Coral Bloom luxury island project is just one part of the rapid development taking place along Saudi Arabia’s Red Sea coast, with the main developer behind the project close to finalizing $3.7 billion in investment from local banks, and off-plan sales set to begin in the second quarter of this year.

In an exclusive interview with Arab News, John Pagano, CEO of The Red Sea Development Co. (TRSDC), confirmed that off-plan sales of real estate units will begin in the second quarter, but will be at a limited capacity of around 300-400 units.

The majority of the units sold in the first phase will be placed in the rental pool for guests, he said.

TRSDC is wholly owned by Saudi Arabia’s Public Investment Fund (PIF) and its main focus is the Red Sea Project, which was announced by Crown Prince Mohammed bin Salman in July 2017.

Work at the project site is well underway, and the developer last year announced it had awarded approximately $4 billion worth of construction projects in 2020.

Pagano confirmed that the first four hotels, and an international airport, will open by the end of next year.

Twelve more hotels are scheduled to open before 2023, and upon full completion in 2030, the project will comprise 50 hotels offering up to 8,000 hotel rooms and 1,300 residential properties across 22 islands and six inland sites.

On Wednesday, the crown prince launched the Coral Bloom development as part of the Red Sea Project.

Designed by the world-renowned British architectural firm Foster + Partners and located on project’s main island, it will be the world’s fourth-largest barrier reef system.

During the design of Coral Bloom and the wider Red Sea Project, Pagano said the emphasis was very much on preserving the location’s unique surroundings.

With no more than 22 islands selected for development out of more than 90, the CEO stressed the importance of keeping the pristine nature intact, and the construction crew will “work around the area’s unique biodiversity to positively enhance the area.”

In January, Pagano was also appointed CEO of Amaala, a 4,000 sq. km. luxury tourism project located roughly midway between the gigantic NEOM development to the north and the port city of Jeddah further south.

Both the Red Sea Project and Amaala are backed by the PIF, and Pagano said of the $3.9 billion capital equity already provided by the sovereign wealth fund for the development of both projects, $1 billion have been spent so far.

He confirmed that another $3.7 billion will be provided by local Saudi banks and will be concluded soon, bringing the total capital across both projects to $7.8 billion.

While the projects have received backing from local developers and lenders, Pagano said he is keen to tap into the international investment market, but is aware that many will first need proof of concept before they sign on the dotted line.

“Investors have choices, as you’ll appreciate, and they’ll apply different risk premiums depending on their perception of risk,” he said, adding that while it is currently an “an untried and unproven market,” he is optimistic that when international investors get to see the Red Sea Project and the government’s plans for the area, they will come on board.

“As we get to that stage and they start to see the successes, I think it’s going to open up huge investments.”

With off-plan sales set to launch in the second quarter, Pagano stressed that there will be great opportunities for pioneer investors, and “early movers should make more money in the long run.”

“We’re not looking for mass tourism … We’re going to limit the number of visitors. Why? Because we want to protect the environment,” he said, adding that the location is the company’s biggest asset. “It sits on our balance sheet in the same way as our capital does.”

An example of TRSDC’s bid to adopt the best possible environmental credentials is the fact that it has already completed the first stage of platinum certification as part of the Leadership in Energy and Environmental Design (LEED for Cities) industry award certification.

The company is also working with the US Green Building Council to ensure that the natural environment is protected and enhanced during the construction period and beyond.

“We want to lead the world through example, not just words. There’s a different way that you can approach development: Don’t take your natural capital for granted,” Pagano said.

These were the details of the news Red Sea Project set to secure new financing, launch off-plan sales: CEO for this day. We hope that we have succeeded by giving you the full details and information. To follow all our news, you can subscribe to the alerts system or to one of our different systems to provide you with all that is new.