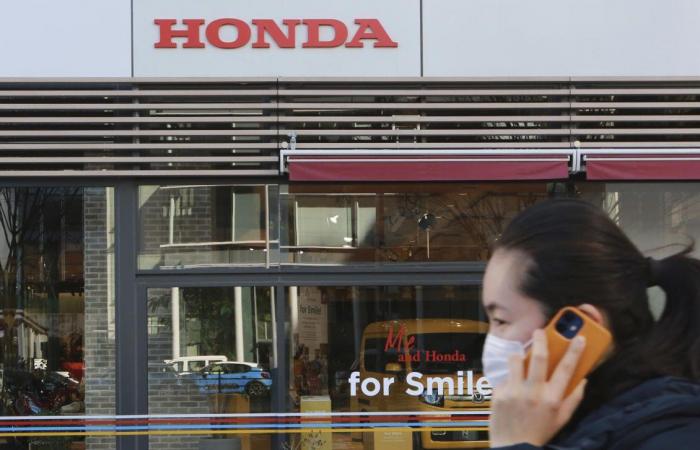 Jeddah - Yasmine El Tohamy - TOKYO: Honda reported Tuesday its fiscal third quarter profit more than doubled to 284 billion yen ($2.7 billion) despite the coronavirus pandemic as auto sales grew in Japan and the US
Japanese automaker Honda Motor Co. had reported a 116 billion yen profit for October-December a year earlier.
Honda’s quarterly sales inched up less than 1 percent to 3.7 trillion yen ($35 billion).
Cost cuts also helped boost Honda’s bottom line, despite difficulties caused by the pandemic, including computer chip shortages, according to Tokyo-based Honda.
The maker of the Accord sedan, CR-V crossover and Asimo robot said it carried out a major review of its operations to streamline expenses.
Honda said its motorcycle sales slipped in the three months through December to about 3 million motorcycles from 3.1 million units a year ago.
Auto sales held up, increasing slightly to 809,000 vehicles from 808,000 vehicles.
Honda raised its profit forecast for the year through March to 465 billion yen ($4.4 billion), up from the previous projection for a 390 billion yen ($3.7 billion) profit.
The latest forecast is also better than the 456 billion yen profit Honda earned the previous fiscal year.
But Honda warned the outlook remains uncertain because the impact from COVID-19 was still unclear.
Japanese rivals Nissan Motor Co. and Toyota Motor Corp. also report earnings this week.
The pandemic has affected industries, companies and regions differently, mostly negatively.
But some companies, including Honda, have proved resilient, holding better than some others.

These were the details of the news Japan automaker Honda’s profit rises despite pandemic damage for this day. We hope that we have succeeded by giving you the full details and information. To follow all our news, you can subscribe to the alerts system or to one of our different systems to provide you with all that is new.