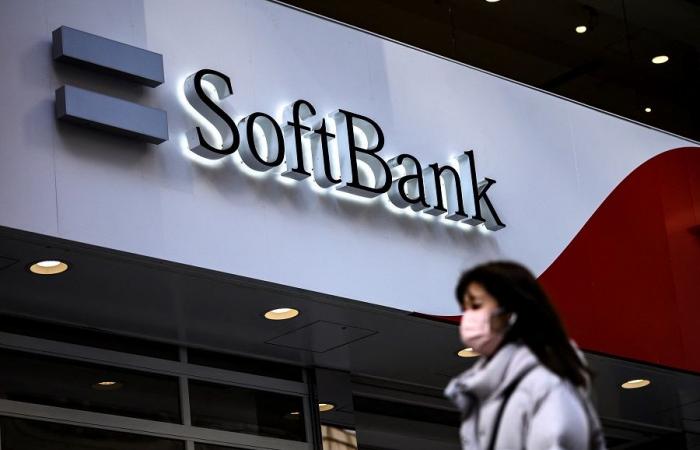 Jeddah - Yasmine El Tohamy - TOKYO: SoftBank Group said net profit rocketed to $11.1 billion in the third quarter, as CEO Masayoshi Son taunted critics and dubbed his Vision Fund a “goose that produces golden eggs.”
The telecoms firm turned tech investment behemoth said net profit for October-December hit 1,171.9 billion yen ($11 billion), more than 21 times higher than the 55 billion yen ($500 million) reported a year earlier.
Despite the results, it said it would not provide a forecast “due to numerous uncertainties affecting earnings.”
But the economic crisis that has accompanied the coronavirus pandemic has worked largely in SoftBank’s favor, with rallies in tech stocks it owns and rising valuations for firms in its portfolio suited to the era, including food delivery.
SoftBank reported a nearly $9 billion net loss in the previous full fiscal year, but has quickly returned to the black.
Founder Son, who has battled critics of his commitment to sometimes-troubled start-ups, came out swinging at a presentation of the firm’s results.
“Just a year ago, a lot of mass media criticized the Vision Fund as a fund which is wrong and not functioning, only laying rotten eggs, but I believed in it,” he said at an earnings presentation.
“I want to say once again SoftBank is a producer. It’s a producer of golden eggs.”
“Since the Vision Fund began, the number of eggs has increased at an accelerated pace... And it is finally entering a harvest period.”

SoftBank has stakes in some of Silicon Valley’s hottest start-ups through its $100 billion Vision Fund.
In a statement, the firm said the fund soared thanks to “a rebound in the public equity markets” and rising values of portfolio companies.
“Businesses in sectors such as e-commerce, entertainment, health care, education, food delivery, and the future of work have benefited from the accelerated adoption of digital services” during the pandemic, the firm said.
“Conversely, companies in sectors such as travel and hospitality are recovering at a slower pace.”
Son has consistently backed the firm’s worth, insisting its stock has been undervalued and its fundamentals remain strong.
Masahiko Ishino, an analyst at Tokai Tokyo Research Institute, said SoftBank had benefited from soaring stock markets buoyed by government stimulus to tackle the economic crisis.
The firm and its SoftBank Vision Fund “took full advantage of monetary easing,” he told AFP before the results were released.
The value of the Fund’s stake in US food delivery app DoorDash also rose massively following its initial public offering in December.
SoftBank has invested heavily in tech-based start-ups including ride-hailing platforms in recent years, from California-based Uber to Didi Chuxing in China, Singapore’s Grab and India’s Ola.
Last month, SoftBank Group announced the sale of $2 billion-worth of stocks in Uber following a surge in the US ride-hailing giant’s value, though it still remains the firm’s main shareholder.

SoftBank has launched an aggressive plan to sell up assets to finance a stock buy-back and reduce its debt, raised around 5.6 trillion yen so far.
In December it sold an 80 percent stake in robotics firm Boston Dynamics to Hyundai in a deal that values the US company at $1.1 billion.
And in September, it announced an agreement to sell British chip designer Arm to US firm NVIDIA for up to $40 billion, potentially creating a new giant in the industry.
If approved, the deal will be one of the largest acquisitions in the world this year and propel NVIDIA to the forefront of the semiconductor sector.
But the sale faces challenges — including securing approval from regulators in Britain, Europe, the United States and China.
Paired with the recent recovery in tech stocks, SoftBank’s asset-sale strategy appears to be paying off, but analysts warned the firm may need more risk-management and to keep reviewing its portfolio.
“The impact of monetary easing is likely to be weaker” if another global equity rout strikes the market, Ishino warned.
“SoftBank Group needs to consider such scenarios by rebuilding its corporate structure, and we will pay attention to how it will transform itself in preparation for the future.”

These were the details of the news SoftBank CEO touts ‘goose with golden eggs’ as profit soars for this day. We hope that we have succeeded by giving you the full details and information. To follow all our news, you can subscribe to the alerts system or to one of our different systems to provide you with all that is new.