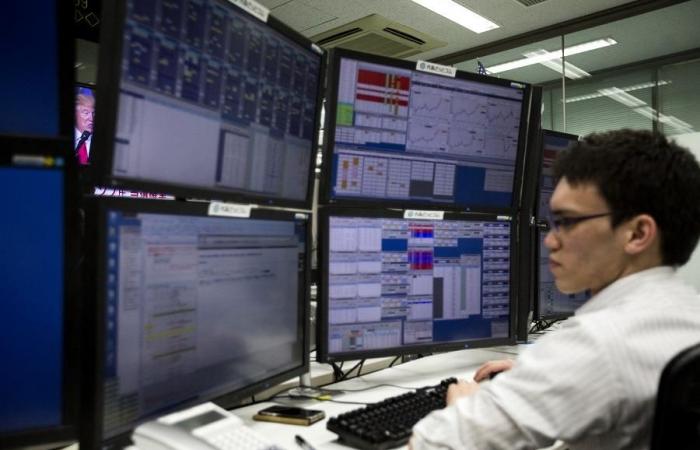 Thank you for reading the news about Asian shares, oil buoyant on economic revival hopes and now with the details

Jeddah - Yasmine El Tohamy - SYDNEY: Asian shares hovered near record highs on Monday while oil surpassed $60 a barrel on hopes a $1.9 trillion COVID-19 aid package will be passed by US lawmakers as soon as this month just as coronavirus vaccines are being rolled out globally.

In a sign Europe and US markets would start strong, eurostoxx futures and Germany’s DAX rose 0.7 percent each, while London’s FTSE futures added 0.6 percent. E-mini futures for the S&P 500 were up 0.4 percent in early Asian trading.
The mood was upbeat in Asia with all major indexes clocking gains.
MSCI’s broadest index of Asia-Pacific shares outside Japan rose 0.5 percent to 721.11, not far from an all-time high of 730.16 touched late last month.
Japan’s Nikkei jumped about 2 percent while Australian shares ended 0.6 percent higher. Chinese shares advanced with the blue-chip CSI300 index up 1.3 percent.
Hopes of a quicker economic revival and supply curbs by producer group OPEC and its allies pushed oil to its highest level in a year as it crossed $60 a barrel.
Global equity markets have scaled record highs in recent days on hopes of faster economic revival led by successful vaccine rollouts and expectations of a large US pandemic relief package.
On Friday, the Nasdaq and S&P 500 hit all-time highs on stronger-than-expected corporate results in the fourth quarter and as companies were on track to post earnings growth for the first quarter instead of a decline.
The rallies came even as US data painted a dour picture of the country’s labor market with payrolls rising by 49,000, half of what economists were expecting.
The weak report spurred the push for more stimulus, underscoring the need for lawmakers to act on President Joe Biden’s $1.9 trillion COVID-19 relief package.
Biden and his Democratic allies in Congress forged ahead with their stimulus plan on Friday as lawmakers approved a budget outline that will allow them to muscle through in the coming weeks without Republican support.
US Treasury Secretary Janet Yellen predicted the United States would hit full employment next year if Congress can pass its support package.
“That’s a big call given full employment is 4.1 percent, but one that will sit well with the market at a time when the vaccination program is being rolled out efficiently in a number of countries,” said Chris Weston, Melbourne-based chief strategist at Pepperstone.
Expectations of a US economic recovery have not boosted the greenback though, “because this shift in prospects is seen by the market as part of a global recovery,” Westpac economists wrote in a note.
“Investors therefore favor risk taking, and so value the safety of the US dollar less.”
Indeed, the greenback came off a four-month high against the Japanese yen to be last at 105.50.
The euro was a tad weaker at $1.2036 after rising 0.7 percent on Friday to a one-week high.
The risk-sensitive Australian dollar eased from a one-week high to $0.7675.
In commodities, Brent crude and US crude climbed 59 cents each to $59.93 and $0.57.44, respectively.
US gold futures were up 0.1 percent at $1,815.4 an ounce.

These were the details of the news Asian shares, oil buoyant on economic revival hopes for this day. We hope that we have succeeded by giving you the full details and information. To follow all our news, you can subscribe to the alerts system or to one of our different systems to provide you with all that is new.