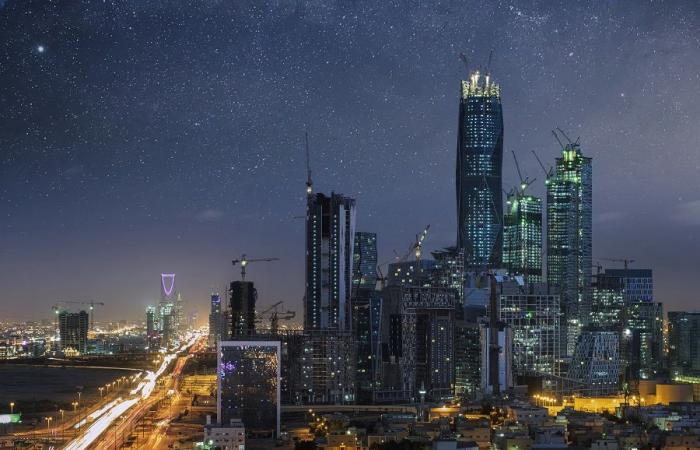 Jeddah - Yasmine El Tohamy - DUBAI: Major international companies who have agreed to set up their regional headquarters in Riyadh have endorsed the Saudi capital’s ambitions to become one of the top business cities in the world.

The Royal Commission for Riyadh City has set a target to attract up to 500 foreign companies to set up their regional headquarters in the Saudi capital over the next 10 years, according to a report by Al Arabiya.

Twenty-four international companies on Wednesday officially signed agreements to establish their regional offices in Riyadh, part of the government’s wider plan to create 35,000 new jobs for Saudi nationals and boost the national economy by up to SR70 billion ($18.67 billion) by 2030.

The official ceremony followed an announcement on Thursday by Crown Prince Mohammed bin Salman to double Riyadh’s population and transform it into one of the 10 richest cities in the world.

“All of Riyadh’s features set the groundwork for job creation, economic growth, investment, and many more opportunities,’’ the crown prince said at the Future Investment Initiative gathering in the capital.

The first of the hundreds of companies set to make Riyadh their regional hub over the next decade have written testimonials to the Kingdom’s plans.

Eugene Willemsen, PepsiCo’s CEO for Africa, Middle East, South Asia, said: “We’ve been active in Saudi Arabia for around 60 years and are one of the largest food and beverage companies in the Kingdom. We very much look forward to continuing to be part of the future of Saudi Arabia and support the realization of the ambition of Vision 2030. We’re proud to sign the commitment today and be one of the early-adopters of the vision for Riyadh.”

Chief Executive of Deloitte in the Middle East Mutasem Dajani said: “Riyadh is undergoing a remarkable transformation to reinforce its position as one of the world’s major global centres for business, tourism and quality of life. Deloitte is honoured to be a strategic partner for the city on its journey to achieve its ambition under Vision 2030.”

Robert Kruidenier, vice president of growth emerging markets at Boston Scientific, said: “Saudi Arabia is the most strategic market in the region and we are certain that by establishing our regional hub in Riyadh we will expand our regional footprint and create high skilled employment in the Kingdom and develop solutions that matter most to clinicians, hospitals and with the ultimate goal of positively impacting patients’ lives.”

Riyadh Al-Najjar, Saudi Arabia country leader at PwC, said: “We are proud of our trusted relationship with the Saudi government and supporting the Kingdom’s transformation from our regional consulting headquarters in Riyadh. With a large number of mega cross-sector projects Riyadh is quickly becoming a global destination.”

Bechtel’s president of regions and corporate relations, Stuart Jones, said: “We are inspired by the changes and reforms in Saudi Arabia. We aspire to be a good partner to help realize the ambition of Vision 2030, and establishing our regional headquarters in Riyadh brings us one step closer to that partnership.”

Olivier Le Peuch, chief executive officer, Schlumberger said: “Riyadh is transforming to become a world class economic capital. This memorandum is aligned with our vision for the Kingdom and to our commitment to the success of Saudi Aramco. We pride ourselves in being associated with the future of Riyadh and look forward to enabling an ambitious and exciting new future in this city, for our industry and for the world.”

Silicon Valley-based venture capital firm 500Startups chief operating officer, Courtney Powell, said: “We’re excited about the acceleration in the tech ecosystem, the youth and the startups we’ve seen firsthand in Riyadh, across Saudi Arabia, and the wider region since we started investing here more than five years ago.”

Neeraj Teckchandani, director at Tim Hortons Middle East, said: “We are very excited about the transformation and innovation that we have seen in the Kingdom and we are honoured and privileged for the opportunity that you have given us to be part of this journey. We have big plans and ambitions for our growth in the Kingdom and the wider Middle East.”

James Kirby, head of EMEA at CSG International, said: “The digital transformation occurring today in Riyadh is fueling exponential growth and economic activity. Riyadh is a prime environment for CSG to accelerate its Middle East business strategy. We look forward to building upon the large contract we signed here this week and using it as a catalyst for continued economic development and investment in the city.”

Jan Demey, HICT president of the board, said: “Today we are in Riyadh with our team to work on several healthcare projects with the ministry of health and other organisations. For 12 years we have been working as expert consultants active in the Kingdom and now have decided to establish a regional headquarters in Riyadh to support the realization of the healthcare chapter of the 2030 Vision and to serve the entire Middle East.”

Bill Furman, Greenbrier chief executive and chairman, said: “Greenbrier is honored to play a role in the diversification of Saudi Arabia’s economy under the leadership of King Salman bin Abdulaziz and Crown Prince Mohammed Bin Salman. As specialists in freight rail equipment engineering, manufacturing, repair, management services, and financing, our regional goals are aligned with Vision 2030’s emphasis on investment, localization, and logistics. We are grateful to the Ministry of Investment for launching this initiative, and we look forward to collaborating with the Saudi government and private sector from our regional headquarters in Riyadh.”

Ghassan Mirdad, chief executive officer for the GCC at Katerra, said: “As a fast-growing construction technology startup, we believe Riyadh is the ideal destination for our regional headquarters. Progressive policy decisions and forward-thinking legal and regulatory frameworks have made it seamless for fast-growing startups like Katerra to establish and grow in the region.”

These were the details of the news Major global brands endorse Riyadh’s new business hub strategy for this day. We hope that we have succeeded by giving you the full details and information. To follow all our news, you can subscribe to the alerts system or to one of our different systems to provide you with all that is new.