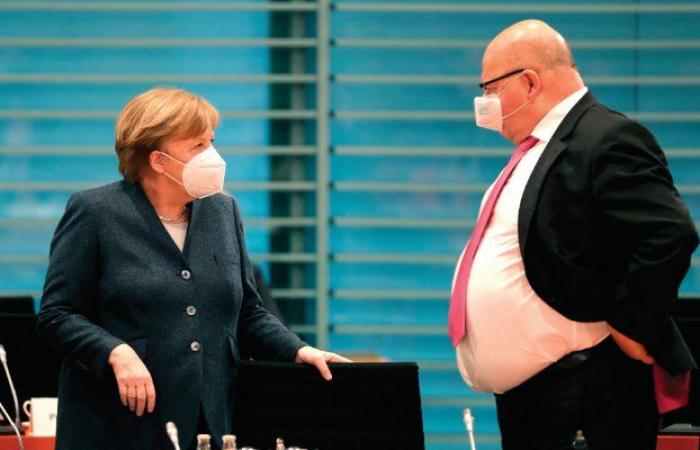 Jeddah - Yasmine El Tohamy - FRANKFURT, Germany: With German state finances reeling from the COVID-19 pandemic, the question of raising funds by selling government assets has become a hot topic ahead of this year’s general election.

Economy Minister Peter Altmaier, a close ally of Chancellor Angela Merkel, floated the idea of “reducing state participation” in businesses in an interview with Die Welt daily this week.

Flogging state assets could be all the more beneficial since their value has “increased considerably in recent years,” Altmaier said.

The money raised could help plug a gaping hole in state finances left by the coronavirus pandemic, which has already cost the government more than a trillion euros ($1.2 trillion) and forced it to lift its cherished “debt brake.”

But the suggestion has caused some consternation at the heart of the coalition government between Merkel’s conservatives and the Social Democrats (SPD).

Finance Minister Olaf Scholz, who will lead the SPD into September’s election as its chancellor candidate, called the idea “a little bizarre.”

State participation has played a “not insignificant role” at a time when the government is providing a “huge” amount of aid to prop up businesses and their employees during the pandemic, he said.

Another SPD politician, Soeren Bartol, has accused Altmaier of reigniting a debate that raged in the 1990s, marked by the privatization of former East German assets and the end of several government monopolies in the West.

Altmaier’s proposition comes at a time when Germany is considering the future of its “debt brake” — a constitutionally enshrined rule that forbids the government from borrowing more than 0.35 percent of gross domestic product (GDP) in a year.

Should the debt limit be reinstated once the pandemic is over, or is it time for Germany to permanently relax its position in the face of new challenges and embrace long-term debt?

The country has already taken on around €300 billion in new borrowing in 2020 and 2021, the highest level of debt in its recent history.

In January, Helge Braun, chief of staff at the chancellery, set the cat among Germany’s conservative pigeons by suggesting a longer-term suspension of the debt limit.

“The ‘debt brake’ cannot be complied with in the coming years, even with strict spending discipline,” he said.

It would “make sense to combine a recovery strategy for the economy in Germany with a change in the Basic Law,” he said, referring to the constitution.

The Social Democrats, for their part, prefer the idea of a huge hike in income tax.

Germany currently has around €50 billion worth of shares in listed companies, the Economy Ministry said.

That includes stakes in enterprises once majority-owned by the state, such as Deutsche Telekom and Deutsche Post, which the government could now dispose of at a good price as a minority shareholder.

It also has billions invested in unlisted companies, such as the recent 20 percent stake it took in power distributing company 50Hertz to block China from getting involved.

Indeed, Altmaier’s call for more privatization has come at a time when the government seems inclined to do the opposite — buying into some companies for strategic reasons or bailing out others in trouble due to Covid-19, such as tourism giant TUI and airline Lufthansa.

But selling its stake of over 15 percent in Commerzbank would not bring much joy at this stage — the value of its shares has since plunged by more than 80 percent.

These were the details of the news Germany’s virus spending fires up privatization debate for this day. We hope that we have succeeded by giving you the full details and information. To follow all our news, you can subscribe to the alerts system or to one of our different systems to provide you with all that is new.