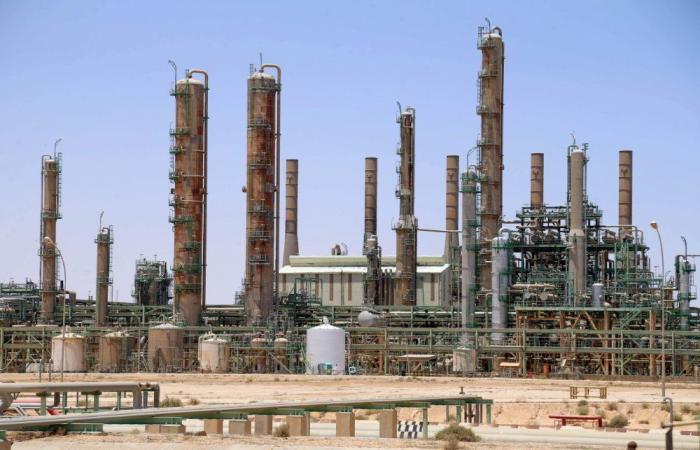 Thank you for reading the news about WEEKLY ENERGY RECAP: Despite long-term challenges, oil prices remain in healthy range and now with the details

Jeddah - Yasmine El Tohamy - RIYADH: Saudi imports from China rose 17.8 percent year-on-year in 2020 to $28.1 billion, according to a report from Mubasher, citing figures from China Customs.

Despite this increase, the Kingdom’s overall trade surplus with China was down 63.9 percent last year to $6.2 billion, thereport said.

Trading between the two nations has remained steady.

On Wednesday, Reuters news agency reported that Chinese government data showed the Kingdom was still the world’s biggest oil exporter, as well as beating Russia to keep its ranking as China’s top crude supplier in 2020.

Saudi shipments to China in 2020 rose 1.9 percent from a year earlier to 84.92 million tons, or about 1.69 million bpd, data from the General Administration of Chinese Customs showed.

Political commentator Zaid M. Belbagi wrote in an Arab News opinion piece that, with the increased importance of land and sea routes connecting Asia with Europe and Africa, China increasingly saw relations with the Arab world as “central” to its geostrategic ambitions.

“There is, however, a disconnect between the expansion of Chinese involvement in the region across the political and economic realms and the cultural and diplomatic connectivity required to deepen ties that will not only ensure Chinese interests, but also encourage Arab states to partake in the new world China is building in its own image,” he said.

Saudi-China relations have strengthened over the years. During the COVID-19 pandemic, ties were further strengthened with the two countries offering each other assistance and staunch support.

The past three years have marked a rapid increase in Saudi-China links. King Salman visited the country as part of a six-country Asian tour early in 2017, setting the seal on a “comprehensive strategic partnership” between the two countries when he met Chines President Xi Jinping.

That was followed by a later visit by Crown Prince Mohammed Bin Salman, adding greater depth to the relationship and further aligning the two countries’ main economic development plans — the Belt and Road Initiative by which China seeks to play a leading role in regional development, and the Vision 2030 strategy aimed at diversifying Saudi Arabia away from oil dependency.

China has also become the top export destination of Gulf Cooperation Council (GCC) petrochemicals and chemicals, accounting for about 25 percent of GCC exports.

At $180 billion, the GCC (GCC) trade with China accounts for over 11 percent of the bloc’s overall trade. In 2020, China became the GCC’s top trading partner, replacing the EU for the first time.

These were the details of the news WEEKLY ENERGY RECAP: Despite long-term challenges, oil prices remain in healthy range for this day. We hope that we have succeeded by giving you the full details and information. To follow all our news, you can subscribe to the alerts system or to one of our different systems to provide you with all that is new.