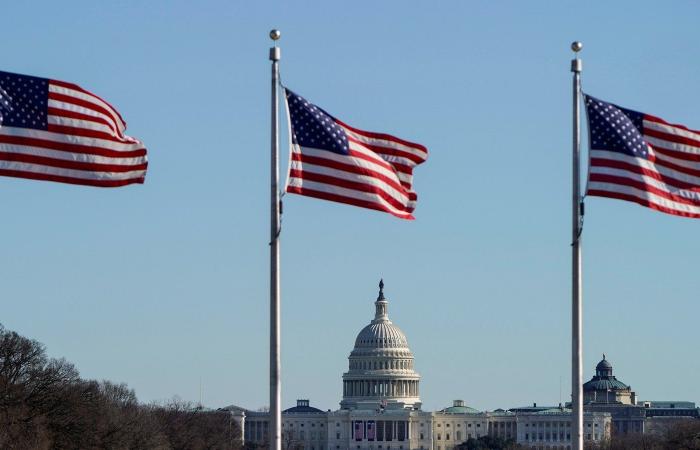 Thank you for reading the news about American Chamber of Commerce: Why Biden will be business as usual for US-KSA economic ties and now with the details

Jeddah - Yasmine El Tohamy - JEDDAH: While some analysts are predicting a change in Saudi-US relations following Joe Biden’s inauguration on Wednesday, the new chairman of the American Chamber of Commerce (AmCham) in the Kingdom of Saudi Arabia said he believes the change in the White House will not have any significant impact on relations between the two allies.

“The US has been a partner of Saudi Arabia since the 1940s and I think that goes very deep. We think that the Biden administration and presidential election victory will usher in new foreign policy changes. That’s a given when there’s any change in administration and especially in party,” Tarik Solomon, chairman of AmChamKSA, told Arab News.

AmCham recently launched its first chamber in Saudi Arabia. It is part of the United States Chamber of Commerce umbrella that has hundreds of branches around the world. In the region, there are already branches in Dubai and Abu Dhabi, as well as in Egypt and Lebanon.

Solomon said he expects a different communication style when it comes to the US-Saudi relationship going forward. “We will likely see a return to standard official communication procedures under Biden, rather than the decree by tweet policy of Trump,” he said.

However, the US-Saudi relationship is longstanding and is characterized by its pragmatism, Solomon said.

“Biden may request some concessions and will probably put stronger conditions on support. However, when you look at trade and investment, we’re committed to working tirelessly to elevate this relationship,” he added.

According to Solomon, AmCham’s aim is to strive for increased cooperation between the two countries in terms of trade and investment, to diversify the Saudi economy away from a dependence on hydrocarbons and to help raise the Kingdom’s profile in the US.

In 2019, Saudi Arabia was the US’ 27th-largest goods and service market, with a total value of $39 billion, focusing on military, energy, aluminum, fertilizers and petrochemicals.

“Those are extremely high figures when you look at, for example, military vehicles — that’s $2 billion on its own,” said Solomon. “There’s a lot of trade going on between the KSA and US and there’s a lot of room for growth.”

However, the chairman hopes to push more US companies into new sectors that have high potential and are pillars of the Saudi government’s Visions 2030 goals. Of the promising investment sectors in the Kingdom, Solomon highlighted manufacturing, tourism, entertainment, sports and technology.

“What we are looking at right now is the manufacturing sector. This is where work towards localizing renewable energy and industrial equipment is growing. We’re looking at sports, tourism and leisure,” said Solomon.

In addition to manufacturing, the technology sector is another promising industry with high potential, but Solomon said that there is a slight lag in US investment in technology and the digital economy, which he wants to push forward while it remains a greenfield space in the country, especially as the government increases investment in the sector.

Solomon highlighted the significance of Saudi Crown Prince Mohammed bin Salman’s visit to the US under the Trump Administration. “Crown Prince Mohammed bin Salman signed a significant amount of memorandums of understanding between the Saudi Arabian government and US entities, and some of those included Aramco and SABIC. We see this as an opening to new opportunities for US investment in a market that was traditionally heavily protected.”

Solomon believes that strategic dialogue in the trade and investment field will be the key to success and enhancing investment opportunities between the two countries.

“We need to remember what kind of a friend Saudi Arabia is and that they’ve always been there for us. We’ve always had a strong relationship,” he said. “Saudi Arabia has choices. Our goal is to be its first choice as a trusted partner.”

These were the details of the news American Chamber of Commerce: Why Biden will be business as usual for US-KSA economic ties for this day. We hope that we have succeeded by giving you the full details and information. To follow all our news, you can subscribe to the alerts system or to one of our different systems to provide you with all that is new.