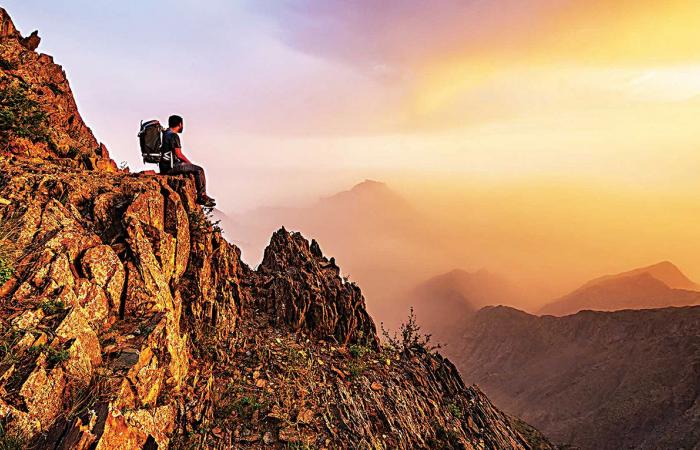 Jeddah - Yasmine El Tohamy - Saudi Arabia spends more on defense than all but a few other countries, but until now it has imported virtually all of its military equipment from abroad. Walid Abu Khalid aims to change that completely and irrevocably.

Abu Khalid, with a long career in the international defense industry, is CEO of Saudi Arabia Military Industries (SAMI), the company charged with expanding the Kingdom’s indigenous defense industry, with the goal of localizing at least 50 percent of supply by 2030.

That is a challenging target compared with a level of around 3 percent when SAMI was set up in 2017, but he is confident he can achieve it. “I’m shooting for a minimum of 60 percent, maybe more,” he told Arab News.

It was quite a coup for SAMI to acquire a company that Abu Khalid described as the “jewel of defense electronics in the region,” making it a 100 percent Saudi-owned company for the first time in its 32 year history.

No value was formally put on the acquisition when it was announced, but it was “definitely in the billions,” he said.

One of its main mandates — under the regulatory supervision of the General Authorities of Military Industries — is to support research and development of new defense technology.

The aim is for SAMI to be ranked among the top 25 defense companies in the world by 2030, and the acquisition of AEC has given it a big push in that direction, taking many years off the timescale toward that goal.

The deal also completed a personal journey for Abu Khalid, who was a senior regional executive of BAE Systems for several years.

Despite the change of ownership, he expects the relationship with the UK company to continue and become even more supportive in the new setup.

“They’ve been in the Kingdom for 50 years, and I have no doubt they’ll continue their full commitment to AEC projects,” he said.

The deal also brings AEC under the umbrella of the Public Investment Fund (PIF) — the Kingdom’s sovereign wealth fund and owner of SAMI — and the multibillion-dollar resources the PIF has.

“Any investment has to make big sense, and it has to have synergy, and it should be aligned to Vision 2030,” Abu Khalid stressed, adding that the PIF has been “extremely supportive” of SAMI.

Throughout its history, Saudi Arabia has relied on international partnerships to supply its defense needs, and has remained “one of the safest places to live in the region for the past 60 years,” Abu Khalid said. So what has changed now to prompt the move to grow its own defense industry?

“I think what’s changed is that we have an amazing leader now, with great vision to make our economy diversified from being totally dependent on oil,” he said.

“We have one of the largest defense budgets in the world, and it’s an unusual opportunity for the Kingdom to ensure that this industry can localize to the point where we can satisfy our own needs, and then look regionally and abroad in the future. It should’ve happened 40 or 50 years ago.”

The global defense industry is a multitrillion-dollar business, at the cutting edge of technology and extremely competitive between American, European and Asian companies.

It is also deeply involved in the sensitive world of international politics, and at the sharp end of geopolitical tensions.

Abu Khalid recognizes that there are limitations as to the kind of equipment and systems the Kingdom will be able to manufacture on its own.

“To design and manufacture very sophisticated fifth-generation fighter jets, for example, isn’t going to happen in the near future. It’s a huge amount of investment,” he said.

“But I think I’d turn the question around and ask what kind of things we can’t make. There are so many things that can be done immediately. Maintenance, repair and overhaul for example, UAVs (unmanned aerial vehicles), defense electronics, land systems — all these are feasible now.”

SAMI already has in its portfolio the Jeddah-based Aircraft Accessories and Components Co., one of the largest providers of maintenance and overhaul services in the Middle East.

In the highly innovative sector of defense electronics and avionics, SAMI is ready to take on the world.

“UAV is the future of aviation. In the near future, I’ll be very surprised if any country announced a new product in fighter jets that men actually fly,” Abu Khalid said.

“For Saudi Arabia, an unmanned fighter plane is absolutely doable. We’re already in collaboration with some Saudi research centers to work on unmanned planes.”

Such ambitious plans are now feasible because Saudi Arabia has a cadre of well-trained and experienced engineers who have learned their skill at some of the biggest international defense companies, and are ready to apply those skills at home.

“There are so many thousands and thousands of Saudis who studied abroad in the best universities in the world, and they’re coming back home and they’re doing great. We really have great talent that we’re so proud of in the Kingdom,” Abu Khalid said.

AEC’s workforce is 85 percent Saudi citizens, and the plan to further localize SAMI’s growing 2,500-strong workforce is a key element in his strategy.

“Without local talent I don’t think there will be a future, so preserving that is absolutely vital. We want to attract the best of the best, really that cream of the cream, when it comes to Saudi talents,” he said, highlighting the establishment of the SAMI Academy as a key part of the localization plan.

Saudi Arabia’s other great advantage is the wealth of international partnerships it has built up over decades as a good customer in the defense business, in addition to the relationship it has with BAE Systems.

Abu Khalid believes these relationships will remain and become stronger as SAMI seeks to build up its own industry at home.

“The world leaders in defense are the US, the UK and Europe, and they’ll be our key focus. There are good companies in South Africa and in South Korea that we’ll work with,” he said.

Saudi Arabia has been developing closer economic and investment ties with Russia and China in recent years, but has largely held off doing business with these countries in the defense sector. Might this change as SAMI seeks to broaden its group of international partners?

“We’ll always get direction from the leadership of the Kingdom. My focus is that we already have partnerships with many other companies. I want to do what’s best for my country and what’s best for my partners because I made a commitment to them,” Abu Khalid said.

“I’m not going to upset my existing partners, because my commitment to our partners is that we’ll work with full transparency. We’ll do what’s best for both of us.”

The other big issue in the international sphere is that Saudi Arabia is the subject of pressure in political circles in the US and European countries, where some politicians have talked about restrictions on sales of defense equipment to the Kingdom.

US President-elect Joe Biden, was outspoken on the campaign trail about considering further limitations on defense sales to Saudi Arabia, a move that could — counterintuitively — be seen as an impetus to SAMI’s strategy of building up an indigenous defense industry.

“We have to do what’s best for the Kingdom of Saudi Arabia. We fully respect our leadership to point us in the right direction and take the right decisions,” said Abu Khalid.

“Like any other company, we have to work with restrictions and we’ll always respect them. But we’ll have to do what’s best for the Kingdom, and this will come through the direction of the leadership of the Kingdom.”

In some ways, with the restoration of relations between Qatar and Saudi Arabia, as well as between Israel and several Arab countries, the region looks like a less dangerous place. But the big confrontation between Iran and its Arab neighbors shows no sign of resolution.

Such matters, Abu Khalid says, are beyond his area of responsibility at SAMI. “Again, we follow the direction of our great leadership, and we do what’s best for the Kingdom,” he said.

These were the details of the news COVID-19 travel restrictions result in higher domestic activity for this day. We hope that we have succeeded by giving you the full details and information. To follow all our news, you can subscribe to the alerts system or to one of our different systems to provide you with all that is new.